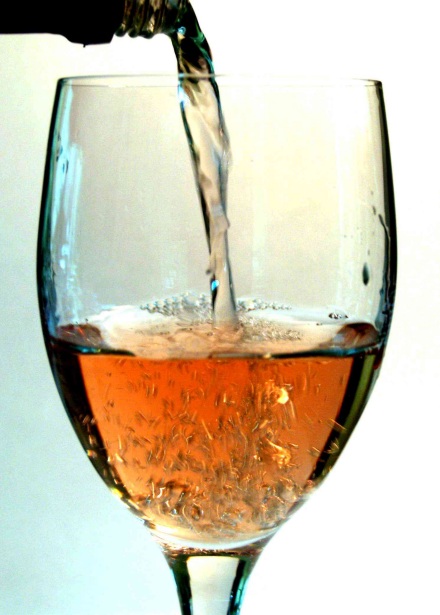 It’s not just age that makes us wiser. A new study has found that older women who drink moderate amounts of alcohol have slightly higher levels of mental function than non-drinkers.

Women over the age of 65 who have up to three drinks per day performed better on tests of concentration, language, memory and abstract reasoning than their sober sisters. “Women with moderate levels of alcohol intake … had less adverse changes in cognition over time, and about half the risk of dementia [than non-drinkers],” said Mark Espeland, professor of public health sciences at Wake Forest University Medical School and lead author of the study.

The study, done by a team of Wake Forest researchers, was published online in the May 31st issue of Neuroepidemiology. Espeland says the study brings up questions as to how alcohol protects mental function in the long run. Researchers think it may be because alcohol increases levels of HDL-cholesterol (good cholesterol) in the blood, which lowers the risk of stroke, he said. Alcohol may also prevent the formation of plaque associated with Alzheimer’s disease—which may also account for the decreased risk of dementia, he said.

This protective process may be more strongly expressed in the areas of the brain relating to language, vocabulary and memory, according to Espeland.

Espeland and his team analyzed data from nearly 7,500 women enrolled in the Women’s Health Initiative Memory Study, a national study to assess the effects of hormone therapy on dementia and mental function.

Alcohol intake was assessed at the time of enrollment in the WHI studies using a questionnaire that queried intake of beer, wine, and liquor over three months prior to the start of the study.

The moderate drinkers showed better overall cognitive function and performed better when specific areas of their brains were tested for verbal knowledge, visual memory, verbal memory and motor speed. The only area in which the drinking women did not perform better was spatial ability. Espeland is not exactly sure why this is, but hopes to conduct further related research.

“We see this study as spurring some more work to try to find what mechanisms might be involved,” he said.

The question as to whether or not alcohol has real health benefits has been debated widely. Evidence that drinking daily lowers the risk of coronary heart disease appeared in the May 27th edition of the British Medical Journal.

Janne Tolstrup, lead author of the BMJ study, says that just because alcohol may be beneficial to one area of the body, such as the heart or the brain, does not mean it will be beneficial body-wide.

An editorial in the same issue of the British Medical Journal warned that people may use Tolstrup’s study to justify excessive drinking habits.

“Clearly, it would be unwise for doctors to advise non-drinkers to start drinking in an attempt to prevent cardiac disease,” the editorial states, “when there are other strategies supported by data from clinical trials, that have fewer harmful side effects.” Exercising and eating healthily have been previously shown to reduce the risk of cardiac disease.

Espeland, too, said that though his findings were significant, women should not yet change their drinking habits.