Extreme heat caused by global warming could be deadly. 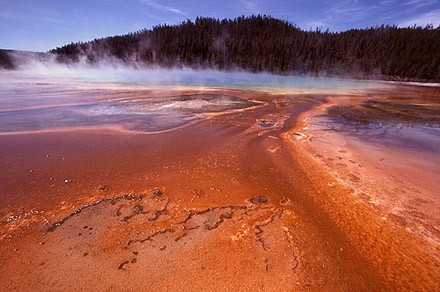 Global warming will raise temperatures year round, but the biggest changes will come in the dog days of summer, according to a recent report which predicts that the hottest days will get even hotter, and that there will be more of them.

This news is only one part of the United Nations’ Intergovernmental Panel on Climate Change’s Fourth Assessment Report, released last month, but it is asserted with some of the strongest rhetoric.

The IPCC authors say it’s “virtually certain” that the hottest days and nights of the year will be warmer in the coming century.

Overall, the average surface temperature is predicted to rise almost four degrees Fahrenheit, by the year 2100. But IPCC models from 2001 predict that the overall increase will be punctuated by more frequent extremely hot days.

“It’s not just the average temperature that matters to people,” said Rob Jackson, director of Duke University’s National Institute for Climate Change Research. According to Jackson, these extremely hot days pose an enormous risk, since more people die annually from them than any other natural climate source, including strong storms like tornadoes.

There’s already plenty of evidence that summer heat waves can kill thousands. In 2003, Europe experienced a very severe heat wave, and an estimated 30,000 people died due to heat exposure. In August of that year, the United Kingdom topped 100 degrees Fahrenheit for the first time since the country began keeping records in the eighteenth century.

According to Jackson, these hot days will also lead to more days with air pollution risks, since very warm temperatures spur the chemical reactions that turn pollutants into ozone smog. The most dangerous ozone levels typically occur on the hottest days of the summer.

But humans aren’t the only ones to be affected by these extremely hot days. Even though plant species have adaptive mechanisms that allow them to adjust to temperature changes, the newfound intensity might confuse the plants’ internal mechanisms and cause damage if the plants aren’t able to adapt quickly enough, according to atmospheric scientist Kevin Gurney of Purdue University’s Climate Change Research Center.

Certain ecologists, such as Susan Capalbo, of Montana State University’s, believe that there are some plant and crop species that will be able to adapt to more high-heat days and that adaptation could be observed within the next ten years.

She said warmer temperatures and moisture in the air will allow crops like wheat and soy to grow faster and bigger in some parts of the world, but that extreme heat may make it more difficult to grow some crops in the tropics, the place where many of the world’s poorest people live.

Since a future with more extremely hot days is all but inevitable, according to the IPCC, Duke University’s Jackson said he believes that political leaders will increasingly need to think about what steps they can take to reduce the health consequences. Providing air conditioning to the people who are at greatest risk of heat stroke, or at least making sure they have access to cooler temperatures, will soon become a priority, he said. The problem, of course, is that the electricity that powers air conditioners is often provided by burning the fossil fuels that add greenhouse gases to the atmosphere and contribute to more warming.

Worlds of Possibility: A look at the emissions scenarios climate scientists use to predict the future.

A New Twist on Tree Rings: Scientists turn to tree rings to learn more about our climate’s history.