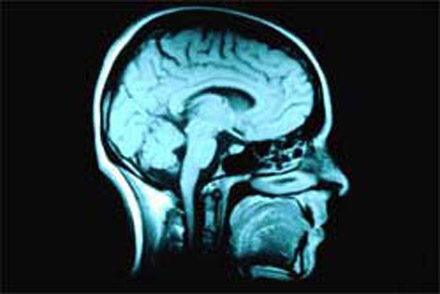 Meeting a patient with Tourette Syndrome, it’s easy for people, physicians included, to focus on the most obvious symptom: the tics. But while motor and vocal tics are telling signs of Tourette’s, they only represent part of the disease. Lawrence Scahill, Yale University professor of nursing and psychiatry, presented research on behavioral therapies that target other Tourette’s symptoms, such as anger, at a talk given at New York University’s Child Study Center on February 23.

Scahill studies several different behavioral treatments to help children and adolescents with Tourette’s. His research represents the first randomized trials of these kinds of therapies, according to co-investigator Denis Sukhodolsky at Yale’s Child Study Center and may lead to major changes in how Tourette’s is treated clinically.

“Larry’s been a real national leader in terms of this area of work,” said James Leckman, director of research at the Yale Child Study Center. Scahill’s interest in behavioral therapy is notable given that he was previously known as an authority on drug therapy for Tourette’s. He admitted that it took several years before he realized that, when it comes to children with Tourette’s, “it ain’t just the tics.”

He said parents of his patients often told stories about their kids’ tantrums and meltdowns, but they thought it was just part of the disorder and felt powerless to stop the disruptive behavior.

“I think there has been a tendency for physicians who care for people with tics to only focus on the tics, when things like anger control and disruptive behavior may actually be more impairing,” said John Walkup, an expert on Tourette’s and behavioral therapy at Johns Hopkins University.

One of the therapies Scahill described is aimed at parents. He said the goal of the Parent Management Training program is to teach parents techniques to alter their children’s behavior at home. In an article published in the August 2006 issue of the Journal of Child Neurology, Scahill and his team trained parents of children with Tourette’s for 10 weeks and then compared the kids’ behavior with children whose parents did not receive training. The results were promising–over 60 percent of the kids were less disruptive after their parents had finished the program–but Scahill acknowledged more and larger studies are needed before drawing any conclusions.

Scahill also talked about his and Sukhodolsky’s work with an anger management program that targets the kids themselves. Although nothing about anger control therapy is especially new, this is the first time such a program has been used for Tourette’s. This therapeutic approach seems apt because, as Scahill and others have pointed out, many kids with Tourette Syndrome also suffer from disorders like Attention Deficit and Hyperactivity Disorder, Obsessive Compulsive Disorder and Oppositional Defiant Disorder – disorders known to benefit from behavioral therapies. Scahill said the results from the anger management program have been very positive and may be even more useful if combined with the parent training program

The other behavioral treatment Scahill and his group are studying addresses tics rather than emotional symptoms. The treatment, called Habit Reversal Therapy, is normally used to break habits, such as nail biting and hair pulling, that are common in children and frequently persist into adulthood. Though Habit Reversal training has been somewhat successful in helping adults manage their tics, its use in children with Tourette’s is controversial. The traditional approach has been to use medication, such as neuroleptics and antipsychotics.

The behavioral treatment assumes patients can control their impulses, even though one of the hallmarks of tics associated with Tourette’s is that they are involuntary. Still, Scahill noted, most people with Tourette Syndrome get what is known as a premonitory urge, meaning that they can feel when a tic is coming on. The theory behind Habit Reversal is that if you can sense a behavior before it happens, then you can prevent it. Tourette’s patients are told to first watch themselves in a mirror so they are aware of the tics. Then they learn to counter their tics by focusing on creating a different movement, such as tensing the left arm if it’s the right arm that usually has the tic.

An audience member asked Scahill how practical this therapy was for treating children with Tourette’s. ” He’s right that this is not the easiest training in the world,” Scahill said after the seminar, “not because the techniques are so darn hard, but because it’s hard to motivate the kids.”

Still, Scahill is confident that Habit Reversal Therapy, along with other behavioral programs, will eventually become mainstream treatments for Tourette Syndrome. Considering that there are no drugs that treat Tourette’s specifically, the availability of behavior treatments that work could be immensely valuable, especially to children with the disorder.

Mis-Treating Our Veterans: Veterans Affairs’ clinicians are untrained in the most effective form of treating post traumatic stress disorder.