Renowned geneticist, journalists and policy makers discuss the frontiers of science and journalism. 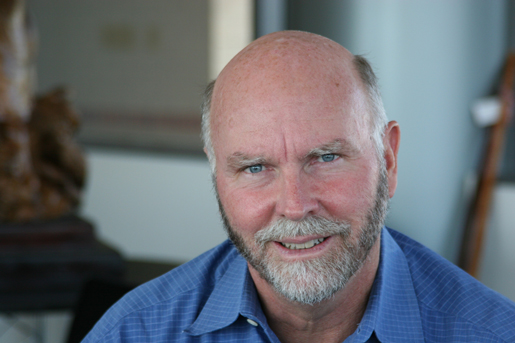 Recently, a panel of experts convened at the “Life By Design” symposium to discuss a bold, new frontier of science. A mix of scientists, journalists and policy makers spoke about the present and future implications of a type of genetic research that incites both hopeful excitement and fearful disdain—and how best to communicate it. The occasion marked the 25th anniversary of New York University’s Science, Health and Environmental Reporting Program, celebrated on September 29.

Craig Venter, best known for his work on sequencing the human genome in the late 1990s, was the keynote speaker. The scientist is now venturing into uncharted territory again, this time by synthesizing new patterns of genes. His latest feat of bioengineering involves artificially assembling DNA, which may bring new organisms into existence. His recently released book, A Life Decoded. My Genome: My Life, chronicles how he got to this stage in his work.

Venter explained how he used bits of genetic information taken from a simple organism, a bacteria called Mycoplasma capricolum, to stitch together a string of DNA outside of a cell, what he called “naked DNA.” He and his colleagues then injected it into a different species of the same bacteria with the hopes that the new instructions would “boot up” and orchestrate the cell. When the host bacteria started reproducing, Venter and his team found that the progeny had adopted traits of the species that provided the transplanted chromosome—the foreign DNA took command. Venter described the event as “genetic identity theft.” The success of this genetic transplantation, according to Venter, is a large step toward the ultimate goal of producing a synthetic organism.

According to National Public Radio science correspondent Robert Krulwich, many laypeople still don’t understand the true significance of Venter’s work. “[It] needs to be examined, explained, considered and challenged,” he commented. “The prejudice of the engineering culture that life is just engineered chemicals is not a trifling thought.”

Those wary of synthesized DNA often express security threats as a chief concern. This is especially important, explained Dr. Michael Stebbins, director of biology policy at the Federation of American Scientists, given the alarming incidents involving anthrax in 2001, the recreation of the poliovirus that same year and the current accessibility of DNA synthesis machines. “It’s not necessarily the fear of creating a crazy new bug that will wipe everyone out,” he said. “The real fear will be using the technology to re-engineer a virus that already exists in nature.” An example of this was the reassembly of leftover genetic fragments of the Spanish Flu virus from the deadly 1918 pandemic. But for now, he added, such engineering remains nearly impossible to do with the technology currently on the market.

Yet, alarmist views about synthetic biology, according to Stebbins, have produced a series of over-zealous laws that hinder the exploration of genetic material. One example is the stalled investigation of the poxviruses, a viral group that includes smallpox, due to stringent security measures. “It shows a real problem when you have laws being made by people who don’t understand the science,” Stebbins said.

The perception of synthetic biology epitomizes the tenuous relationship that can exist between science and the public. It sets up extremes in position from “breathless enthusiasm [to the] view that it’s subverting the will of God,” said Kathy Hudson, the founder and Director of the Genetics and Public Policy Center in Washington, D.C. There’s a lot of uncertainty, she continued, “and that’s not a good thing—although it may be for reporters.”

The conflicting views about this strange frontier of science make synthetic biology a fruitful topic to report, agreed Dan Vergano, a science writer for USA Today. “This is an unbelievably exciting area for reporters to write about,” he said, pointing out that it’s more than just informing the public about the hottest breakthroughs. “It’s important to keep in mind that this is new and broad; it means we have to put this in context. “That’s the problem,” he said, “you have to report the hell out of this story.”

Successfully reporting a scientific topic that is loaded with controversy and technical detail, NPR’s Krulwich said, means not giving the scientist the “priestly” status of an expert. Instead, the journalist must challenge the scientist with pointed questions that address the concerns of laypeople. “So that means you’re allowed to be stupid,” he elaborated, “[and] you’re allowed to have the scientist say, ‘you don’t know what you’re talking about.’”

These exchanges are also open to weighty yet friendly disputes. At one point in the discussion, Venter addressed the issue of unpredictable outcomes that a synthetic biologist might encounter when assembling very complex genetic systems. “I think biology is much more linear and explainable than we as a species like to think,” he commented. “We are going to find that we are a lot more of a [genetically] predictable species than our self-view would have it.”

“And I bet you we’re not,” Krulwich jokingly chimed in.

“That was very predictable,” Venter retorted with a smile.

Click here for a full rundown of the 25th Anniversary celebration, including video clips from the “Life By Design” symposium.