The Return of Dr. House

Thanks to a combination of technology, policy and economics, the venerable practice of the house call is making a comeback. 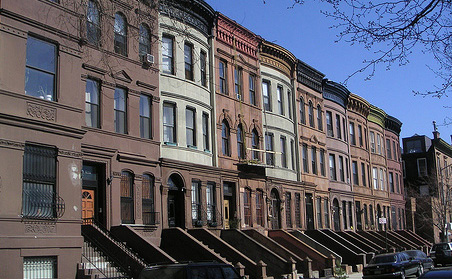 Could your apartment be the site of your next doctor's appointment? [Credit: Paul Masck]

** Editor’s Note: The staff of Scienceline is taking a short break to work on future stories. In the meantime, we will repost some of the site’s most popular articles from the last six months. We will return to publishing new content on May 19. This article originally appeared Feb. 29.

In New York City, health care has joined Chinese food as a takeout option. The once common but now rare house call is making a comeback. Thanks to smaller, more portable tests, a lack of urgent care infrastructure and a willingness to ignore insurance companies, the last year has seen a boom in doctors who integrate house calls into their business to provide convenience and care for a wide range of patients.

Last year, doctors Robert Glatter and Jay Parkinson of New York City altered their separate practices to concentrate on house calls. Neither was aware of what the other was doing, but the same forces were motivating them both.

“I feel like a country doctor, but in the city,” said Parkinson, whose practice focuses exclusively on house calls. “It’s going back to a time before the middleman.”

Throughout most of medical history, doctors primarily treated patients in their homes, only sending them to hospitals for emergencies. That paradigm changed in the mid-1960s, when health care moved to a more specialist-intensive regime. Soon, insurance companies adjusted their payments to take advantage of the newly centralized health care apparatus, making house calls unprofitable for doctors, and therefore almost pushed the practice to extinction.

Recently though, technology and demand have dovetailed to allow Glatter and Parkinson to bring the house call back. On the technology front, communication and medical technology have unshackled doctors from the hospital. With laptops, iPhones and BlackBerries, doctors can be reached anywhere, anytime. They can exchange patient charts via e-mail and book appointments over the Internet. Parkinson even uses instant messaging to communicate with his patients.

Medical technology has also allowed the doctors to be more mobile. Miniature X-ray machines, mini-sonograms, rapid strep throat tests and other assays allow the doctors to bring formerly bulky equipment and complex exams out of the hospital and into the home.

From the demand side, Parkinson and Glatter have tapped into a client base fed up with the state of urgent care. This is a level of need below emergency but above a chronic problem, like a large cut that needs stitches or a bad case of the flu or strep. Most of those cases are routed to emergency rooms, where the patients will most likely sit for hours, triaged as a lower priority than gunshot wounds or labors.

This discontent with the urgent care system provided a niche that Parkinson and Glatter attempt to fill with their house calls. Rather than waiting in line at an emergency room, wasting an entire day and risking further complications, patients can be treated promptly at their home or workplace.

For Glatter, this means serving a population that is willing and able to pay the high costs of medical care without insurance in exchange for the convenience of house calls. Businessmen who don’t have the time to wait for hours at the hospital for urgent care have Glatter come to their home or office, thus allowing them to avoid missing work. Glatter has even had his practice integrated into real estate developments, where an on-call physician has been included as an amenity.

Parkinson, on the other hand, aims to serve an uninsured population. His main client base is the large community of artists and young professionals in west Brooklyn who, by virtue of working freelance or in the service industry, cannot afford insurance. Parkinson also puts a premium on saving his clients’ time, making sure that people who really need the money miss as few work hours as possible while seeing the doctor.

This demand for quick and personal medical care is only going to grow in the coming years, said Michael Gusmano, an assistant professor of health policy and management at the Mailman School of Public Health at Columbia University. It seems that Parkinson and Glatter have tapped into a demand far larger than even they realize.

According to Gusmano, the demand for service when and where one wants is a hallmark of the aging Baby Boomer population. As they age, Medicare will adjust to fit their desire for medicine at the time and place of their choosing. Once Medicare changes, the insurance companies are sure to follow.

When the insurance companies make house calls profitable, the last hurdle is to see if it would work outside of New York City, in a place where the population is less centralized and travel more complex. Either way, home calls are clearly something consumers want. As Ciara Lacy, a patient of Parkinson’s said, “If I could get really good care without having to leave home, why not?”