Since Talk Like a Pirate Day fell on a Monday this week, it got supplanted by Mineral Monday, but pirates can't be ignored for long... 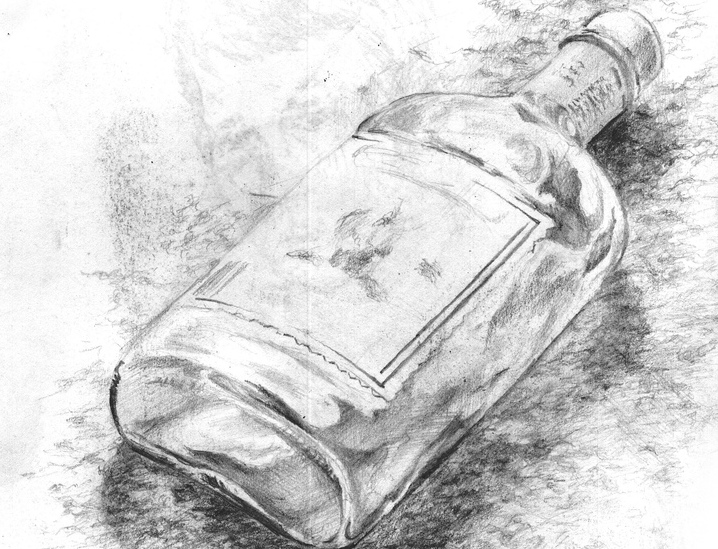 A pirate's life for me... [Image credit: Bigbadvoo]

Alcohol and archaeology totally go together, and not just because archaeologists enjoy drinking.* Last month, a team of underwater archaeologists from Texas State University found what they believe to be the wreck of Captain Morgan (the long-dead pirate legend, not the rum).

For the enlightenment of those of you that have only seen his likeness advertising bottles of rum, Captain Morgan was a pirate, though he would probably have preferred the term privateer. Originally from Wales, Henry Morgan had a normal, if unexceptional childhood in Wales, and shows up in history plundering the Caribbean coastline and generally wreaking havoc on the Spanish settlements there. Pillage, torture and murder were common activities for Morgan and his crew. They acted as the original military contractors for England, harrying their Spanish enemies on the high seas and on land. On one of their missions, Morgan’s ship, the Satisfaction, ran aground on a reef and sank.

But back to modern times. The Texas researchers had actually been investigating the site for years, but due to budget cuts the project was suspended.** Captain Morgan USA (the rum company, not the long-dead pirate legend) sensibly realized that an amazing PR campaign had just fallen into its lap, and opened its checkbook.

The investment was a good one — the researchers have already found a cache of chests from the ship. Although the chests haven’t been opened, they have produced a seemingly endless amount of speculation as to whether they contain the original Captain Morgan’s rum.

If you’re hoping to go diving down to the site yourself, you may have to wait for a while. We know from historical records that the ship was wrecked in a storm, which means that many valuables were probably left onboard.*** Because of that potential, the archaeologists have refused to reveal the exact location of the excavation. All we know is that it is located in shallow water off the coast of Panama, near the Lajas Reef where Morgan’s ships sank, and that any artifacts recovered are the property of the Panamanian government.

While waiting for any additional news about the archaeological site, let’s all take a moment to ponder what kinds of cash-strapped sites could potentially seek corporate sponsorship. Horticulturalists specializing in apple trees could get Apple to fund their research. Viking Press could provide capital for archaeologists in Greenland. And of course, ornithologists must be looking covetously towards Twitter’s ample bank accounts. The possibilities are endless.

** I want to know what cold-hearted individual decided to suspend the search for a real live pirate ship. Had they never seen Peter Pan or Muppet Treasure Island? Never read The True Confessions of Charlotte Doyle? Or the original Treasure Island? I MEAN REALLY.

*** More like the Whydah, commanded by the pirate “Black Sam” Bellamy than Blackbeard’s Queen Anne’s Revenge, which ran aground on a relatively calm day. The Queen Anne’s Revenge was emptied of most portable riches by the crew during a seemingly orderly evacuation process.