Diana Reiss' research changed the way we look at dolphins, but dolphin advocacy is her priority 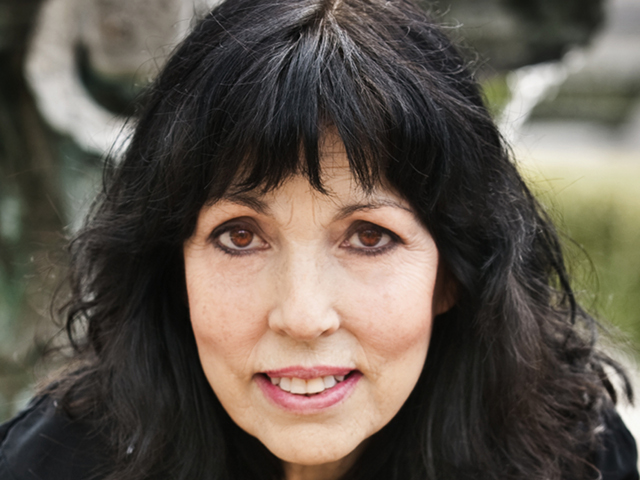 Reiss has been studying and fighting to protect dolphins for most of her life [Image Credit: Elizabeth Nolan]

The Sound and the Fury

In the fall of 1985, a giant humpback whale named Humphrey attracted international fame when he lost his way while migrating southward to breed. He ended up swimming into the San Francisco Bay instead. For two weeks rescuers from The Marine Mammal Center in California and the National Oceanic and Atmospheric Administration desperately tried to lead him back to sea but had little success. Finally, they called in Diana Reiss, a renowned dolphin researcher, to help. By then Humphrey was already 80 miles inland and his beautiful coat was decaying due to extended exposure to fresh water.

Reiss temporarily abandoned her dolphin research at Marine World and joined the flotilla that was trying to herd Humphrey back to the ocean. It was there that fellow marine biologist Kenneth Norris introduced Reiss and the rescue team to the oikomi technique – the Japanese method of creating a sound barrier to herd marine mammals. Together with Norris and other marine experts, Reiss banged metal pipes off the sides of their boats. The sound formed an acoustic barrier that coaxed Humphrey to swim south, out of the bay.

“Norris was the first to tell me about the technique,” says Reiss, sitting in her cramped office at Hunter College in New York City, where she is a full-time professor. Little did she know that the same method they used to save Humphrey was being used to slaughter dolphins in Japan. This would become a key issue of her advocacy work years later.

But Reiss didn’t start out as a marine biologist or as an activist. Her first inclinations were towards the arts. After attending an all-women’s college, she went on to a Master of Fine Arts program in stage design. She then began working at an independent and experimental Philadelphia theater. But a few years in, she realized that her heart was not completely in it, so she began taking courses in animal behavior at Temple University in Philadelphia. That’s when the “light bulb went on.”

In Philadelphia she met Stuart Firestein, a theater director who eventually became her husband. But after she ditched her stage design career to enter the world of animal behavior, Firestein and Reiss also parted. While Reiss pursued her research interests, Firestein chose to follow a similar path from the arts to the sciences. Eventually they got back together and like Reiss, Firestein moved into academia. He is currently the Department Chair for biology at Columbia University.

Her initial flirtations with the arts did not slow her rise in the scientific community. In 2001, Reiss and fellow researcher Lori Marino demonstrated that dolphins could recognize themselves in underwater mirrors. The dolphins’ behavior suggested that they understood they were seeing their own reflection. To further confirm this, Reiss and Marino conducted a mark test, in which the dolphins were marked on different parts of their bodies to see if they would use the mirror to view the mark. Indeed, the dolphins raced over to the mirror and positioned themselves so they could see the mark. This finding had major implications for how dolphins’ intelligence was perceived, placing them in a select group with humans and the great apes that had already shown mirror self-awareness. In a subsequent study, Reiss and her colleagues Frans de Waal and Joshua Plotnik of Emory University in Atlanta demonstrated that elephants also had this ability.

But it was the dolphin-mirror study that established Reiss, who was already well known for her work with signature dolphin whistles, as a leading expert on dolphin cognition.

Nowadays, Reiss splits her time between teaching animal cognition and animal communication, researching dolphin behavior at the National Aquarium in Baltimore, managing a new public lecture series on animal cognition called “Thinking Animals,” which she co-founded, and working for global protection of dolphins.

Reiss now sees herself as both an activist and a scientist.  In recent years she has taken the battle to the annual dolphin drive hunts in Taiji, Japan, where local fishermen use the oikomi method to round up and kill dolphins. The fishermen falsely believe, Reiss says, that the dolphins deplete the local fish population.

Reiss had been working to raise awareness about the practice since 2001, but she got a break when she met photojournalist Louie Psihoyos at a conference where she was giving a talk about the dolphin drives. As it turned out, Psihoyos had the financial backing of Jim Clark, one of the technology moguls who founded Netscape.

“He told me, ‘I have the money to make a movie about an environmental issue’ and I literally jumped on him,” recalls Reiss. “I told him you have to do it about the dolphin drives.”

The money helped him make The Cove, the 2009 Oscar-winning documentary about the dolphin slaughters in Taiji. Reiss served as a scientific advisor on the film.

But despite international pressure on the Japanese government, the practice continues today. Activists estimate that at least 1,486 dolphins have been killed since the start of the 2012 hunting season in September.

“Stopping the dolphin drives is the most important thing in my life — even more than research,” Reiss says, sitting in her office beside a large mirror. But not all scientists agree with Reiss’s advocacy. “I like to keep my science and advocacy separate,” says Paul Nachtigall, a dolphin researcher at the Hawaii Institute of Marine Biology. “I think good science speaks for itself and creates the necessary information for good conservation.”

Lori Marino, who gave up working with captive dolphins after the mirror study with Reiss, has publicly criticized her for working with dolphins in captivity. “You cannot support dolphin captivity and be an advocate for them,” Marino says. “To me those two things are inconsistent with each other.”

Reiss defends her activism. “Who better to speak out?” she asks. “If we have expertise then we should apply it.” As for the criticisms of her work with captive dolphins, “It’s not as black and white as it’s portrayed,” Reiss says.

“My focus is on the dolphin killings,” she says. “I’m not rah-rah captivity but everything else pales in my mind.” While Reiss believes that capturing dolphins or whales from the wild is unacceptable, she also says that keeping them captive is an issue that warrants  further discussion.

Reiss’s postdoctoral student, Rachel Morrison, is quick to come to her defense. “Diana wants the very best for all animals in captivity. The research is not the priority. The animals’ welfare is,” says Morrison.

While the debate over captivity continues, it’s hard to deny Reiss’ passion for saving dolphins. “I really couldn’t help myself from getting into advocacy,” she says. “We have to save them.”