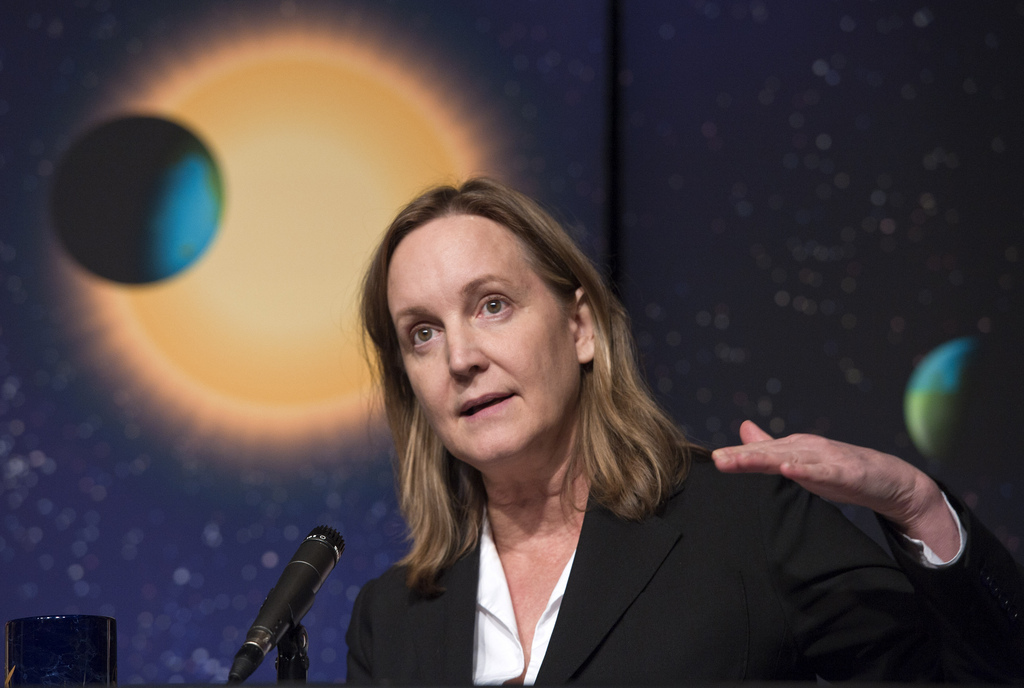 INFOGRAPHIC: A planet-hunter’s guide to the galaxy

A planet, Debra Fischer likes to tell her Yale students, “is a billion times fainter than the star.” Speaking from experience, she’s been searching for distant planets in the vastness of space for almost two decades and has been finding them with impressive regularity.

Listening to Fischer lecturing undergraduates in an amphitheater classroom, you immediately recognize her as an engaging explainer and committed teacher. But she’s much more: a female pioneer in a testosterone-infused field, a social activist in science, and a cutting-edge researcher finishing a new machine that may soon rock the field of planet-hunting.

Back in her sunlit office in a converted 19th-century mansion on Yale’s Science Hill, Fischer explains that downstairs, her graduate students are building the most precise spectrometer ever used in exoplanet research.

Spectrometers are crucial tools for planet hunters like Fischer, who use them to measure the wavelengths of light from distant stars. Periodic changes in starlight wavelengths suggest an orbiting planet is tugging the star — bluer as the star moves towards us, redder away.

In August, this technique helped astronomers find an Earth-like planet orbiting our nearest star neighbor, the red dwarf star Proxima Centauri. Fischer is sure that many more discoveries will be made soon with the help of more powerful tools like the ultrasensitive $5 million spectrometer she’s building, known as EXPRES, for EXtreme PREcision Spectrometer.

“I’ve spent twenty years trying to get to this point,” Fischer says. “Now I can take everything that I’ve learned, thought about, worked on and struggled with, put them into this instrument which is going be better than anything that’s been built before.”

With the help of better instruments like EXPRES, Fischer says, it may only be a matter of time until we find nearby exoplanets capable of harboring life. “We just need to figure out what we can do to push the limits [of our observational power],” she says. 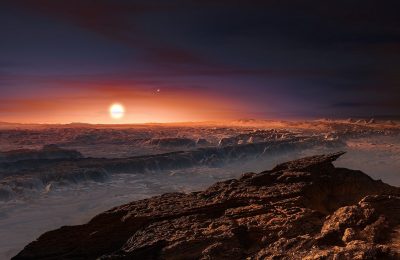 Represented here as an artist’s conception, the planet Proxima Centauri b excites a lot of people because it is just slightly larger than Earth and is only 4.2 light years away. [Image Credit: Flickr user European Southern Observatory | CC BY 2.0]

A youthful-looking 63, Fischer is the mother of three grown children. She lives in New Haven, Connecticut with her husband Ed and two Australian shepherds, Radar and Rocket. For two decades, she’s been hunting exoplanets — and finding hundreds of them, including the first multi-planet system ever discovered.

Fischer is now one of few prominent women astronomers in the United States, says Didier Queloz, a professor of astrophysics at the University of Cambridge and Geneva University. He believes Fischer’s success comes from her openness to new ideas. Fischer is well aware of “key technical developments to improve the stability and the precision of the machine she is building,” says Queloz.

What makes the EXPRES spectrometer unique is its targeted precision. To find more planets like Earth, Fischer says, we need to be able to detect wobbles ten times subtler than we are currently capable of picking up with the spectrometer that found the planet Proxima Centauri b.

Next fall, Fischer will install EXPRES on the Discovery Channel Telescope in Arizona. With EXPRES, she hopes to find Earth-like exoplanets in nearby star systems as part of her 100 Earths Project. But there’s no guarantee the machine will meet those ambitious expectations. EXPRES, and Fischer, might fail — which is why many of her colleagues admire her so much.

“She is willing to try something new and risky and harder,” says Sara Seager, a professor of planetary science at MIT and a 2013 MacArthur Fellow. “That’s the only way to make progress.” 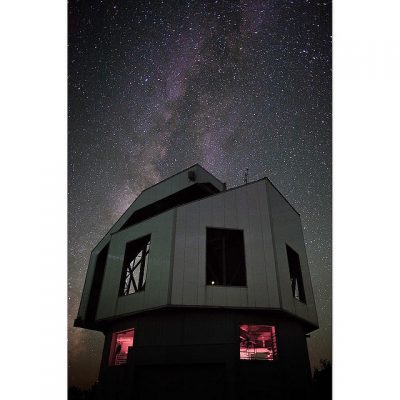 The Discovery Channel Telescope in Arizona will be home to EXPRES, which will have enough telescope time allotted to it to make observations every night. [Image Credit: Flickr user Lowell Observatory | CC BY-NC-ND 2.0]

Fischer is used to taking risks. When she studied for her master’s degree in physics at San Francisco State University in the early 1990s, there were never more than two women in any of her classes — often there were none at all.

But later, as she pursued her doctorate at the University of California, Santa Cruz, there were two women on the astronomy faculty: Sandra Faber and Jean Brodie. “It was unheard of,” says Fischer. “You don’t say this out loud, but subconsciously it’s registering: yeah, this is a place where I could be.”

Last summer, when Fischer organized a meeting about exoplanet instrumentation at Yale, she made a point of inviting women to chair sessions and give talks. But in the end, only 14 percent of attendees were women. “It was really disappointing,” Fischer says, especially when a male NASA project manager told her it’s because the field is technical and women don’t like instrumentation.

MIT’s Seager has seen improvement over the years. More and more women are working as postdocs and junior faculty members in astronomy, she says, and a “relatively large number” — “large” is not yet the right word — have reached the highest level in academia, full professor, like herself and Fischer.

There was plenty of competitive machismo in exoplanet hunting, especially in the early 2000s when discoveries were coming fast and astronomers were jockeying for credit. “I hate to be gender biased on this, but it was hard for me. And I think for many people who are sensitive — they would not like that environment,” Fischer says.

Fischer’s willingness to speak up also manifested itself in 2013, when she led a boycott of a NASA meeting — risking her future career and funding. After learning from Ji Wang, her then-postdoctoral fellow, that six Chinese researchers including Wang were banned from the meeting, Fischer went on Facebook and called out the space agency. It wasn’t fair to ban “people who are doing incredibly innovative work,” she explains.

At the time, Wang says, some colleagues worried that Fischer’s outspokenness could imperil her research support, but Fischer says she had no regrets. Although the boycott “caused a big problem and a lot of people were unhappy with me,” she says, getting people to like her is not her priority. “The first thing for me is making the world a more just, more fair place.” In the end, the meeting organizer backed off, and Wang and the other Chinese researchers were allowed to attend.

Wang is now a postdoctoral associate at the California Institute of Technology. When Fischer comes to California, he catches up with her and sometimes takes her out for dim sum.

“Although one man or one woman cannot change the entire attitude of the government,” Wang says, individual actions matter. He says Fischer not only taught him how to be a successful scientist but also “how to be a decent human being.”

Fischer thinks now is the time for her to be that “shoulder” for her students. “One thing I can do in my career is to figure out how to push the spectrometer’s precision to the limit” of 10-centimeters per second, says Fischer. “As my students are climbing up onto my shoulder, they will find 100 nearby stars that have Earth-like planets, and they will figure out if there is life out there.”

“That’s not hundreds of years away. That’s the next generation.”