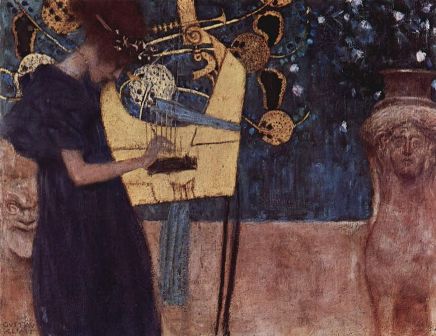 This Is Your Brain on Music: The Science of a Human Obsession

Music, postulated cognitive scientist Steven Pinker, is simply a byproduct of language evolution, taking advantage of our brain’s pleasure centers in the same way cheesecake fulfills our innate desire for fats and sugars. Song and dance are nothing more than empty-calorie instruments of instant gratification.

Daniel Levitin, however, sees it differently. In his new book, the record producer-cum-neuroscientist argues passionately that music is much more than an evolutionary byproduct—it is a specialized tool for arousing feelings and thoughts, and an appreciation for music is ingrained in all of us. By drawing from the most recent scientific studies in neurology and psychology and by referencing countless musical examples from Mahler to Metallica, Levitin makes the case that music processing is a basic cognitive function, essential to human nature.

Whether you’re a musician or a scientist (or both, or neither), Levitin’s enthusiastic, accessible prose will lead you through the complexities of both fields with ease. With the exception of a dense first chapter in which Levitin attempts to teach a whole semester’s worth of music theory in 41 pages—necessary for the following discussions, but hard to digest all at once—the book is a light, easy read. With an analogy elucidating every difficult scientific idea and a well-known musical example or two accompanying every technical musical discussion, the concepts in this book sometimes feel over-explained. Levitin’s conversational style and sense of humor save the text from becoming tedious, however, while retaining enough depth to hold the interest of even an expert.

Levitin draws together evidence from multiple disciplines to discuss a broad range of subjects, including what it takes to make a musical expert (a combination of genetic predisposition and diligent practice, according to studies) and why each listener prefers certain types of music over others, even though he or she often can’t articulate why. In the same way infants are born with the capability to learn any language in the world, people are born with the ability to appreciate any style of music—it is only through cultural conditioning, for example, that Western children learn to appreciate the harmonies of Mozart or the Beatles and begin to find the music of other cultures strange. During certain important periods in our lives, such as adolescence, music is encoded deep in our memories and associated with powerful new feelings—giving rise to the nostalgia that invariably comes from hearing the favorite songs of your teenage years.

Music engages the human brain at every level—it elicits emotions in our evolutionarily ancient “reptilian” brain, ignites “low-level” processing of simple elements like pitch and loudness, and ultimately requires “high-level,” more sophisticated understanding of melody and structure. Musical memories are equally complex, and in exploring the possible ways we retain musical information, Levitin ably discusses the frontiers of neuroscience, psychology and even philosophy. Why is it that we can recognize a tune we know, even if we hear it performed half as fast and at a different pitch than we’ve ever heard before? This question, first posed by German philosophers in the late 19th century, is fundamental to understanding how the human memory works.

And like many of the questions raised in this book, it has no definitive answer. Levitin makes no apologies for science’s limited understanding of the human mind; in fact, he revels in the unknown. Perhaps because of his background as both a musician and a scientist, he manages to convincingly link the incomprehensible beauty of music with the rigorous pursuit of scientific knowledge. “What artists and scientists have in common is the ability to live in an open-ended state of interpretation and reinterpretation of the products of our work,” he writes. The strength of this book lies in Levitin’s unflagging belief in this harmony between music and science, and his infectious enthusiasm in communicating it.

I fully agree with PINKER. He is absolutely original.
However, I also seriously consider the view of Ed Hagen (evolutionary anthropologist , Washington State University) who sees War Songs and Lullabies Behind Origins of Music. Maybe Pinker’s “spandrel” fits in here.