An innovative project uses solar power to empower the poor. 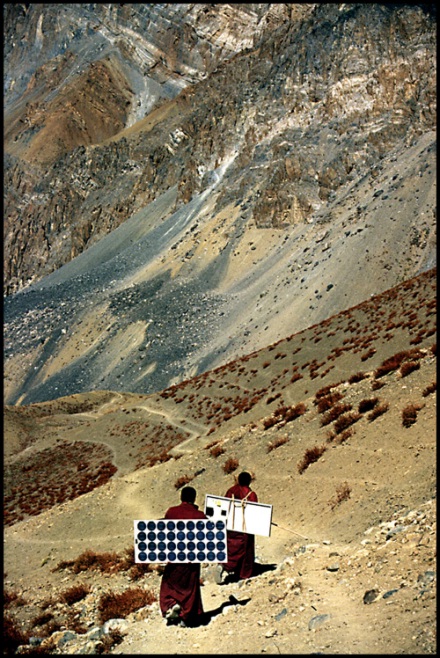 A group of impoverished but empowered engineers has been harnessing solar power to electrify villages in India, Afghanistan and Ethiopia. And they’ve been giving their own lives a jump-start in the process.

These “barefoot engineers” are men and women from poor rural backgrounds who spend six months training at the Barefoot College, an educational center in Tilonia, India. The program combines 21st century science with traditional knowledge to teach the construction, installation, and maintenance of everything from solar panels to rainwater collection tanks.

The results are encouraging; the barefoot approach has spread to 16 states in India, plus Ethiopia and Afghanistan. The Asian Development Bank and other organizations are currently funding or discussing new barefoot startups in African countries such as Cameroon, Gambia and Sierra Leone.

“It’s no mystery here—it’s quite a simple approach that can have miraculous results,” says Brenda McSweeney, who worked with the Barefoot College when she headed the India office of the United Nations Development Programme.

She recalls a Tilonia “barefoot volunteer” named Bhagwat Nandon, a Hindu priest and teacher who knew nothing about electricity. As Nandon worked alongside a Danish engineer on solar power systems, his skills and his confidence grew.

“Before long, he too was wiring up solar lanterns and training other barefoot solar engineers,” she says.

McSweeney notes that the barefoot women may get an even bigger boost in self-confidence through the program. As they run about on rooftops to jury-rig and repair solar panels, they earn respect in their villages. This is a major accomplishment in India, a country struggling with a legacy of gender discrimination.

The man behind this growing grassroots movement is Bunker Roy, an Indian visionary whose efforts have earned him awards and praise worldwide.

“A lot of development efforts collapse from lack of sensitivity to the local situation,” says James L. Koch, founding director of the Center for Science, Technology & Society at Santa Clara University. By contrast, he says, the Barefoot College’s grassroots approach ultimately leaves important decisions up to locals.

Koch credits Roy’s work with a “very rich impact” on quality of life, standard of living, and local environments in regions where individuals live on less than a dollar a day.

The Barefoot College approach is usually contrasted with larger-scale development efforts such as the UN Millennium Villages project, which is using millions of dollars to provide assistance to 79 village “clusters” across a dozen countries. The head of that effort, Jeffrey D. Sachs of Columbia University’s Earth Institute, hopes to start having an impact at the national level soon.

One pilot Millennium Villages program is in Rwanda, a country that has been wracked by genocide and civil war. But the current government, at both national and local levels, has been very cooperative, which minimizes the corruption and lack of transparency that can sink development efforts.

“In Rwanda, it happens that we have a window,” says Josh Ruxin, a public health expert and project director for the Columbia Earth Institute’s effort. The project provides support in health, education, and microfinance throughout the country. But Ruxin notes that the local village committees decide which area receives priority. He also says that there is a “hands-off approach” when introducing new technologies—perhaps not entirely different from the barefoot idea.

“We’ve got a team of 45 people, and everyone is Rwandan…knowledge is available locally,” Ruxin explains. “People know what needs to happen, but what’s lacking is resources.”

By injecting those resources into Rwanda and using the country as a proving ground for the project, Ruxin and his colleagues hope to maintain an uninterrupted stream of funding. The goal is that communities gain enough traction to become self-sustaining in two years. Ruxin and others expect that once appropriate knowledge and resources are used efficiently, the project will expand rapidly to district, provincial and finally national levels.

The barefoot approach, however, works slowly by spreading its values to individual villagers and then whole villages. McSweeney and Koch agree that Roy is careful not to expand too quickly, giving villagers time to gain independence and self-confidence in their own skills.

If successful, the Millennium Villages project may have a far wider impact than the Barefoot College in the short term. But while the Barefoot College may not be the only solution to helping poorer countries improve their quality of life, its roots grow deep wherever they take hold. A little sunlight doesn’t hurt, either.

We are in a poor rural area and would like to know more about the Barefoot College, including admission details (as above) and how we may go about helping our people participate in this wonderful international effort to channel solar energy. We are deeply committed environmentalists who lack resources but have courage and committment in abundance. Thanks.

Global warming is a major problem. I have read a lot of documentation about solar energy and windmill. I have actually started to build one windmill.I would like to know if it’s possible for my son who is only 14 years old to enroll at the barefoot college and about admission, fees and syllabus. Thanking you.