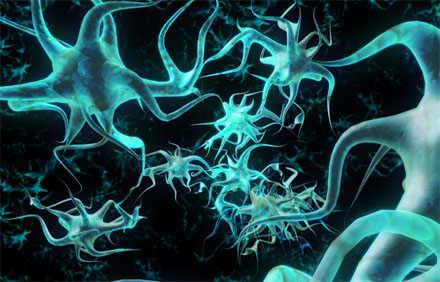 Hynek Wichterle left the Czech Republic on the heels of a political revolution. Now, he is one of a growing number of scientists participating in a quiet scientific revolt in the United States by using private funding to fund his work in the controversial field of human embryonic stem cell research in order to circumvent federal funding restrictions.

Wichterle, an assistant professor of pathology at Columbia University, is a senior scientific advisor for Project A.L.S., a non-profit organization created to find a treatment or cure for amyotrophic lateral sclerosis, commonly called Lou Gehrig’s disease.

Project A.L.S. recently opened a privately funded lab in New York City where controversial research, including work on embryonic stem cells, will proceed unfettered by federal funding limitations. The lab operates under tight security in a secret location due to safety concerns.

Wichterle was looking for new experiences when he left the Czech Republic in 1993, soon after the Velvet Revolution. “There were not a lot of opportunities to go abroad,” Wichterle recalls. Taking advantage of a “fortunate opportunity,” he accepted what he thought would be a short-term position as a research technician in the Boston laboratory of another Czech scientist. Less than a decade later, with a Ph.D. in hand, Wichterle published his most influential work on directing stem cells to a specific fate.

Wichterle speaks quietly and thoughtfully as he describes his research, making it sound deceptively simple, while illustrating his points with cartoon drawings of cells and embryos on a lined pad of paper.

Wichterle’s method for systematically directing the development of stem cells into specialized neurons demystified stem cell biology, a field that was, at times, close to alchemy, according to Thomas Jessell, a neurobiology professor at Columbia and research advisor for Project A.L.S. As Wichterle’s post-doctoral mentor, Jessell witnessed his research first-hand. He calls Wichterle an original thinker and remarkably intuitive scientist.

Wichterle has used stem cells from mice to recreate important steps of embryonic development: the transition from a mouse embryo with unspecialized cells to an adult with distinct cell types. Specifically, he developed a surefire method for converting mouse embryonic stem cells into cells that look and act like motor neurons.

Motor neurons, the cells that transmit nerve signals between the spinal cord and muscles, rapidly degenerate in ALS patients, causing physical disability and eventual death. The ability to generate these cells in the lab provides a tool to help scientists study the disease.

Motor neurons are not all the same, nor do diseases such as ALS affect them in identical ways, Wichterle explains. Generally, ALS affects a patient’s limbs first. This means that the neurons sending signals to the arms and legs degenerate before those connecting to the back or abdomen, for example.

By creating various types of human motor neurons from stem cells in the lab, Wichterle hopes to find differences that protect some motor neurons from the disease. If he can find those differences, researchers will have a better understanding of how the disease develops and may eventually be able to create a protective environment in the more sensitive cells before the ravages of ALS set in.

Wichterle was confident enough in this approach to forgo federal support in order to utilize it for human stem cell experiments. “What Project A.L.S. is trying to do is open a lab space that should be accessible to researchers in academic institutions such as Columbia University, and also other institutions in New York City and the vicinity, that want to work on [embryonic stem] cells that are not ‘presidential,’” Wichterle explains.

“Presidential” cells are the only human embryonic stem cell lines currently approved for research in federally funded labs. These include lines – collections of stem cells with the same genetic makeup – that existed before August, 2001. At that time, President Bush issued an executive order prohibiting federal funding of research using newly created lines.

Last July, Bush used his first-ever veto to defeat a bill that would have expanded the type of stem cell research eligible for federal support. The bill would have allowed scientists to use newer embryonic stem cell lines generated from embryos donated by parents undergoing in-vitro fertilization.

Dr. William Hurlbut, a medical ethicist at Stanford University and member of the President’s Council on Bioethics, agrees with Bush’s decision, and opposes funding the kind of research that Wichterle conducts. Because generating new embryonic stem cell lines destroys embryos, something many Americans find morally objectionable, Hurlbut says federally funding this research would be an “institutional endorsement” of technology contrary to the values of many of the taxpayers supporting it.

But many researchers argue that the selection of presidential embryonic stem cell lines is insufficient. Jessell likens the situation, in which researchers must choose from a handful of available stem cells lines for all kinds of research, to being given two cars and being asked to choose one to drive in all terrains, be it the Andes mountains or Sahara desert.

Because Wichterle’s proposed ALS research will use stem cells and techniques that are not federally approved, he cannot do some of his research in a publicly funded lab.

Wichterle describes an even more ambitious and controversial approach he hopes to use in his private lab: using a technique called somatic cell nuclear transfer (SCNT) to create embryos containing stem cells that are genetically identical to ALS patients’. Sometimes called “therapeutic cloning,” this technique involves transferring DNA from the nucleus of an adult donor cell to a modified egg to create cells identical to the adult donor.

Not everyone shares Wichterle’s enthusiasm about such techniques. Hurlbut decries all forms of SCNT and other research that require destroying embryos, saying that they lead to increasingly difficult choices that “degrade the very humanity they are trying to heal.”

Though there is currently no federal law against it, there have been attempts to ban all forms of SCNT in the United States. Wichterle acknowledges the controversy, but seems unfazed by it.

“You can argue that many things scientists do in the laboratory could be misused and could develop into potentially harmful things,” Wichterle says, “but that doesn’t argue for banning this kind of work.”

I have ALS and everyday I feel like am slipping away more and more. I try and keep up with research that is going on. There is nothing much around me, but I would consider traveling for a clinical trial or any help. Thank you

Sir: I have just recently published a book on a patient with ALS that follows my wife’s disastrous trip through the disease. As the caregiver I documented what she and I went through over the four years she had the disease. The proceeds from the book are all put into “The Constance Joan Schneider Conte ALS Group Inc.” to be used to pay for ALS patients to have a doctor come to their house when needed. As the Group finances grow money will be given to scholarships for medical students and nurses persuing research or aid for ALS patients as well. We would appreciate it if you would run a short article on the book in your paper. I have included a brief introduction to the book beow. Will you help our cause by advertising the book. Our website is http://www.alsgroup.org.
Joseph Conte, Chairman

“Connie and Joe, her husband and caregiver, travel
down the road together for fifty years. Through their fifty years of marriage the road twists and turns through periods of births, trauma, love and happiness. The final stretch in the road ends in sadness as Connie survives cancer and then contracts ALS, Lou Gehrig’s disease. In an effort to obtain a cure for her ALS, she and Joe travel Down the Yellow Brick Road to China, to meet this Wizard of Oz.”
152 pages – $12.99 (paperback)

i love dem stemmy cells, they grow out of ground secretly. i buy em at de wal-mart. 2 dolla per stem.

I love Itsan Berium he is so right. and 2 dolla is so cheap. I just want to know if stem cells are related to sperm cells?

how many of dem burgers does u wants