No Rest for the Young and Weary

A New York psychologist sheds light on the realities of terminal illness in American children. 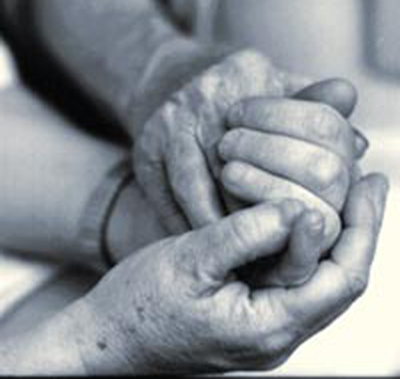 Hospice care is not only needed for the elderly.[CREDIT: VNSNY.ORG]

Sitting in his office at the Graduate Center of CUNY, David Bearison talks about why people in the U.S. will probably never accept the idea of hospice care for children. He speaks the same way he writes: candidly and to the point.

“The problem is, who’s going to pay for it?” he says. “Hospitals get paid more for providing active care, not waiting for people to die.”

Bearison is a pediatric psychologist who has spent decades working with children who have cancer. Through his books, he tries to force the public to face a hard truth: some children who get cancer will die, and whether their deaths are peaceful or painful is largely dependent on choices made by their physicians and families.

Cancer is one of the leading causes of death in American children. More than 1,500 children under the age of 11 died of cancer in 2004, according to the most recent statistics complied by the Centers for Disease Control. And roughly 80 percent of those children ended their battles with cancer in the hospital, where they likely endured a series of aggressive treatments including surgery and chemotherapy.

As Bearison discusses in his 2005 book, When Treatment Fails: How Medicine Cares for Dying Children, many families and doctors aren’t as honest as they should be when dealing with a terminally ill child. Their instinct is to protect the child’s feelings by telling them that “everything’s going to be fine.”

But the children are rarely fooled, say Bearison and other researchers who have studied the subject. Even young children seem to know–in their bones, so to speak–when they are dying. “I’ve seen two-and-a-half year olds say, ‘No more, Mommy,’ meaning no more medicine,” says Eduvigis Cruz-Arrieta, a pediatric psychologist at New York University’s Children’s Center for Cancer and Blood Disorders. “I know there’s an understanding that their systems are shutting down.”

Bearison recalls a patient he saw when he was an intern at the Children’s Hospital Medical Center in Boston thirty years ago. The adolescent boy knew he was dying but had no one to talk to about it. “I felt people were trying to cover it up and weren’t telling him the truth. I was really affected by him,” says Bearison. “I still think of him.”

In part, that experience led Bearison to write one of his first books, “They Never Tell You”: Children Talk about Cancer. The book uses conversations among pediatric cancer patients to show that when adults shy away from talking to terminally ill children about death, they create what he calls a “conspiracy of silence.” As a result, the kids are forced to talk about it with each other.

When Treatment Fails, Bearison’s fourth and latest book, includes a section of narratives from physicians, child psychologists and other healthcare professionals describing specific cases that ended in a child’s death. He points out that Americans’ reluctance to accept death as a fate for children has led to the present situation where children often undergo one painful treatment after another.

“America feels like if you just keep going, it’s going to work,” says Dr. Linda Granowetter, a pediatric oncologist at Columbia University and Bearison’s wife of 15 years. Bearison forces his readers to think about who is really served by fighting the so-called “good fight.” Is it the sick child, he asks, or the physician or parent who refuses to give up, refuses to let go?

Bearison’s latest book includes the case of an 11-year-old girl who died after suffering for six years from neuroblastoma, a type of cancer that is particularly devastating in children. Although her parents had known for years that she was going to die, they continued to hold out for a miracle and pressed for treatments their physician deemed “beyond the line of care.”

In the Netherlands, 80 percent of terminally ill children die in hospice. Children’s hospices are also common in the U.K., where the healthcare system is notably less consumer-driven than in the U.S.

Legal logistics make setting up children’s hospices in America difficult. Federal law requires all patients who choose to enter hospice care, regardless of their age, to stop any curative treatments and receive only pain relief. In addition, patients cannot stay in hospice for more than six months.

These restrictions may seem reasonable for adult patients, but many healthcare workers have argued that they are inappropriate for terminally ill children. Physicians often continue the use of chemotherapy on their terminal child patients; not to cure them, but to give them more time. Under the current guidelines, this practice would not be allowed for children in hospice care.

Advocacy groups such as the Children’s Hospice and Palliative Care Coalition are pushing for a revision of the rules to make hospice a more favorable option for terminally ill children and their families. They achieved a major victory last September in California when Gov. Schwarzenegger approved a bill that allows pediatric patients to enter hospice care without being subjected to adult restrictions. According to the coalition’s website, similar bills are being considered in other states, including New York and Utah.

“If one can show children that dying doesn’t have to be scary and lonely…that would be my fantasy,” says psychologist Cruz-Arrieta. She envisions a hospice with a serene, spa-like atmosphere where dying children could relax during their final days.

Perhaps children’s hospices could be modeled after camps like the one the New York Children’s Hospital runs near the Hudson River. Bearison works there in the summers and considers it one of the most rewarding things he does. “It’s good to see the kids outside of the hospital,” he says. “It’s good to see kids being kids.”

i think it’s a great idea if the kids are going to die y shouldn’t they be comfortable and be able to relax during how ever long they have left instead of poked and prodded.