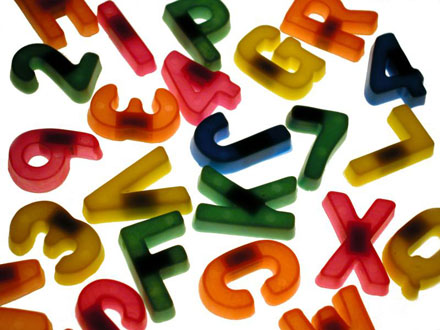 A two-year-old looks carefully at two cardboard pictures of smiling bears. Then, after researcher Virginia Valian removes one smiling bear head and replaces it with a sad bear face, she asks a carefully worded question: “Which of the bears was happy?”

While Valian’s research may lack the technological excitement of genome sequencing or brain imaging, she hopes it will illuminate the nature of how we learn to communicate. By showing that young children understand the difference between “is” and “was,” Valian suggests that we might be pre-programmed with a concept of tense, a notion that ruffles some feathers in the field of language acquisition. She recently described the bear experiment as part of a cognitive psychology symposium at the City University of New York Graduate Center.

Valian speaks with an assured yet approachable tone that she uses both in working with toddlers and speaking to adults about gender equity around the country. Her 1998 book, Why So Slow? The Advancement of Women, explained how implicit ideas about gender create small differences between the sexes. These differences, she wrote, eventually accumulate to the advantage of men and disadvantage of women. Yet, although the media has focused on her book, Valian said she finds her work on language more intellectually stimulating.

Valian’s interest in psychology developed early. “I had decided to be a psychologist when I was 12 years old,” she said. She remembered being especially inspired by the film, The Snake Pit. The movie drove her to figure out why mentally ill patients were different and how she could help them, she said.

She went on to study psychology at the University of Michigan and then spent time at the Massachusetts Institute of Technology, where the field of cognitive psychology blossomed around her. After receiving her doctorate in psychology from Northeastern University in Boston in 1971, she eventually moved to New York where started the Language Acquisition Research Center at Hunter College in 1987.

While at Hunter, Valian has studied the way children learn language from several different perspectives, including non-English speakers and children learning second languages. Her work has led to more than 20 publications in peer-reviewed journals. Her data on children and tense was published in late 2006 in the journal Language Learning and Development.

Valian’s results shows that even very young children, who are just beginning to speak, have some concept of tense. Most cognitive psychologists agree that concepts such as tense form through a combination of innate knowledge and experience. While specific words such as “is” and “was” must be learned, the concepts of present and past tense might be innate, according to Ken Wexler, professor of psychology and linguistics at the Massachusetts Institute of Technology. Valian argues that, at two years old, her test subjects are less likely to pick up the concept of tense through learning.

Previous studies have suggested that young children seemed to know something about tense, but some critics argued that the subjects could have used other language clues besides tense to give correct responses. Indeed, tense is often tangled together with other parts of language, making it difficult to decipher what subjects are actually responding to. For example, in the phrase “the door was shut,” both “was” and “shut” provide clues about how the event occurred in time. In Valian’s experiment, she managed to use phrases that relied on tense alone.

Bonnie Johnson, a language researcher at the University of Florida, called Valian’s experiment a “really amazing design” for its ability to evaluate tense unambiguously. Another researcher, Richard Weist of the State University of New York, Fredonia, agreed: “What she did is so obvious, I wish that I had thought of it,” he said via email.

But Julian Pine, a language researcher at the University of Liverpool who favors a more learning-centered model of learning, dismissed the idea that Valian’s work makes a case for innate knowledge. In an e-mail interview, he wrote that Valian “seriously over-interprets her data.” Pine claimed that because research like Valian’s does not conclusively rule out a learned model for tense, talk of innateness is premature and contains little explanatory value.

Valian said her results put pressure on Pine and his collaborators to develop a learning model that accounts for knowledge at such a young age. “I don’t know which things are innate,” she admitted, “but experiment by experiment, we’re trying to nail them down.” As part of that continuing research, Valian’s center is currently testing the ability of bilingual children to distinguish “will” from “did.”

“She’s done such important work in the study of child language,” said Johnson, reflecting on Valian’s two decades of study at the center. In 2003, Valian was named Outstanding Woman Scientist of Metropolitan New York by the New York Academy of Sciences.

Over her career, Valian has honed the skill of designing experiments for toddlers at an age that some call the terrible twos. “I have a very good feel for 2 year olds. I sometimes feel that’s the age my development was arrested,” she said laughingly.

Valian approaches her subjects with the kindness of a grandmother, explaining that “no piece of scientific information is worth a child’s tear.” Children who participate in the studies usually receive a stuffed animal as reward.

Making sure the experiments will actually work is also challenging. Valian said that some of the language tests go through more than a year of trials to determine their validity. “In my lab we don’t say ‘rocket science,’ we say ‘language acquisition – that’s really hard.’”

this was a very interesting artical i find some simmilarities in me i an 14 and live in the bronx i’ve had a great intrest in pycology since i read flowers for algernon i want to learn more about peoples action and about mental problems of the mind.