The Road to Genetic Cures

While the HapMap Project gives hopes to groups like the Amish, some geneticists believe it has taken a wrong turn 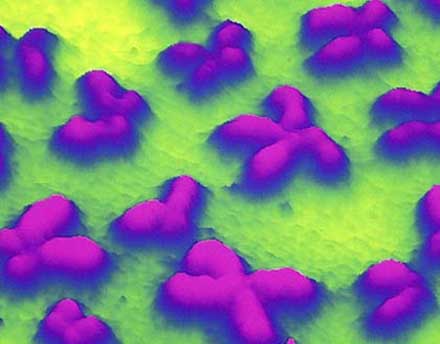 At the Clinic for Special Children in Strasburg, Pennsylvania, dozens of Amish families come in every week seeking answers to their health problems. Their children are prone to rare genetic diseases such as dwarfism and two potentially fatal conditions that prevent children from properly breaking down amino acids. As anxious parents wait in a room that looks like any pediatrician’s office, researchers in a laboratory across the hall look for answers to these and other health problems in the unique haplotypes of the Amish.

A haplotype is a grouping of genetic variations that tend to be passed down from generation to generation within certain population groups. They are sections on strands of DNA. By studying these groupings of inherited genetic material, researchers hope to learn which variations are causing – or are at least associated with – a spectrum of devastating and lethal genetic disorders , and they hope to do it much faster than the more common, but painstaking process of studying each individual genetic variation.

Erik Puffenberger, laboratory director and researcher at the clinic explained that the Amish are of particular interest because the community has existed for about 12 generations without much marriage outside of the group, and so their haplotypes have not had many opportunities to recombine and change, which makes the alleles, or specific versions of various genes, easier to see.

“It allows us to map disease genes very quickly because all we have are big blocks,” Puffenberger said.

Although genetics research raises ethical questions about what parents should know about their children’s potential genetic problems before they are born, even deeply religious groups like the Amish have faith that such research will lead to better and healthier lives by improving treatment and diagnosis of genetic diseases.

“They just want us to find answers for their children, and we’re obligated to answer them,” said Puffenberger. “They are very receptive to the idea of us identifying these troubles in their children.”

Similar studies of haplotypes in other populations are the driving force behind the International HapMap Project, which includes geneticists around the globe working to obtain a complete haplotype analysis of the human genome.

Genetic variations are easier to trace in homogenous groups like the Amish, the Yaruba of Nigeria, and the Han Chinese, where “the disease architecture is different,” said Richard Gibbs of Baylor College of Medicine, who participated in the initial phase of the HapMap Project. The project seeks to create a record of all known disease-causing genetic variations, or disease-causing polymorphisms, which would bring scientists closer to knowing everything about each person’s genotype, or specific DNA sequence,

Despite this accomplishment, some geneticists believe that the science behind the project is flawed. Joseph D. Terwilliger, a professor at Columbia University’s Genome Center, criticized the approach in “An utter refutation of the ‘Fundamental Theorem of the HapMap’,” which he co-authored in the European Journal of Human Genetics last year.

According to Terwilliger, the HapMap Project is only useful for diseases like that share a common ancestor — where the disease genetics have changed very little over many generations, and are relatively simple to study — a situation that does not apply to many other serious genetic diseases.

“Diseases like macular degeneration are not the rule, they’re the exception,” Terwilliger said. “It’s not schizophrenia, it’s not diabetes.”

Terwilliger said that when the HapMap Project began, most geneticists were in favor, but that nearly half of the geneticist community no longer approves of the way that the HapMap Project is being done because the nature of most diseases are much more genetically complex than macular degeneration.

Gibbs stands by the work and counters that the technology developed for the HapMap Project has made the study of genetics cheaper and faster.

The HapMap Project “drove costs from twenty five cents a genotype to about a penny per genotype,” Gibbs said, a significant price difference when hundreds of thousands of genotypes are being analyzed at a time. Gibbs also noted that the technological breakthroughs of the project made it possible to map the human genome in only two years compared to the six to ten years it would have taken about without it.

Geneticists like Puffenberger remain optimistic about the possibilities on behalf of their patients, like the Amish, who could greatly benefit from these technologies.

“These are not just academic exercises,” said Puffenberger in reference to the study of haplotypes. “These are very serious disease. Without the human genome project and the HapMap project, it would be impossible to do the things we’re able to do.”

This article makes fundamental errors. First, the breakthrough discoveries were made at Yale, not at Harvard, by Josephine Hoh. Second, the discoveries of the two principle genes for AMD did not depend upon the Hap Map project at all. I know that the Hap Map enthusiasts have laid claim to this “success” but the work involved a whole genome wide scanning and then meticulous genotyping of the regions discovered. It was classical genetics in which the Hap Map played almost no role at all.
Please write or call me if you want more information. You should write another article about this work.
sackler@rockefeller.edu

Thanks for your comment, Dr. Sackler. Josephine Hoh’s discovery of the variant in complement factor H, a gene that is normally involved in
regulating inflammatory pathways, (published in Science in 2005)involved a genome-wide association
study, aided by the HapMap. The variation in CFH causes two proteins to not bond properly, thus leading to macular degeneration. This discovery was indeed a major breakthrough, finding a genetic basis for macular degeneration.

In 2006, Johanna Seddon’s team from Harvard (the one cited in my story) used the HapMap to explore unknown regions of DNA. They were actually focusing on a single nucleotide polymorphism
(SNP) not involved in macular degeneration when they identifed three nearby SNP’s that are highly involved in the disease. HapMap technology has clearly facilitated discoveries of the gene variations associated with macular degeneration.