Veterans Affairs’ clinicians are untrained in the most effective form of treating post traumatic stress disorder. 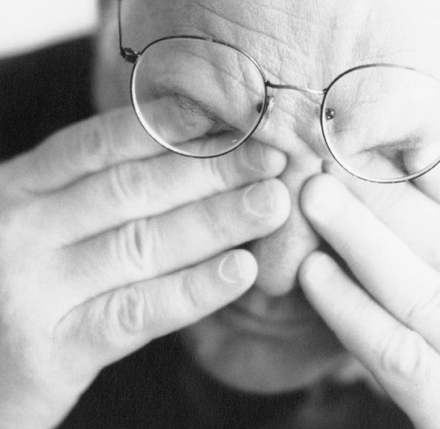 Tens of thousands of American troops serving in Iraq will return home psychologically damaged by memories of the conflict, but most clinicians are not yet trained in the most effective treatments for posttraumatic stress disorder.

Most experts recommend cognitive-behavioral therapies, which focus on standardized and short-term treatment, as the best way to treat posttraumatic stress disorder (PTSD), but many clinicians still use less effective traditional psychotherapy techniques. In response to new studies which further support cognitive-behavioral therapies, the U.S. Department of Veterans Affairs is scrambling to change the way they treat a debilitating disorder that will strike an estimated one in six soldiers returning from Iraq.

The new generation of veterans makes the lack of appropriately trained therapists “a huge issue,” according to Candice Monson, the deputy director of the Women’s Health Sciences at the National Center for PTSD in Boston. “It’s actually fairly startling, the low number of clinicians that use cognitive-behavioral therapy,” she said.

More than 30 studies have supported cognitive-behavioral therapy as a treatment for PTSD, and the VA recommends it in their own literature. Another expert on the disorder, University of Pennsylvania psychologist Sean Cahill, agreed that many therapists are not actually using the research to guide them.

Although just now being widely implemented by the VA, the roots of cognitive-behavioral treatments stretch back almost as far back as posttraumatic stress disorder, which was first recognized by the American Psychiatric Association in 1980.

Initially studied in Vietnam veterans, PTSD can result from individual traumatic events or prolonged exposure to trauma, unsettling situations that are beyond the realm of normal human experience. Psychologists classify PTSD as an anxiety disorder, but Monson refers to it as a “phobia of one’s own memory.” Patients suffer from recurring flashbacks or nightmares and tend to avoid situations and places that they think might trigger these memories. While most people experience some reaction to trauma, their symptoms normally become less severe with time. PTSD patients, on the other hand, continue to live with their body on high alert.

“You’re no longer in the fearful situation, but you’re responding to the world as if you’re still in it,” said Dr. David Johnson, who worked as a VA clinician for 17 years before opening his own PTSD clinic in New Haven, Conn.

A 2004 report by researchers at the Walter Reed Army Institute of Research in Silver Spring, Md. estimated that one in six soldiers in Iraq would return with PTSD, nearly double the risk faced by those serving in Afghanistan and elsewhere. According to the report, improvised explosive devices, small arms fire, and unseen civilian threats in Iraq create an increasingly intense combat atmosphere more likely to lead to psychological trauma.

In surveying more than 1700 returning troops, the army researchers found that two-thirds of the soldiers in Iraq had seen American soldiers seriously wounded or killed, and more than half had handled human remains. Nearly half reported killing an enemy combatant while 28 percent said they were responsible for a civilian death. Over 90 percent of the respondents reported being shot at or attacked by small arms fire.

With so many soldiers potentially at risk, researchers have developed different versions of cognitive-behavioral therapies in their search most effective treatment. The different varieties all combine some form of exposure therapy with cognitive treatment, but often differ on which treatment is emphasized and how they are administered.

But researchers “quickly discovered that this was not the only thing required,” said Johnson, the former VA therapist, so clinicians began augmenting exposure therapy with cognitive treatments.

In the cognitive portion of treatment, therapists help patients understand that they are no longer caught in the traumatic situation, and give them tools to cope with negative thoughts and emotions. They work to un-train minds conditioned by the constant danger and uncertainty of combat. The instinct to always be armed can be life-saving in combat, but can interfere with civilian life. “The idea in this cognitive therapy is to figure out what thinking is impeding recovery,” Monson said.

Researchers standardize a particular type of cognitive-behavioral therapy by writing a manual that details a specific treatment plan for other clinicians to follow. By using a manual, therapists around the country can expect their own patients to respond like those in the studies.

Traditional psychotherapy, on the other hand, tends to move slowly as the therapist develops a long-term, individualized relationship with the patient that can be used for support and personal growth.

To critics, the idea of a standardized treatment seems to downplay this relationship, by minimizing the impact of the clinician providing treatment. “There are quite a few therapists who don’t particularly like to follow a manual,” said Johnson, but “most CBT treatments are effective because they’ve been manualized.”

“The therapy relationship is absolutely essential, but not sufficient,” said Monson.
Clinicians using cognitive-behavioral therapies expect to see improvement within 20 sessions, she added, while traditional therapy can take much longer – if it works at all.
.
The research stands firmly on the side of the symptom-first approach, according to University of Pennsylvania’s Cahill. A 2005 review of 26 randomized PTSD treatment studies, published in the February issue of the American Journal of Psychiatry, found that two-thirds of patients completing some type of cognitive-behavioral therapy no longer met diagnosis criteria for PTSD, compared to just 39 percent of those treated with traditional therapy or counseling.

Even so, relatively few VA clinicians use the therapy. While the agency would not release specific numbers, a survey of VA clinicians in 1999 and 2001 showed that less than ten percent were using the manualized cognitive-behavioral therapy, according to Johnson and Monson. Ninety percent instead were focused on general psychotherapy coping techniques that don’t work as well for PTSD.

Part of the problem, according to Cahill, is that psychiatrists are not trained through a standardized curriculum. Unlike medical school, he explained, “there’s a lot of variability of what gets taught in graduate clinical programs.”

Monson said she thinks the inconclusiveness of these early studies stemmed from studying Vietnam veterans who had been suffering from PTSD for many years before treatment, as well as experimental design flaws. Her recent research has helped turn the tide of evidence in favor of treating veterans with cognitive-behavioral therapies.

Monson recently co-authored a study where half the veterans treated with cognitive processing therapy, a specific form of cognitive-behavioral therapy, experienced substantial improvements in their symptoms, even though most had served in Vietnam. These latest results, published in the October 2006 issue of the Journal of Consulting and Clinical Psychology showed that the techniques could work well for a veteran population.

“At least this study will inspire more hope to pick up combined cognitive-behavioral therapies,” said Monson.

Her results, and others that focused on recent veterans seem to have inspired the VA. The agency is funding Monson and Patricia Resick, the director of her division, to train 600 clinicians in cognitive processing therapy. Over the course of two days in January, Monson and Resick trained an initial group of 15 clinicians already familiar with the treatment to be trainers themselves. Once Monson and Resick receive funding for the second phase of their program, the new trainers will teach cognitive processing therapy to their colleagues at clinics across the country.

Monson said that while she had previously been critical of VA decisions, she is pleased with their effort to spread cognitive-behavioral therapy. “I think the VA’s treatment of vets is really changing,” she concluded..

In the UK CBT is one of the government’s recommended treatments for PTSD, but in truth it does not work very well, and so people are still encouraged to believe that PTSD is often a lifetime condition. However, in the time it has taken for CBT to build its popularity much better treatments for PTSD have emerged. For example, the Rewind technique has been deeloped to the point where it has an extremely high success rate and usually completely alleviates the nightmares, panic attacks, flashbacks, etc associated with PTSD. This technique was developed by Joe Griffin and Ivan Tyrrell and is based ultimately on an idea of Milton H. Erickson’s. It is rapid, reliable and non-voyeuristic in that the therapist does not have to hear all the details of the trauma, which makes it particularly useful in cases of abuse. For a summary of the technique see http://www.themeadowpractice.co.uk/trauma.html . There are some small studies of the results from this technique under way, including some within our National Health Service as some units have started to use the technique on their own initiative, but as yet there has not been a randomized controlled trial because of the very high cost. And even when an RCT has been done, it could still be 30 or 40 years before the Rewind is considered a normal part of the armoury against PTSD, because of the inherent resistance to change in any profession. As Max Planck pointed out, science advances funeral by funeral!

Clearly this is an important subject for the foreseeable future is the care of those exposed to trauma. Happily, there are treatments that certainly work on trauma. But, there seems to be a few inconsistencies with this report. One is that it sees psychiatrists and their medical training which may be confused with the other term, “clinician” which will include a wide variety of disciplines. The other term used was “traditional psychotherapy”. Since there are numerous orientations to therapy the term has little meaning and could include the cognitive-behavior segment, which itself is quiet a broad-brush.

Backing any psychotherapy with scientific data is generally what people want to see; something quantifiable. Taxpayers are generally content if money is spent on something with a track record. However, there are other therapies that do help.

There is a family of therapies that addresses the traumatic nightmare portion of PTSD. Krackow, Kellner, Neidhardt, Pathak, & Lambert, pioneered the concept of Imagery Rehearsal Therapy (IRT) that they reported in 1993. They showed the treatment is effective 68% of those treated (n=19) reduced the frequency of chronic nightmares 30 months after treatment. In effect, the frequency dropped to one per month or less. In 1995 Thompson, Hamilton, & West, adapted the treatment for group treatment for nightmares in veterans at the New Orleans VA Medical Center and published the results in the National Center for PTSD Clinical Quarterly (Fall), 1995. Spoormaker, et al (2003) compared IRT to lucid dreaming concluding both reduce nightmare frequency and weakens the fright. Forbes, et al (2003) reported in the pilot study that 7 of 12 veterans ridded themselves of all nightmares. The frequency and intensity of the target nightmares and of other nightmares all dropped dramatically. Meanwhile their sleep efficiency, quality and quantity all improved. In another study, Krakow, et al (2001) determined the therapy was effective for use in sexual assault survivors as well.

However, like the article by Mr. Romero, IRT requires some training. It is brief, effective and targets the trauma in a manner similar to exposure therapy. Perhaps there should be more research into this area.

What about Cognitive Processing Therapy? Does that fall under the umbrella of CBT?

What about EMDR which has been demonstrated to be very effective with some sx of PTSD. A furhter explanation of CPT would make this article more useful. Thanks. Chris