Scientists are still guessing when it comes to aerosols role in climate change. 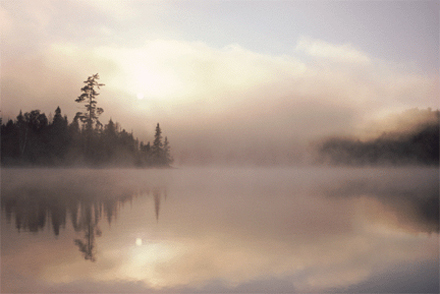 Man-made aerosol particles, thrown into the atmosphere by burning fossil fuels and other human activities, appear to be slowing global warming, according to a report by the Intergovernmental Panel on Climate Change.

The statement on aerosols, published in the February report, is a change from previous IPCC statements, which had made no conclusions about whether the tiny particles were helping to cool or heat the environment. Despite this definitive step forward, the precise effect of these particles continues to be a perplexing variable for climate scientists.

Aerosols, which are particles of liquid or dust suspended in the air, not only come from human activities but also are the result of natural phenomena, such as volcanic eruptions. These small particles are helping to cool the planet in two different ways. Directly, aerosols reflect sunlight back into space, thereby prohibiting the Earth from absorbing warm, sunny rays. Indirectly, the particles also cool by increasing the number and thickness of clouds.

They do this by acting like seeds for cloud formation. They gather cloud water particles and spread them out. As the number of aerosols increase, the water within a cloud spreads out over more particles. In turn, thicker clouds with smaller water droplets form, which scatter more light and prevent the Earth from absorbing more of the sun’s heat.

While the cooling effects of aerosols are understood, the dynamics of how much they affect climate change are not. This makes their impact on global warming the “toughest to try to convey,” says Stephen Schwartz, a senior scientist at Brookhaven National Laboratory.

The difficulty arises from the fact that the activities that cause aerosols to form are unpredictable, and the consequences that come from the particle’s presence, such as cloud formation, are variable. These variables make it hard for scientists to include precise aerosol data in their climate models, which consequently makes it difficult for researchers to conclude the exact role aerosols have in global warming.

“No question about it, they have a cooling effect,” states Schwartz. However, the degree in which aerosols influence the global average temperature is a mystery. The IPCC report echoes this sentiment, qualifying that while human contributions to aerosols produces an overall cooling effect, they are the most uncertain factor influencing climate.

“The truth of the matter is, we don’t know. Aerosols’ influence could be small,” Schwartz explains. “But, if they’re offsetting a large fraction of global warming then we have to say ‘Wow, we have a larger problem than we realize,’” meaning that if aerosols are indeed relieving the environment of rising temperatures more than researchers realize, then the Earth is warming at a faster rate than current models are showing.

But Kahn warns against putting too much emphasis on how a single factor affects global temperature. “People toss around global average temperature [but] it’s one number. Think of it as a symbol of what’s going on because, in itself, it doesn’t tell the story – it only points to part of the story. The story actually operates on many different spatial and temporal scales over multiple years.”

Kahn does say, however, that the IPCC’s evaluation of aerosols in this new report is important because it shows that scientists have made “significant progress” in determining how aerosols affect the climate, both directly and indirectly.

“Cloud processes are modeled much more elaborately than they used to be and take into account much more of what’s going on,” says Kahn. “There’s a lot we still don’t know about the details of some of those processes. It’s an indication that we’ve made significant progress. There’s still a lot for us to learn. But the answers are becoming much clearer.”