By Josh Romero and Peter Sergo

The blog search engine, Technorati, lists more than 60 million blogs, but few strive to cover science beats with precision and style. On February 27, 2007, Scientific American blogger John Rennie and freelance writer and blogger Carl Zimmer, gave students and faculty in NYU’s journalism department a show-and-tell crash course in how to cover the science beat using blogs. The evening was moderated by Robert Lee Hotz, a distinguished writer in residence at NYU. 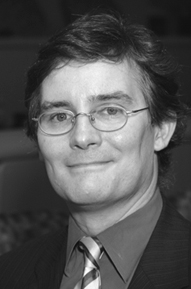 Rennie describes Scientific American’s blog, SciAm Observations, as a place that provides a “water-cooler feeling.” He emphasized the importance of sparking an informal discussion rather than adopting a “staid” or “starched” tone that might discourage exchanges with readers. In SciAm Observations, Rennie wants the audience to get a glimpse of the personalities behind the magazine.

Rennie, who has served as editor-in-chief of Scientific American since 1994, established the blog at the end of 2004 and was initially the sole contributor. The blog now bustles with posts from the Scientific American editorial staff, comments from readers, covering broad topics, from life sciences and technology, to public policy and climate change. Multi-part “seminar blogs” feature top researchers presenting new and noteworthy findings in their fields.

Rennie also uses SciAm Observations to see what works best for a magazine story by reader response to online. Based on comments and feedback, adjustments can be made to maximize the appeal of an article intended for an upcoming issue of a magazine. In this case, Rennie emphasized, the freshness of the story isn’t as much a priority as is conveying a topic effectively.

What makes blogging truly unique, Rennie and Zimmer agreed, is its transformation of passive readers into critical commentators. Online readers can quickly and easily catch and publicize a reporting mistake, Rennie noted, which places blogging “on the frontlines” of fact checking.

Reader interaction can also lead to personal jabs, like those between one Scientific American contributor and “the deluded senator from Oklahoma,” James Inhofe. “If I were completely staid and button-down, as many people would like to think Scientific American always is,” Rennie told the audience of about 25, “it would be very, very boring because the personal voice is what really enlivens all of blogs.”

“When you’re talking about blogging, your hide has to get a lot thicker,” Rennie said. But by now he is used to criticism—he said he’s “widely hated throughout much of the Internet” for stories like “15 Answers to Creationist Nonsense,” which appeared in the magazine, and blog entries like “I.D. [Intelligent Design] is Bad Science on Its Own Terms.”

[audio:BLOG2.Rennie.SciAm.Opinion.mp3] John Rennie on the role of an editor stepping into the blogosphere to fight for science

Still, Zimmer admitted, the sudden influx of comments that pour in soon after he posts an article was at first difficult to adjust to. “There are a lot of educated readers who point out all the wrongs,” Zimmer said. “You have to learn to loosen up because you can’t pretend you didn’t make a mistake. Readers will not respect you if, in response to a commenter, you hide your mistakes and get all snooty about it.” 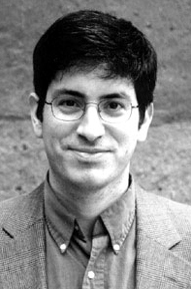 Zimmer has written five books on science since 1999, covering topics from walking fish and whales to the history of neurology. When he finished his fourth book, Soul Made Flesh, in 2003, he stumbled upon blogging as a way to overcome the post-book slump.

“When you write a book, you can feel a little helpless,” Zimmer said, and wondered if there was anything he could do to boost publicity. He began writing his blog, The Loom, in September 2003, and while he initially thought of it as a place to write on topics that pertained to the book, Zimmer later found that it provided the freedom to write about topics that interest him without the time-consuming editing process. When blogging, Zimmer said, “I just write about what I find interesting and hope that other people who find it interesting will come along.”

[audio:BLOG2.Zimmer.Blog.Freq.mp3] Carl Zimmer on the freedom of blogging

The editorial autonomy inherent in blogging enables Zimmer to expand his archive of what he calls “obsessions,” which include writings about the complex lifecycles of parasitic flatworms among other topics he hasn’t been able to pursue in published articles. “There are lots of things out there that I find fascinating, that I suspect an editor would have a hard time with,” Zimmer explained.

[audio:BLOG2.Zimmer.TakingSidesMP3.mp3] Journalists can retain credibility in blogs, according to Zimmer

“It evolved into a place were I could write about things I might not be turning into an article for a magazine, but were really interesting,” he said. The Loom was awarded the American Association for the Advancement of Science’s 2004 Science Journalism Award, and is now hosted by Scienceblogs, a collection arranged by Seed magazine.

Although the two bloggers compete for readers, Rennie and Zimmer emphasized the importance of mutual support in the blogging community at this nascent stage, when bloggers are struggling to compete with better-established print and broadcast outlets. The Loom, for instance, is linked as one of the ‘Favorite Blogs’ on SciAm-Observations’ homepage. “The commercial reality of this is [that] all of us who are working in science writing…are on the same side,” Rennie said. “We are a happy little club. We may have our scraps, but we are better off cultivating an interest to people.”

A unique cultural venue opened in London this month. The Welcome Collection is the first permanent home for the massive, maverick history-of-medicine collection that pharmaceutical entrepreneur Sir Henry Welcome gathered throughout his life.

Project presentation to Mr. John Rennie/
With any compromisse about/

GEARTURBINE -Atypical Combustion Turbine Engine, -New Thermodynamic Technology, -With Retrodynamic “Dextrogiro vs Levogiro” Effect, is when the inflow direction moves is against of the circular rotary dynamic, RPM Rotor Move VS Inflow Conduits Way, making in a simple way a very strong concept of power thrust, a unique technical cuality. -Non Waste, parasitic losses form-function engine system for; cooling, lubrication & combustion; -Lubrication & Combustion inside a conduit radial position, out way direction, activated by centrifugal force (centrpetal to in), -Cooling in & out; In by Thermomix flow & Out by air Thermo transference, activated by the dynamic rotary move, -Increase the first compresion by going of reduction of one big circunference fan blades going to, -2two very long distance cautive compression inflow propulsion conduits (like a digestive system) (long interaction) in perfect equilibrium well balanced start were end like a snake bite his own tale, -Inside active rotor with 4 pairs of retrodynamic turbos (complete regeneration power system ), -Mechanical direct “Planetary Gear” power thrust like a Ying Yang (very strong torque) (friendly loose friction) 2two small gears in polar position inside a bigger shell gear, wide out the rotor circunference were have much more lever power thrust, lower RPM in a simple way solution for turbines, to make posible for a some new work aplication (land). -3 Stages of inflow turbo compression before the combustion. -3 points united of power thrust; 1- Rocket Flames, 2-Planetary Gear & 3-Exhaust Propulson, all in one system. -Combustion 2two continue circular moving inside rocket Flames, like two dragons trying to bite the tail of the opposite other. -Hybrid flow system diferent kind of aerolasticity thermoplastic inflow propulsion types; single, action & reaction turbines applied in one system, -Military benefits, No blade erosion by sand & very low caloric target profile. -Power thrust by barr (tube); air sea land & generation aplication, -With the unique retrodynamic technical cuality of “dextrogiro vs levogiro” effect is when the inside flow moves against of the rotor moves making a very strong concept, RPM Rotor Move VS Inflow Conduits Way (an a example is like to move the head to the side of the strike ponch) -A pretender of very high % efficient power plant looking to make posible a cheap electrolysis. -Patent From;Dic 1991 IMPI Mexico #197187

I keep listening to the news speak about getting free online grant applications so I have been looking around for the best site to get one.

Nice web. Maybe you should try to monetize it with
http://prosperent.com/ref/214626
New affiliate network, time to say goobye to adsense!

Best you could make changes to the blog subject title John Rennie and Carl Zimmer on Science Blogs [Audio Included] » Scienceline to more suited for your subject you write. I enjoyed the blog post nevertheless.

The best coolant for the skin is cucumber, because
it has the ability to absorb heat within the skin which is a precursor of acne.
The first thing you need to realize is that contrary to what many skin experts believe, the food that you eat has
a lot to do with acne. That was until a friend told me about the extremely simple program he used to
quickly clear up his skin.

Soybeans are full of beneficial compounds that are perfect for anti-aging such as amino
acids and anti-oxidants. You can rub a little portion of garlic on your acne, more than once
in a day. Pure genuine pearl powder does not totally dissolve in water
or liquid, so be sure you stir as you drink.