Hope for Those Most Vulnerable to Malaria

A vaccine ready for its final trial phase may protect African infants and children. 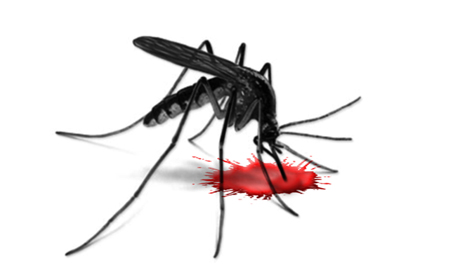 A malaria vaccine may finally be within reach. [Credit: Zoran Ozetsky]

Clinical trials in Mozambique have shown that a malaria vaccine is safe and effective for infants, who are particularly sensitive to the disease. As the vaccine moves into its final trial stage, it joins an array of strategies aimed at finally eradicating malaria worldwide.

Bed nets, insecticides, antimalarial medications and public health measures are helping areas that suffer from this disease, but according to the World Health Organization it still infects about half a million people and kills more than a million each year.

The vaccine, called RTS,S, is the world’s most advanced malaria vaccine candidate, according to the PATH Malaria Vaccine Initiative (MVI), an international non-profit group that identifies and assists in the development of promising vaccines, including this one.

Developed by Glaxo SmithKline in partnership with MVI and clinical trial centers in Africa, RTS,S will undergo a wider trial in the fourth quarter of 2008 and may be submitted for licensure as early as 2011, said MVI Director Christian Loucq in October at a conference on malaria. Just a week before the New York conference, the RTS,S research team, led by scientists at the Barcelona Center for International Health Research, published the results of its early trial in Africa in the journal Lancet.

Mozambique’s infants were a critical population for this recent test because children and pregnant women in sub-Saharan Africa account for 90 percent of malaria deaths. During the trial, 214 infants at the Manhiça Health Research Centre in Mozambique were given the vaccine. It reduced the risk of infection by 65 percent over three months after the full three doses, and the risk of showing malaria symptoms dropped 35 percent over a six-month follow-up period after the first dose. The side effects of pain and swelling were typical of most vaccines given to infants.

Peter Agre, Nobel laureate and the director of the Johns Hopkins Malaria Research Institute, works on a different aspect of malaria but said that “vaccine development is a major goal for the control of malaria.” Even if only partial protection is achieved, vaccines are important because “a disease of this magnitude warrants every ounce of effort that can be provided,” he said in an e-mail from a malaria institute in Zambia. However, he added, “We still have far to go.”

About 3,000 children die every day worldwide from parasites that cause malaria – usually the deadly and common Plasmodium falciparum, which relies on the Anopheles mosquito as a go-between to settle in human hosts. When a female mosquito bites a person to nourish her eggs with blood, she unwittingly deposits saliva into the person’s bloodstream. If she is carrying parasites from a previous blood meal, those parasites find their way into the newly infected person’s liver and red blood cells. Symptoms such as chills, headaches, fever and vomiting can ensue within a week or two, and eventually the victim can die if the disease is left untreated.

Loucq said there are still obstacles researchers may encounter as they learn about the vaccine’s efficacy in different environments. For now, he said, knowing that the vaccine can reduce transmission in an area of intense disease is a strong incentive for the expanded trial later this year in which the vaccine will be tested on 16,000 infants and young children in seven African countries.

While total project costs are still being determined, most of the $107 million that MVI has received from the Bill and Melinda Gates Foundation, plus funding from GlaxoSmithKline, will be used for this next phase.

“We are a little bit like venture capitalists. Our return on investment is going to be counted in lives,” said Loucq.

The current preventive and therapeutic attempts to counter malaria have been weakened due to increased resistance by both parasites and mosquitoes. Malaria “is a crafty [disease] and is very well-adapted to its human host,” said Diane Griffin, a researcher and department chair at the Johns Hopkins Bloomberg School of Public Health, who was not affiliated with the RTS,S study. As a result, she said at the conference, we need to tackle it from all sides.

Marcelo Jacobs-Lorena, from the Malaria Research Institute at Johns Hopkins, stressed that “one urgent need in the field is to develop new weapons to fight the disease.” He is not a part of the vaccine team but instead is contributing to this endeavor by genetically modifying mosquitoes to keep them from transmitting malaria. Other novel approaches include genetic modification of Plasmodium and improved disease detection techniques.

The multifaceted attack on malaria has an eagerly waiting group of supporters worldwide. When MVI went back to share the results with the Mozambique villages where they had tested the vaccine, Loucq said, parents just wanted to know, “When do we get the vaccine for our kids?”

Read about a drug that might treat both HIV and malaria.

Learn how scientists are using math against malaria.