How is it possible that the universe was made from a single explosion, the Big Bang? 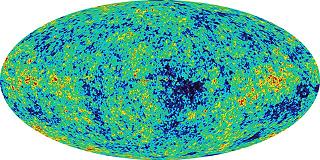 Before the Big Bang

The term “Big Bang” conjures the image of an explosion at the beginning of the universe. But how did the entire universe grow from one bang?

This primal moment is better understood not as an expansion in time and space but rather as an expansion of time and space. In a matter of seconds after this metaphorical bang, the four fundamental forces (gravitational, strong nuclear, weak nuclear and electromagnetic) and the most basic and common elements—hydrogen and helium—arose.

About 300,000 years later, these forces formed dense clouds of matter. This lumpy dispersal of matter, confirmed in 1992 by NASA’s Cosmic Background Explorer satellite, represented the embryonic stage of the billions of galaxies that emerged from one to five billion years after the bang. These galaxies are now scattered throughout the universe.

And as temperatures cooled, the gases produced compounds that condensed into liquid droplets or solid grains. Metals and rock-forming silicates, the types of rocks that now form most of the Earth’s mantle and crust, were the first grains produced. Decreasing temperatures led to further solid combinations, this time with sulfur compounds and carbon- and water-rich silicates. The grains condensed to form larger aggregates known as planetesimals. Some of these still survive today as comets and asteroids. Others were large enough to experience a strong gravitational attraction with each other, forming moon-sized objects called protoplanets that would later combine further to form planets. Impacts during this stage likely stripped Mercury of part of its mantle and crust, reversed Venus’ rotation and broke the Earth apart to create the Moon.

The gravity of the larger gas giants could redirect the orbits of the planetesimals still scattered throughout the forming solar system. Icy material entered planets, like Earth, from other regions of the solar system. This process introduced water and the organic compounds essential for the rise of life that fed off chemicals in the ocean, such as single-celled algae and bacteria. And the rest, as they say, is history.

i think that superman created our planet!!!

You are absolutely correct nmiosdhfky, our planet was CREATED…as was the rest of the universe. Superman indeed…Jesus Christ…The ORIGINAL Superman!

The only explanation that makes perfect sense.

Yeah, the only explanation that makes perfect sense. If you happen to be a complete idiot.

JESUS CREATED OUR PLANET AND THE REST OF EVERYTHING!!! AND NO, WE DIDN’T COME FROM APES. WE WERE CREATED IN GOD’S IMAGE!

If we were created in God’s image… Why are we all different? I don’t think God was multicolored, with different faces and type of bodies all in one.

An explosion does not create anything. An explosion is the reaction of ‘something’ before the explosion, like hydrogen-oxygen reaction that produces energy so fast that it literally explode. So what what happened prior to the big bang? Is it because of matter/energy being created that causes it? So the explosion then created the star and galaxies and everything through law of physics and chemsitry. How is it possible these law was already set before the creation of the big bang?