Public transit systems across the country received a long overdue boost from this historic election season. Voters signaled their willingness to invest in mass transit, despite the economic downturn, suggesting […] 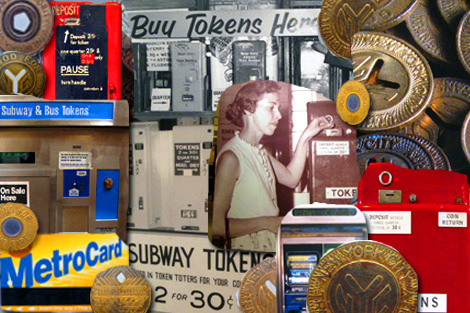 Public transit systems across the country received a long overdue boost from this historic election season. Voters signaled their willingness to invest in mass transit, despite the economic downturn, suggesting that with oil prices in flux and environmental concerns on everyone’s mind, people are looking for ways to reduce their gasoline addiction and trim their carbon footprint:

-The Wall Street Journal is reporting that voters passed 23 initiatives across the country, injecting over $70 billion into public transit.

-One notable initiative passed in California, where voters funded high-speed trains that will race between San Francisco and Los Angeles in under three hours. Also, Los Angeles voters approved a sales tax to fund a number of local rail projects to be built over the coming decade.

-Atlanta voters approved a development plan for blighted areas that will provide money for the ambitious Beltline light-rail project. Even in Hawaii, a light-rail line received the go-ahead from voters.

-Things weren’t all positive though, voters in St. Louis and Kansas City both voted against transit expansion.

-Here in New York City, no referendums were on the ballot, which is unfortunate as the Metropolitan Transportation Authority, which runs the city’s subways, faces a $1.2 billion budget deficit and contemplates hiking fares to $3 a ride.

Still, it’s encouraging to see that even during these tough economic times, voters are willing to invest in public transit projects that will benefit their communities for generations. Hopefully this action will send a message to the city cyclist and Amtrak commuter soon to occupy the White House that America wants to return to its roots and invest in our neglected public transit systems.

How the west won the carbon contest.

Aside from the high-speed rail bond (which has obvious plusses but the very big minus of adding more debt to a state budget that is already drowning in red ink), California voters passed 10 of 11 local transit funding measures — and the one that failed got 62 percent support (damn 2/3 requirement).

In spite of this, the governor (do I need to mention his name) has called a special session to re-do the 08-09 state budget that is already $10-billion-plus out of balance), and his newest proposal calls for an additional 75 percent cut to state transit funding, plus the complete elimination (starting in 09-10) of the only ongoing state funding source for transit operations.

At the same time, he’s parading around Beverly Hills as the Jolly Green Giant at a “global summit” on climate change — uh, what’s wrong with this picture?