Are Girls Really Meaner Than Boys? 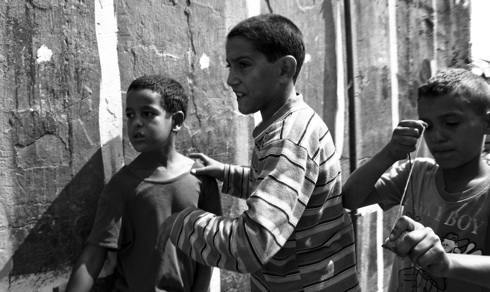 If you saw the movie ‘Mean Girls’ from 2004 about high school cliques, you might think that gossiping, backstabbing and catty manipulation – known to psychologists as indirect aggression – are girls-only territory.

But you would be wrong, according to a recent study that reviewed and analyzed more than a decade of research into child aggression.

“We primarily wanted to dispel some of the myths that have been perpetuated in the scientific community and in popular culture,” says psychologist Noel Card of the University of Arizona, who led the study. “There really is no meaningful gender difference in indirect aggression.”

Research focusing on indirect aggression has boomed lately, but the results have been conflicting. While some psychologists tout gender differences, their claims are poorly supported by science, says Marion Underwood, a professor of psychology at the University of Texas at Dallas. She studies aggression and relationships in children, but was not involved in the new study.

In an attempt to settle the debate, Card’s team analyzed the results of 148 earlier studies from around the world, tracing the aggressive habits of almost 73,500 children from early childhood to 18 years of age. When all the data were combined, there was a small gender difference in indirect aggression, with girls outstripping boys. But according to Card, the difference is trivial and is probably related to some studies using observations from parents and teachers, who may be influenced by popular gender stereotypes. When the researchers looked only at reports from trained psychologists, they found that the small difference vanished altogether. Factors like age, ethnicity and the children’s country of residence did not alter the findings.

“These results suggest that it is high time that we stop assuming that ‘mean girls’ are the only ones who engage in the subtle forms of aggression,” Underwood says. “When we do this, we come close to maligning and underestimating both girls and boys.” She adds that the report, published in the journal Child Development, is the largest and most thorough analysis of gender differences in aggression to date.

So why the widespread belief that only girls revel in meanness? According to Card, part of the reason is the one-sided promotion of gender stereotypes found in the media, books and movies such as ‘Mean Girls.’ But even the author of the book on which ‘Mean Girls’ was based, nationally prominent educator Rosalind Wiseman, says she was disconcerted by the popular use of her work, and she welcomes the new findings.

“Because the media and parents look at things in binary ways, then it became, ‘Oh, this is what girls do,’” Wiseman says, adding that boys are quite capable of emotionally sophisticated bullying. However, they might employ different tactics, and the results may be harder to detect. “Boys stop complaining about the bad things that are happening to them, because you’re not allowed to whine,” she says.

But not all gender stereotypes about aggression turn out to be false – indeed, the researchers found that boys were more physically aggressive than girls. In both genders, physical aggression was linked to poor peer relations, delinquency and attention and hyperactivity problems, while indirect aggression was more common in highly social children who also had problems with anxiety and depression.

Because aggressive behaviors can help to identify serious problems in a child, distinguishing between different types of aggression is more than just an academic exercise. “Teachers and school counselors really need to be looking for indirect aggression, and not miss the fact that boys are spreading rumors and gossip as well,” says Card.

Should we blame the brain for violent crimes in adolescence?

Well – Here are some documents that would suggest they are:

This doesn’t surprise me. Many of us have noticed that aggression has become more “feminized” in schools and the workplace. It’s considered “uncivilized” for boys to physically fight, and girls are absolutely forbidden to engage in physical aggression. So where does that leave a lot of kids and adults who are angry or jealous and haven’t been taught any productive ways of handling these negative emotions? They learn to engage in the type of aggression that is hard to police and easy to deny: Reputation ruining through gossip, isolating “enemies” socially and professionally, and destroying people through well-aimed verbal barbs that, once planted, just keep on leaking their poison psychologically for years.

Aint that the truth