A glass of red wine or a few too many has been known to make morning-after memory a touch foggy. But, in moderation, this beverage may prove a potent adversary […] 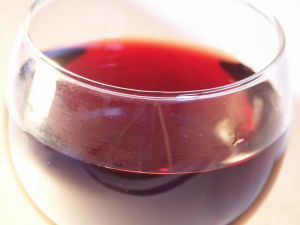 A glass of red wine or a few too many has been known to make morning-after memory a touch foggy. But, in moderation, this beverage may prove a potent adversary of Alzheimer’s, the memory-destroying disease that strikes many elderly people.

Improved mental ability was seen in people 65 years and older, in France and Denmark, who drank a modest two to three glasses each day. According to studies of these populations, the moderate vino imbibers fared slightly better than non-drinkers or heavy drinkers on cognitive tests.

Neurobiologists took the drink from the dining room table into the lab to understand if red wine can help gray matter, or the gray-colored nerve cells in the brain that control memory and learning.  Serving Cabernet Sauvignon to a type of lab mouse bred to develop Alzheimer’s-like disease improved their learning ability. Or, just an extract from red grapes called polyphenol also did the trick.

Now, scientists have traced the action of this ingredient. Alzheimer’s disease is associated with the formation of protein aggregates similar to the cooking of pasta, according to David Teplow at the University of California, Los Angeles, who contributed to the study. Alzheimer’s-associated proteins, when healthy, are like strands of cooked spaghetti in boiling water, wiggly and without structure. But, out of water, the strands can dry and harden, forming stable structures. Then, in a process of steps, the dried noodles can form larger and larger aggregates.

“[The ingredient in red wine] seems to stop aggregation at all stages of assembly,” says Teplow.

So can we justify a night on the bottle by saying that we might prevent senility down the road? “I think it’s too early to create a rush on the liquor stores,” says Teplow. The polyphenol extract in grapes can be found in grape juice, as well as nuts and green tea. This is good news—especially for the elderly who can have low tolerance for alcohol even in moderation.

Doctors try to improve treatments for people suffering from Alzheimer’s

Great Discovery on the Red Wine