Researchers use lab rats to examine the role of choice in drug-seeking behavior. 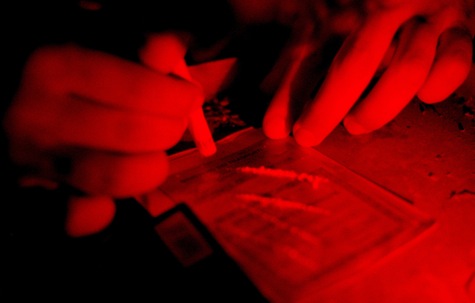 The act of choosing to take cocaine, not just the drug itself, affects how the brain processes addiction, new research suggests.

A study published in a recent issue of Neuron found that lab rats trained to give themselves doses of cocaine suffered more and longer-lasting chemical changes in their brains than rats that received doses from researchers.

“Most people will crave a beer more when they go into a bar than when they are just walking around,” says Billy Chen, a neurologist at the University of California, San Francisco, and author of the paper.  There is more to drug-seeking behavior than just the chemical effects of the drug, he says. Sights, sounds and smells in a drug user’s surroundings can cause cocaine cravings.  Choosing to take the drug in response to these cravings creates a lasting imprint on the brain.

The brain rewards behaviors that are essential for survival, such as eating and sex, by releasing a pleasure-inducing chemical called dopamine that acts on cells in an area of the brain known as the ventral tegmental area, or VTA. Cocaine hijacks this reward pathway and floods the VTA with dopamine, tricking the body into thinking it needs the drug.*

Researchers typically use rats as a model to study cocaine addiction in the brain, but none so far have tested for the impact of choice. Chen, who works at San Francisco’s Ernest Gallo Clinic and Research Center, wanted to see if rats that chose to take the drug would experience different levels of dopamine in the brain than rats that received cocaine passively.

First, Chen and his colleagues needed to create an environment for the rats that mimicked the way that humans use drugs.  Most humans use drugs in the context of other stimuli in their surroundings such as people, places or situations unrelated to cocaine’s physiological effects.

Chen and colleagues generated comparable stimuli in the lab to mimic a drug-seeking environment for a group of rats. The researchers used a process called operant conditioning, which pairs a reward, like food or drugs, with a non-related stimulus such as a particular sound. After conditioning, animals learn to expect the reward upon hearing the noise. In the cocaine study, the rats saw a flashing light and heard a specific tone when they pressed a lever that delivered their cocaine doses.

For comparison, researchers gave cocaine to another group of rats without these additional stimuli.

The neurons of the unconditioned rats, the scientists discovered, released far less dopamine when exposed to cocaine than did the neurons of conditioned rats.  Instead, untrained rat brains responded to the drug as if it was food or sugar—other substances that affect the reward circuit—and regained their chemical balance only two weeks after researchers stopped injecting the rats with cocaine.

Cocaine affected the reward circuit in the self-administering rats more profoundly.  Their brains still signaled that they were dopamine-starved for 90 days after they stopped taking cocaine.

“To me, it looks very convincing,” says Maarten Reith, a professor of psychiatry and pharmacology at New York University, who studies dopamine structure and was not involved in the California study. “There have been hints in earlier literature that there could be important differences between the animal making a decision based on cues in the environment versus the investigator administering it, but a lot of people ignored it.”

Chen, the author of the study, adds, “This isn’t just a basic research question—it has implications for treatment.” Next he intends to look for the specific compound that changes brain cells during voluntary cocaine usage. If discovered, researchers could focus on drugs that would block the compound, which could help people recovering from addiction control their cocaine cravings.

*Correction (December 18, 2008): This sentence originally read: “Cocaine and other opiates hijack this reward pathway and flood the VTA with dopamine, tricking the body into thinking it needs the drug.” Thanks to the reader comment below.

Genes may help kick an addiction.

Drug use history stored in your fingerprints.

Is a coffee addiction bad for you?

“”Cocaine and other opiates hijack this reward pathway and flood the VTA with dopamine, tricking the body into thinking it needs the drug.””

This article is really great…but this sentence makes no sense and makes me wonder about the rest of the articles facts? Cocaine is not an opiate, so why does it say “and other opiates”?