Keeping the Grey Goo at Bay 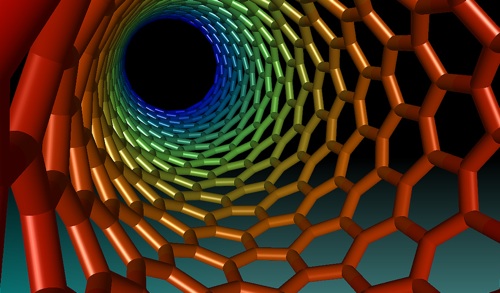 Everyone’s favorite environmental villain, DDT, was first synthesized in 1874 and then put into widespread use as an insecticide following World War II. After Rachel Carson’s 1962 exposé Silent Spring pushed the government to seriously investigate the chemical’s effects, DDT was finally banned in the United States in 1972, almost a century after its creation.

Thanks largely to this cautionary tale, researchers in emerging fields like nanotechnology now actively attempt to ferret out potential hazards before they occur. The mysterious nature of materials manufactured at the nanoscale – just a few atoms thick, or 10,000 times thinner than a human hair – has led some to fear the technology’s toxic power. Famously, early nanotechnology pioneer K. Eric Drexler discussed – and later regretted discussing – the frightening potential for self-assembling nanosized robots to turn all living matter into lifeless “grey goo.”

While the grey goo scenario is certainly unlikely, little is known about the effects nanoparticles may have on the environment and human health. To fill that knowledge gap, a recent $38 million grant from the National Science Foundation and the Environmental Protection Agency established two Centers for the Environmental Implications of Nanotechnology, or CEINs, at Duke University and the University of California, Los Angeles.

“There are probably 500 to 600 different engineered nanomaterials that are already in some product,” said André Nel,  director of the UCLA CEIN. “But imagine that in 20 years we may have 600,000.” The technology can already be found in products like stain-resistant pants and sunscreen, but most experts agree with Nel that this industry is on the brink of a manufacturing explosion. The National Science Foundation projects that nanotechnology will be a $1 trillion industry by 2015, with countless applications ranging from cosmetics to computer chips to cancer treatments.

Nel contrasted the early start of this nanotechnology testing process with that of the chemical industry from which the DDT catastrophe sprang: of the 50,000 man-made chemicals fewer than 1,000 have been tested for toxicity. “We are fortunate to start with a relatively clean slate,” he said. “We do not know of a single human disease or a single environmental or ecological disaster that has been caused by an engineered nanomaterial.”

But Cal Baier-Anderson, a toxicologist with the Environmental Defense Fund in Washington, D.C., said some studies have hinted at negative effects on fish or bacteria with certain nanomaterials. She explained that the strange properties many nanomaterials exhibit – from increased strength to changes in thermal and magnetic characteristics – make understanding their environmental effects difficult. “It adds a vast layer of complexity to… how differences in the engineering, processing or manufacture of these materials can impact [their] transport in the environment and toxicological hazards,” she said.

The UCLA CEIN will employ a predictive computer modeling technique aimed at finding types of nanoparticles that may cause harm to ecosystems or biological organisms. At Duke, researchers will use small, controlled environments known as mesocosms in order to test the effects of various nanomaterials.

The mesocosms, which are in essence large terrariums, will allow researchers to release nanomaterials into complex systems that cannot otherwise be simulated. “The impacts of nanomaterials on an individual organism may be different in a mesocosm sphere than it would be in a laboratory,” said Mark Wiesner, director of the Duke CEIN. He added that the mesocosms, which are currently being constructed in Duke Forest, can be adapted to mimic a variety of ecosystems. The first one tested over the course of the next year will be a wetland.

It is in humanity’s best interest to avoid another disastrous Silent Spring scenario, but technology historian and author Edward Tenner points out that overreactions are commonplace when a paradigm-shifting technology emerges.

“There is a long history of technology that has had messianic hopes but has turned out to be much more limited and prosaic,” Tenner said. He added that the major risks of new technologies often appear in areas far removed from those initially imagined, making effective predictive testing extremely difficult. “Most of reality is in that messy intermediate zone, as opposed to electronic levitation and grey goo.”

Even with the difficulties involved in risk prediction, Nel said starting the environmental testing process now is crucial. “We’re at the beginning of a revolution,” he said. “If you wait until you see injury and then clean up, you’re going to be very much behind the curve. We need the knowledge now.”

The lie about DDT that cost and costs millions of lives is now being extended proactively to nanotechnology by sensational yellow “journalism.”