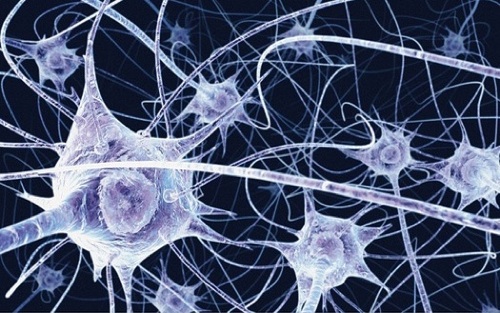 In using stem cells to treat brain disorders, scientists might be tampering unwittingly with the deepest reaches of human experience: our personality, our mood and behavior, perhaps even our sense of self. While nobody knows how likely such side effects are, a group of scientists and philosophers at Johns Hopkins University in Baltimore, Md., says they are a cause for concern and need to be addressed.

Until now, the public debate about stem cells has centered on the moral problems of harvesting the most potent cell type—embryonic stem cells—from human embryos. But the science has already moved ahead. Earlier this year, California biotech company Geron received approval to use embryonic stem cells in an attempt to treat spinal cord injuries; and on June 8, StemCells Inc., another California biotech, completed the first clinical trial using neural stem cells to treat Batten disease, a rare and fatal disorder that gradually breaks down brain tissue. Stem cell trials are also lined up or ongoing for stroke, Parkinson’s disease and Huntington’s disease.

In any clinical trial, safety is the first issue scientists study. But as they race to develop treatments for devastating neurological disorders, they might miss the philosophical fine print that changing the brain involves.

“Scientists certainly don’t always think through all of the implications of their work,” says Debra Mathews, the geneticist-turned-bioethicist who convened the working group at Hopkins. In their latest paper, published in the May issue of The American Journal of Bioethics, Mathews and her colleagues suggested that grafting stem cells into a person’s brain might lead to forgetting important memories and facts, to a more subdued or aggressive personality, or to altered sexual desire.

Although the risk of such changes may appear low, Mathews says, “there aren’t any data. We can extrapolate from preclinical trials, but I don’t think that’s particularly useful, because, you know, we can’t ask a mouse how he’s feeling today.”

Before having the idea for the working group, Mathews had been intrigued by the faulty rewiring that sometimes bungles brain function after a stroke. “You end up with very odd psychological effects like someone meaning to laugh but they cry,” she says.

How grafts will affect brain function depends on the number and injection site of the transplanted cells—both variables that doctors can control. But once the newcomers are in place, it is difficult to predict exactly how they will interact with the cells already present. Will they upset local brain circuitry or integrate smoothly?

In any case, explains Mathews, it is more than unlikely that a person would wake up from a transplant feeling like, in a sense being, the donor of the stem cells. “It’s not going to happen, because the way that our brains hold or represent our personalities or our thoughts or our memories are in complex networks of cells, not in individual cells, and certainly not in the DNA of individual cells.”

Other researchers add that the Hopkins group’s speculations should not cause undue alarm among patients. “Everything that involves interfering with the brain tends to feel scary to people,” says Dr. Maartje Schermer, a physician and ethicist at Erasmus University Rotterdam in the Netherlands. “I’m not worried that something terrible might happen, but we should look at it of course.”

Schermer says that many of the concerns raised by the group apply equally well to treatments that are common today, such as psychiatric medication. In a recent project, she interviewed a group of people who were taking drugs for Attention Deficit Hyperactivity Disorder, a common psychiatric diagnosis. “They really seemed to wrestle with their sense of identity: ‘Who am I? Am I me on the medication or off the medication?’” Schermer recalls. “Maybe we have neglected these kinds of changes too long.”

With several of the neurodegenerative diseases at least, personality changes have occurred already. My wife and her family suffer from Huntington’s disease and I can’t count the number of times I have heard, “it’s not her, it’s the disease.” The truth is it her now. She is the disease or the disease is her. Those structures of the brain are already damaged. You aren’t going to hurt a thing in the attempt. Untreated they won’t be who they were either. No one would worry if macular degeneration was treated to the point where sight was restored but they are color blind. I am sure there are times where this sort of treatment would be like using an elephant gun to kill a fly and be inappropriate, but general ethics would resolve that. The hope will always be to restore lost function with these treatments but I don’t see them as curative anytime soon for things like PD, HD, or Alz. So one won’t get “perfect”. In the meantime for accident victims, or stroke victims, it’s pretty much the only hope and one could weigh the risks of the actual loss or change with the prospective changes incurred by the treatment. It’s seldom that an ethesist would be able to predetermine the choice of the individual. It’s ethics that gives the right of refusal to a psychotic who is in prison based on that psychosis. It’s ethical to allow sex change with both surgery, and hormone therapy, and technically nothing wrong with people who underwent those procedures in the first place. This is one area where I think ethics are the least of our worries in so far as loss v. gain is concerned. As a general rule I don’t think it matters if a scientist thinks through all the implications of their work as is implied. An individual and a doctor will decide, and those who are the test subjects in trials will be informed as to the possibilities. The researchers do the work as they should, and implementation of the work is passed along to those who do think things through in their practice and note deficits. Will there be horrible results from this type of procedure? I am sure there will be. They will be self evident and attempts to correct them will be the next step. I don’t see the ethical dilemma. The FDA is strict now that ethics are built in. Some nutty professor, or greedy company won’t slip by some procedure like this without intense scrutiny.

I can hardly see the philosophical implications of inserting your own cells into your body. In comparison to the medication and invasive brain surgeries people undergo, transplanting ones own cells into the body can not cause any issues that I can see. Its like adding extra workers to a construction crew when there is a job thats bigger than the existing job. Once the job is done, they are done. Cord Blood and Adult Stem cells, unlike embryonic stem cells, are not know for doing more work than which is needed and pose no real risk for tumors. If your brain has an issue, it would be fixed, if not, the cells will do nothing.

I agree with Jojo – the alteration of personality is already there with neurodegenerative diseases. My son died at age 8 from Batten Disease. If you have ever known a child with it, then you know that stem cells altering personality is the least of the worries. The brain deteriorates robbing the children of sight, mobility, speech and cognitive skills, until it finally takes their life. So what there may be a slight change in personality. Who wouldn’t want to save their child’s life vs. not doing anything at all if there was a viable treatment. It is up to the doctors, patients and parents to weight the risk vs. benefits. I often wonder if the geneticists venture out of the lab and see the real effects on the human vs. the mouse in the lab.

Dear Sir/Madam
Am very glad to mail this to you.i am having a problem of life which i need help from you.it’s about having sex with my girlfriend but i don’t go too long then i will release so shot time.please i want a solution, thank you.