How one scientist uses the Xbox 360 to study the human heart. 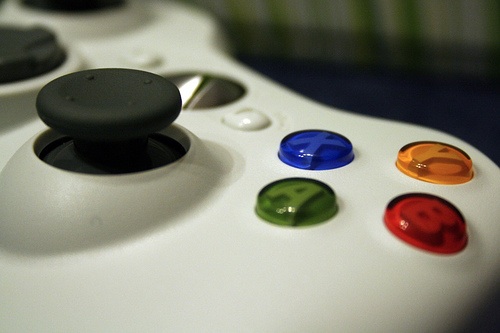 One researcher turned to his Xbox to model the human heart. [Credit:_dominic, flickr.com]

Most of us are familiar with the classic examples of laboratory equipment: the test tube, the microscope, the beaker—and, of course, the Xbox 360. Believe it or not, research scientists and video game consoles have enjoyed a collaborative relationship for quite some time now. Check out, for example, the PlayStation 3 Gravity Grid—a University of Massachusetts venture that uses a cluster of PS3s to analyze theoretical collisions of black holes—or Stanford University’s Folding@home project, which taps into the processing power of over a million volunteers’ PCs and gaming consoles to investigate protein folding.

In a recent Computational Biology and Chemistry study, the University of Warwick’s Simon Scarle added cardiology to the list of scientific disciplines assisted by video games. Scarle used the Xbox 360’s Graphics Processing Unit (GPU) to run his computer models of cardiac arrhythmia, abnormal electrical activity in the human heart. Not only did the Xbox chip provide Scarle with greater computational efficiency and speed than more traditional processing hardware, the study emphasized, it saved him a substantial amount of money. It’s far cheaper to spend between $200 and $300 on an Xbox than to construct a massive computer network worth over $3000.

Scarle’s findings echo a growing realization among research scientists: when it comes to running powerful computer simulations, game consoles are often the best values on the market. By purchasing an Xbox or PlayStation, researchers gain access to the incredible parallel processing power of a GPU—far greater than that of a CPU—without the hassle and cost of putting together a larger computing device. What I’m wondering, then, is whether Sony and Microsoft should create departments devoted solely to manufacturing hardware for academic research. Someone’s got to keep providing the scientists with their toys—er—tools!

Play a Game, Win a Nobel

Ferris Jabr has a Bachelors of Science from Tufts University and an MA in journalism from New York University. You can follow him on Twitter @ferrisjabr.