Scientists know that about half of alcoholism risk comes from your DNA, but which genes in particular are responsible, and why does it matter? 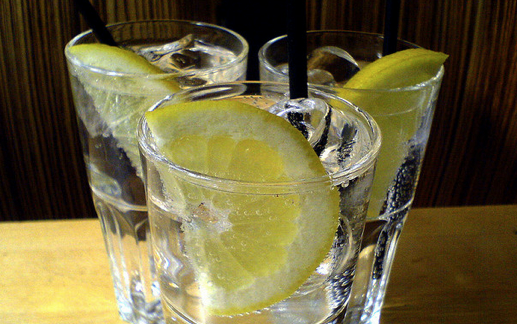 Scientists have grappled since the 1970s to definitively answer the question of whether or not alcoholism is a genetic disease. Given that families share the same environment as well as many of their genes, however, it is hard to say how much of a particular person’s alcoholism is due to nature and how much to nurture.

Now though, there is a consensus — thanks to a series of twin studies, in which experts followed adopted twins that grew up apart and noted their relationship with alcohol.

“Experts and literature consistently estimate that over half of alcoholism risk is due to heritable factors,” says Dr. Joel Gelernter, a genetics professor at Yale University. In other words, in any given case of alcoholism, up to 60 percent of the blame could be laid on shoddy DNA. Some people are genetically predisposed to the disease, but environmental factors still play a role. Something has to push the person over the edge, usually losing a job, home or loved one.

These twin studies have helped experts estimate how much genetics can influence alcoholism, but figuring out just which genes are to blame has left scientists scratching their heads.

So far, researchers have managed to isolate two groups of genes that they think are serious contenders for the “alcoholic DNA,” according to a recent review paper by Dr. Loredana Buscemi, from the Università Politecnica delle Marche in Italy.

The first risk group includes the genes that control how the body processes alcohol once you’ve consumed it. Problems with genes involved in the absorption, distribution, metabolism and excretion of the drug, experts think, could all encourage the onset of alcoholism.

Depending on which form of the gene you inherit, the rate at which your liver breaks down alcohol will vary. Faster varieties of alcohol dehydrogenase are associated with a lower risk of alcohol dependence, because alcohol lingers for less time in your system.

The second risk group encompasses genes that regulate a host of different behaviors, such as how impulsive you are and whether you’re inhibited and cautious or prone to take a risk. Scientists call this group “neurophysiological.”

Understanding the biological mechanisms and genetic codes that influence these two groups of genes “will help to redefine the disease,” says Dr. David Goldman from the National Institute on Alcohol Abuse and Alcoholism in Rockville, Maryland.

He adds that if doctors could use genetics to determine whether a patient’s alcoholism was neurophysiological or biochemical, then they could better tailor treatment to the patient.

Despite scientists’ growing understanding of the disease, and its attribution (at least in part) to genetic factors, some experts say that physicians still see alcoholism as a “self-induced disease.” This is something that prohibits them from prescribing drug therapy, preferring instead to recommend rehab, says Dr. Mark Willenbring, a Minnesota based physician who prescribes a drug called baclofen to treat alcoholism.

Baclofen is a muscle relaxant and is approved by the FDA but not specifically as a treatment for alcoholism. Baclofen has yielded success in suppressing addiction in animal studies, and there is currently a randomized, controlled trial with human participants in France.

However, a number of physicians in Europe and the U.S. prescribe it “off label,” i.e., not for the use specified by FDA.

“Most people who go through a specialty treatment for alcohol dependence are not even told of medication that will significantly reduce their relapse or, even worse, they are discouraged. That’s like going to the oncologist and not being given chemotherapy because the doctor doesn’t believe in it,” says Willenbring, who feels he has a moral obligation to inform his patients of both the medicinal and counseling therapies available.

Eliot Gardner, head of neuropsychopharmacology at the National Institutes of Health, awaits the results from studies such as the French trial but adds, “My hope is that before I die I will see addiction drugs such as baclofen more readily used, because it is a rotten disease. It causes so much strife.”

“The U.S. treatment [for alcoholism] is based on AA,” Willenbring adds. “We need to change the addiction treatment system to one of science, not ideology.” He likens modern-day treatment of alcohol addiction to that of depression 60 years ago.

“What’s going to be the Prozac moment for alcohol dependence?” he asks. His question isn’t rhetorical. He doesn’t know the answer, but he thinks one will emerge in the next 10 years or so, because the impetus is already there. “I think the patients, families and courts are extremely ready for something new. They don’t want to send someone to rehab again for the 14th time. I hope physicians will become more at ease prescribing medications.”

I think its really in the genes, I have a friend whose actually high once he has 2=3 shots of vodka then others are like “you’re so weak” but for me I’m not affected easily so I think its actually and genes are affecting the habits and defenses against influences of alcohol.

If you are going to look at it theres a lot of articles that tells that the gene can be combined with gin in a lot of ways and possibilities there are unlimited possibilities http://theginclub.bandcamp.com/track/blood-on-your-genes hope these helps.