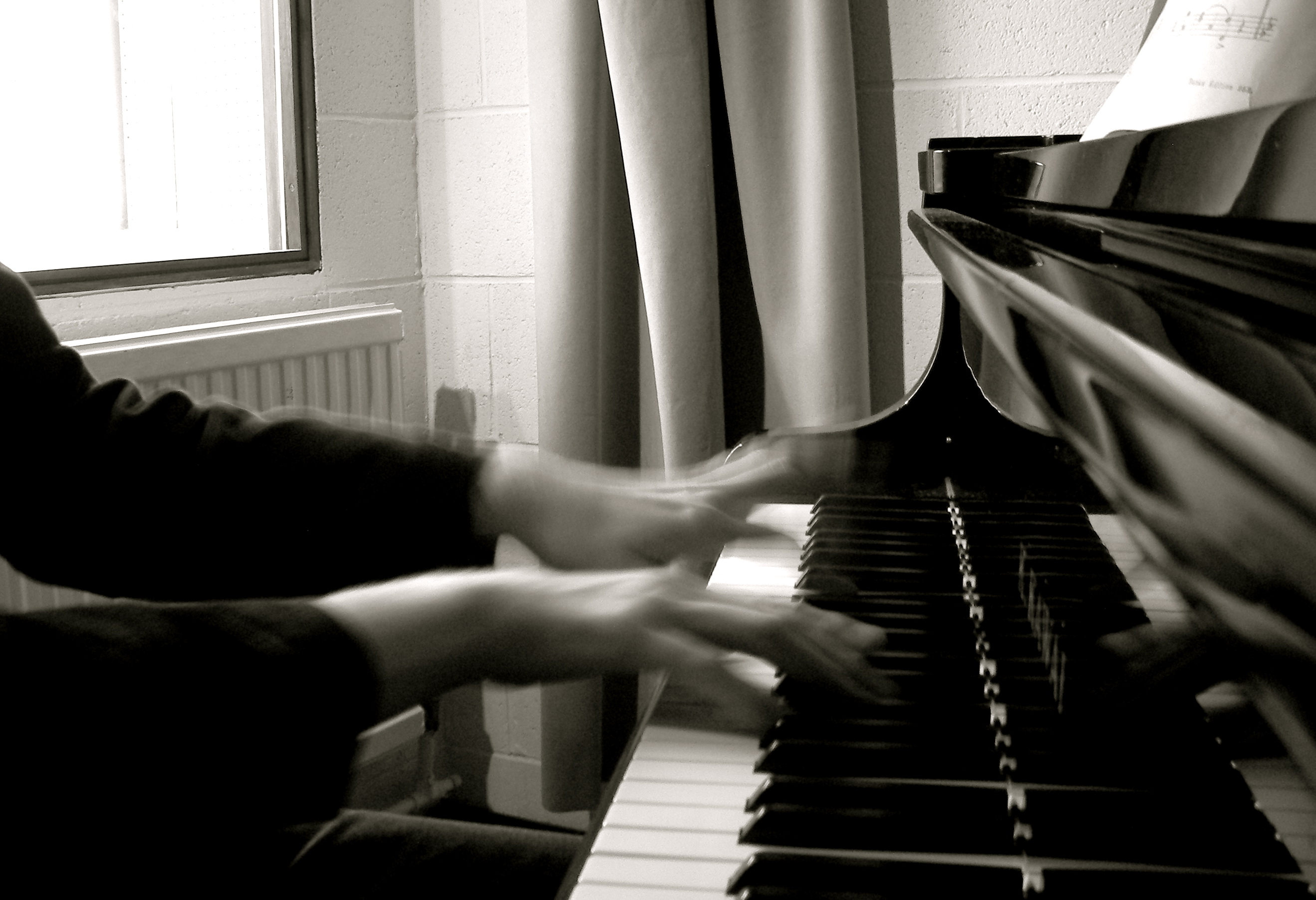 Musicians tend to hear the notes through the noise. [Image Credit: Alexander Nicholson-Ward via Stocl.Xchng]

During my three-year stint in music school, I had many chances to witness amazing musical feats. I remember seeing classmates execute complicated fingerings gracefully on ivory and brass keys, sometimes moving an audience to tears. Now scientists have found extra proof of musicians’ unique skills: They tend to be much better at understanding a speaker in a noisy environment. Their advantage seems to lie in an enhanced ability to process sounds in the brain.

The brain normally distinguishes similar sounds such as “ga,” “ba” and “da” thanks to the unique electrical impulses, or electrical spikes, that they elicit in the brainstem, the rear area of the brain. The nervous system uses features like speed and amplitude to distinguish these impulses, called neural responses. 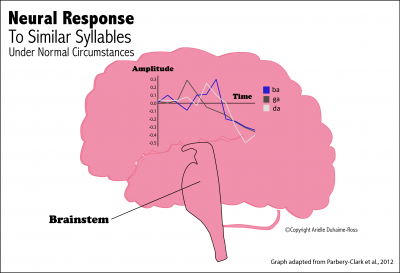 The spiking pattern of a neural response is what enables us to distinguish one sound from another, explains Nina Kraus, co-author of the study and director of the Auditory Neuroscience Laboratory at Northwestern University in Evanston, Illinois.

But amid a cacophony of competing noises, these responses can be blurred.

In the study, published in the September issue of Neuroscience, 25 musicians and 25 non-musicians between the ages of 18 and 32 were asked to don headphones and listen to sentences embedded in babble produced by four different speakers. The participants were then required to recall the sentences, and were scored according to their accuracy.

The scientists found that musicians performed consistently better than non-musicians, correctly recalling the sentences much more frequently despite the ruckus audible in the background of the recording.

Moreover, by attaching electrodes to the participant’s scalps, Kraus’ team demonstrated that an adult musician’s brain is much better at keeping neural responses distinct. This allows musicians to discriminate between similar sounds and to understand a speaker even against a noisy backdrop.

Past studies have shown that the advantages a musician acquires from training are transferable to many other aspects of daily life. For example, musicians are better at distinguishing words in tonal languages like Chinese, where words can have different meanings based on their pronunciations. But the mechanism behind this had not yet been identified.

“The results highlight some possible mechanisms to account for the speech processing advantage demonstrated in musicians,” said Dr. Mireille Besson of Aix-Marseille University in France, who also studies the effects of musical training on the brain.

To those whose instruments are now in storage: Take heart, since the benefits of playing music persist long after a musician has plucked the last string.  But if you’ve never picked up an instrument and you find yourself constantly asking people to repeat themselves at social gatherings, you might consider trying your hand at a mazurka or a “Moonlight Sonata.”

I can never hear the conversation in crowded bars– is it because I’m a terrible musician? @ArielleDRoss on @scienceline http://t.co/WCJ5heKa

Same. I should go practices my scales RT @BenjPlackett: I can never hear the conversation in crowded bars @scienceline http://t.co/SEuFljzy

Musicians hear better than others in noisy environments: http://t.co/bNb76sVd Clearly I am not musical enough. @ArielleDRoss @JonMChang

Musicians hear best over the din: Scientists demonstrate that musicians are better at understanding speakers in … http://t.co/q3e9XW0e

RT @scienceline: Musicians hear best over the din: Scientists demonstrate that musicians are better at understanding speakers in … http://t.co/q3e9XW0e

RT @scienceline: Musicians hear best over the din: Scientists demonstrate that musicians are better at understanding speakers in … http://t.co/q3e9XW0e

Scientists demonstrate that musicians are better at understanding speakers in noisy environments http://t.co/4oLe11KA

More proof that classical music is good for your brain: http://t.co/7kuJ3Vnp

RT @NinaKotovaCello: More proof that classical music is good for your brain: http://t.co/7kuJ3Vnp

RT @NinaKotovaCello: More proof that classical music is good for your brain: http://t.co/0XxdfQuU

RT @NinaKotovaCello: More proof that classical music is good for your brain: http://t.co/7kuJ3Vnp

Is this sample size of 50 people really useful? I would imagine a larger study would reveal counterbalancing effects, such as hearing loss from amps, drums, brass instruments, etc. Also, musicians used to working in loud environments like bars might be better lip-readers or might have had more practice in distinguishing words. Was this accounted for?