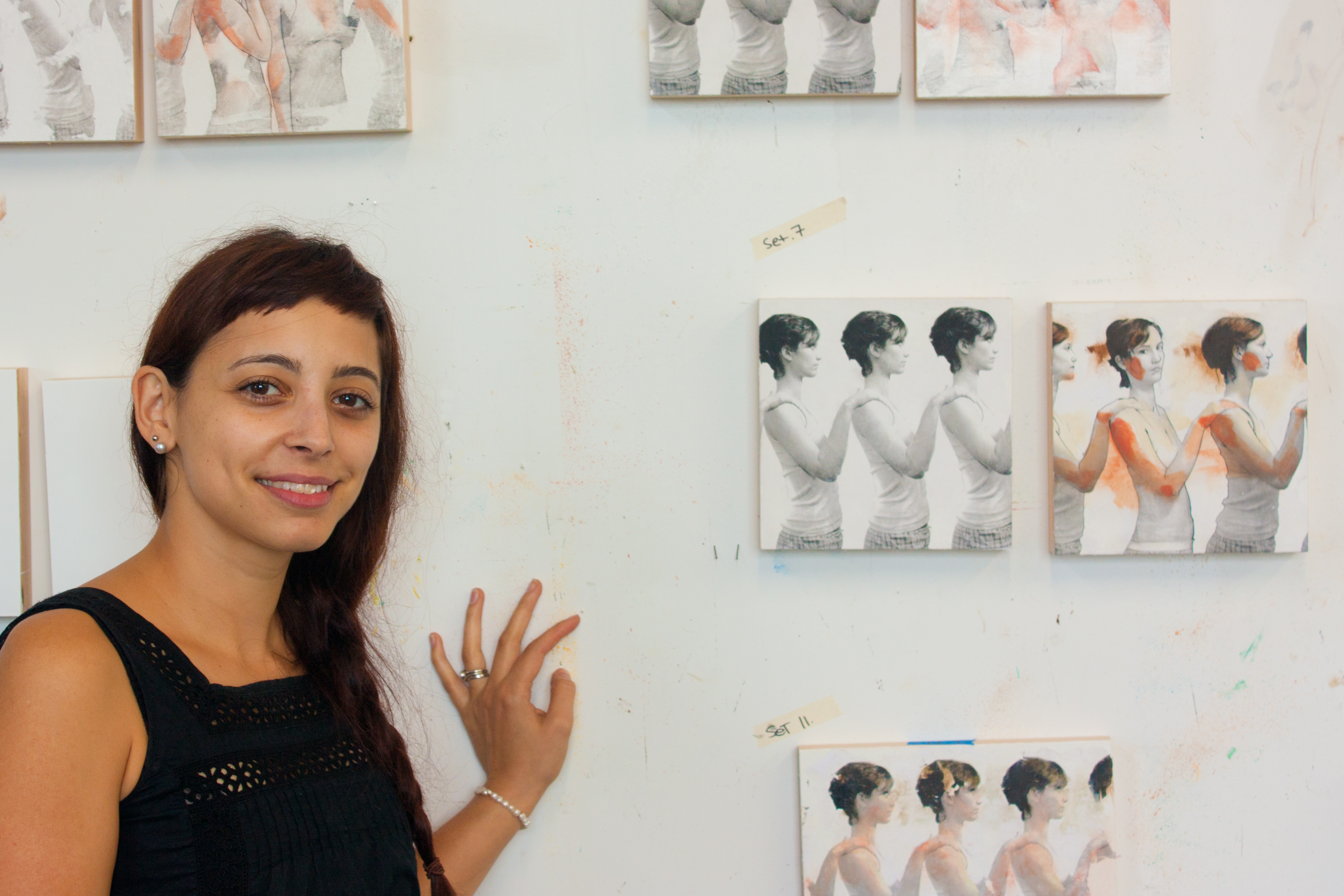 Getting your art featured on the cover of an international publication while still an art student is a big deal. So when artist Joana Ricou‘s depiction of a mouse hippocampus, the region of the brain located in the medial temporal lobe that deals with memory, made the cover of the Journal of Neuroscience in 2005, she took that as a sign that the universe was giving her the go-ahead.

Now the Portuguese artist has developed an application that teaches children about natural selection called “Evo-Repro.” And Wix Lounge, a free co-working space in Manhattan, is featuring her newest neuroscience-inspired artwork.

Scienceline sat down with her before her show opened to discuss how she came to combine art and science, and how her current projects reflect that combination.

You’re an artist who focuses on science. Do you have a scientific background?

I do. Actually, my whole background is scientific. I started university in Lisbon, and I studied biological engineering, which I hated. But then, I discovered Carnegie Mellon University and I really started getting excited once I found out that they had a program where you could study biology and art at the same time.

From that moment on, I was waging this subversive campaign to move to the United States, and I declared that I was going to work in science and art, or die.

So where does your art background come from?

I’ve always drawn. I’ve always tried to paint. When I got to CMU, I didn’t have enough art background to get into the art and science program, so I started taking art classes in other schools. I spent three years begging to get into that combined program, but it was amazing.

How did the idea for Evo-Repro, your natural selection computer application, come about?

While I was doing all these things in different museums, I realized that we didn’t have an image to go by, an image about evolution. I realized there wasn’t a really good picture that was going to show you, with an accessible level of detail, what we sort of know. That led me to create one. 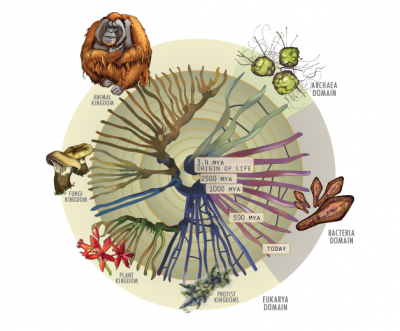 Joana Ricou’s The Spiral of Life

So that got me started, and I thought the next cool step was to make a little simulation where we see evolution happening.

In “Evo-Repro,” each organism has a genotype and each organism feeds on the RPG values of the pixels of the background. If we just give it a background with different colours, and the colours are the food, then the organism can just adapt to the different backgrounds.

When we wanted to make it interactive, we thought, well, it’ll be a paint program. For me that is really exciting because it’s really mixing artistic exploration with scientific rules and processes.

Your art show, running until November 2nd, is about neurobiology?

Yes, that is something I’ve been interested in for some time. This work is very different than what I’ve done before because most of my neuroscience-inspired artwork has mostly been paintings of neurons.

With this body of work there has been an interesting convergence where my figurative work is now talking about neuroscience. And the themes that it’s exploring, specifically, are how memory is formed and is recalled.

We have this continuous sense of consciousness but in reality it’s actually very discontinuous. Even what you are thinking and storing in your head has these little breaks here and there. This is what this work is about. It was about trying to address those questions of discontinuity and multiplicity, which are very dear to my heart, because of my multiple interests, but without painting a neuron cell.