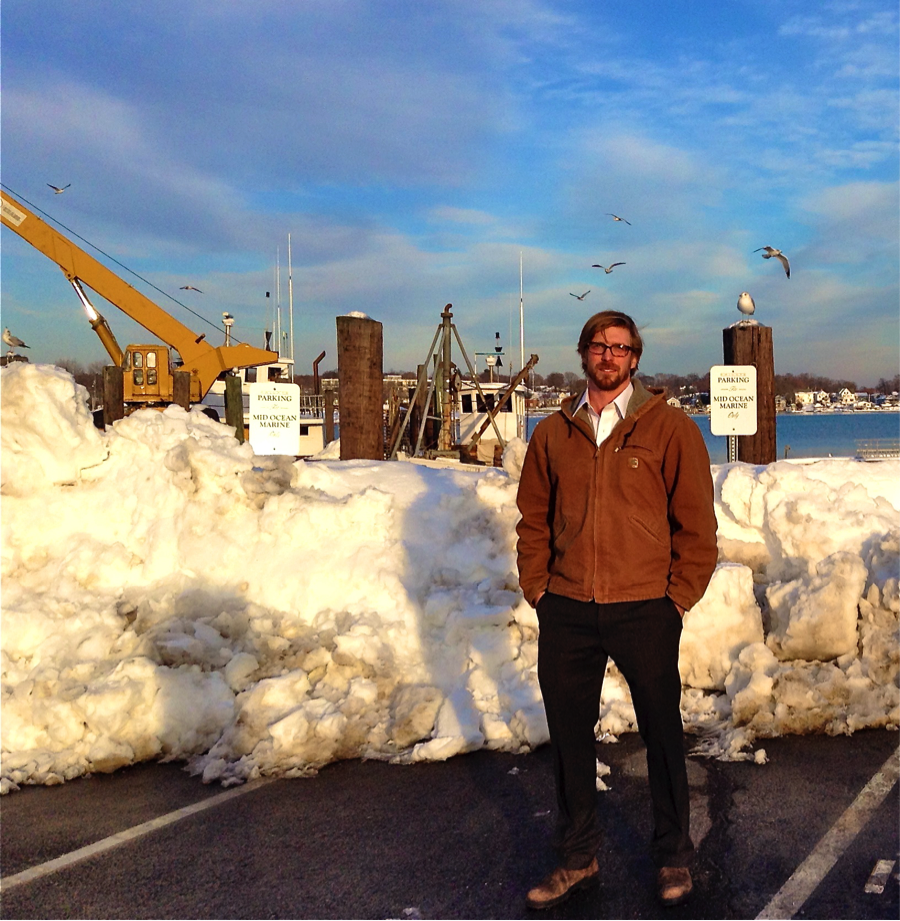 VIDEO: New York State: To frack or not to frack?

The conversation that changed Pace Ralli’s life happened on a freezing March night in 2012, in a remote cabin in the Colorado backcountry. There was no power and the wood-burning stove had practically frozen, so sleep was out of the question.

Instead, Ralli turned to his childhood friend lying awake on the floor beside him and started talking about his work investing in energy efficiency measures for commercial real estate. His friend, Volckert van Reesema, is a ship owner, and posed a question that Ralli had never heard before: Could he make ships more energy efficient too? Why yes, Ralli responded, he could. “You know,” van Reesema replied, “I think I could really use that.”

The seeds for an unlikely business venture had been planted.

A 34-year-old former vagabond who jokes that two years ago he “couldn’t even spell shipping,” Ralli is now the co-founder of Clean Marine Energy, helping ship owners to meet looming emissions regulations. He’s doing it by providing the financing to convert ships to run off a fuel that’s just recently emerged in the shipping industry: liquefied natural gas (LNG), a condensed form of natural gas created by extreme cooling that emits almost no sulfur and significantly less nitrogen when burned.

It’s a venture that seeks not only to make a profit, but also reduce a massive yet often overlooked source of global air pollution. Shipping accounts for more than 90 percent of global trade and uses approximately 330 million tons of fossil fuels every year — about 8 percent of worldwide consumption. “The heavy fuel oil that ships are burning is the next closest thing to asphalt,” Ralli said. “When you do combust it up there’s a ton of carbon dioxide, sulfur, nitrogen and particulate matter emitted.” In fact, the global merchant fleet is responsible for about 15 percent of all the smog-forming nitrogen oxides released worldwide, five to eight percent of global acid rain-forming sulfur oxides and more than three percent of total carbon dioxide, the key pollutant driving global warming.

“Emissions from the shipping industry are substantial and contribute to declining air quality, worsening climate change and ocean acidification, all of which have implications for the health, wellbeing and economic viability of human communities,” said Ellycia Harrould-Kolieb, a doctoral candidate at the University of Melbourne in Australia who has authored reports on shipping’s impact.

The International Maritime Organization has taken note. By Jan. 1, 2015, any ship operating within specially designated zones will have to burn fuel with less than 0.1 percent sulfur — a 90 percent reduction from current standards. Thousands of vessels will be affected because the zones, called Emission Control Areas (ECA), include some of the world’s busiest shipping lanes.

To comply, ship owners have various options: They can switch to more expensive low-sulfur fuel, install an emissions-control device called a scrubber, or convert their ship to run off alternative fuels such as Ralli’s LNG. The choice is a classic cost-benefit analysis typically involving a marine consultant. For ships that are less than five years old, can afford to take time out of the water for retrofitting and spend a majority of their time in an ECA, LNG is suggested. For a more sizeable ship — such as a bulker — that’s between five and 15 years old and rarely travels in an ECA, installing a large scrubber might make more sense. And for older ships, that speed through ECAs from time to time, simply switching from $650/ton high-sulfur fuel to $1,100/ton low-sulfur fuel for the emissions-regulated stretches is advised.

“You really need to calculate what’s most profitable,” noted Christos Chryssakis, who researches energy efficiency in ships at the maritime consulting firm DNV GL. “And that depends on what type of ship you have, how you operate your ship and how much time you spend in Emission Control Areas.” For many ship owners, Chyrssakis believes, switching to LNG is a smart, feasible idea. “Regulations are a big driver for change,” he said. “We’re going to reach a tipping point where people will be convinced that converting to LNG works, and we’ll start to see a big increase in this technology.”

For Ralli, the opportunity to usher in what he calls “the next era of marine fueling,” was too great to pass up. “Pace has always been charged up about the potential for business to improve the world,” said Ben Jervey, an environmental writer and friend from Middlebury College. “And he’s always had the spirit and mind of an entrepreneur.” Ralli started his company, which goes by the initials CME, with van Reesema in May 2012. “There was just such huge potential for improvement,” Ralli said. “And I think there’s something in my personality that’s a little bit addicted to this feeling of the unknown.”

Despite LNG’s huge environmental advantage, and the prospect of bountiful supplies thanks to the spread of hydraulic fracturing, or fracking, Ralli faces a sizeable speed bump: The shipping industry is conservative — no one wants to be first to convert when the future is uncertain. “Most of the players in the shipping industry are privately owned family companies who don’t like change,” said Magnus Tangen, CME’s director of commercial management. “The challenge is trying to persuade people to think in a new way,” agreed Alisdair Pettigrew who met Pace through the Carbon War Room, an international non-profit that promotes the adoption of innovative business models for a clean economy, and is now a senior advisor to CME Europe. But they point out that shipping has changed before, shifting from wind to steam to petroleum.

Ralli also has an ace up his sleeve: there are at least 151 ships that can’t escape an ECA. Traveling exclusively in North American waters, these vessels are covered by the Jones Act, the federal law that maintains control over any ship working between U.S. ports. “Out of the hundred thousand ships around the world, this fishbowl market is very interested in LNG because 100 percent of the time they operate they’re going to be within the regulation,” Ralli said.

So far, the conversion is underway in just one ship — The Great Lakes Trader — of which van Reesema is a majority owner. CME has made the initial $2 million investment to make it “LNG- ready” and now the design is awaiting approval from the Coast Guard. Ralli expects the vessel to be on the water by February 2015.

“This is all just happening for the first time and once this ship and a few others convert successfully, we strongly believe many more will quickly follow in order to remain competitive,” Ralli said. Sitting in his Connecticut office, Ralli reached for an orange Post-it note, carefully avoiding his Aviator sunglasses resting atop the latest issue of Skiing Magazine, and scribbled a large “5-0” on the paper. “We want to convert 50 ships to LNG in five years,” he said. “The average ship burns about 12 thousand gallons of crude oil everyday. It’s amazing how much of an impact this could make.”

His colleagues at CME are convinced Ralli can succeed. “Pace is an incredibly inspiring individual who’s young and hungry and wants to make change happen,” Tangen said. “He’s an absolute ninja,” echoed Pettigrew. “For Pace, there are no barriers to what can be done, which is an absolute necessity because we’re talking about a revolution.”

Prodded by the upcoming emissions regulations and the Jones Act, Ralli’s vision to “future proof” marine vessels has set sail. “Shipping can be done in a better way and that needs to be known,” he said. “When it all boils down to it, I know this has to happen.”