Stories in the sediment

Tom Cronin stumbled into studying deep ocean floors, and hopes he can help others find the same curiosity for the unknown 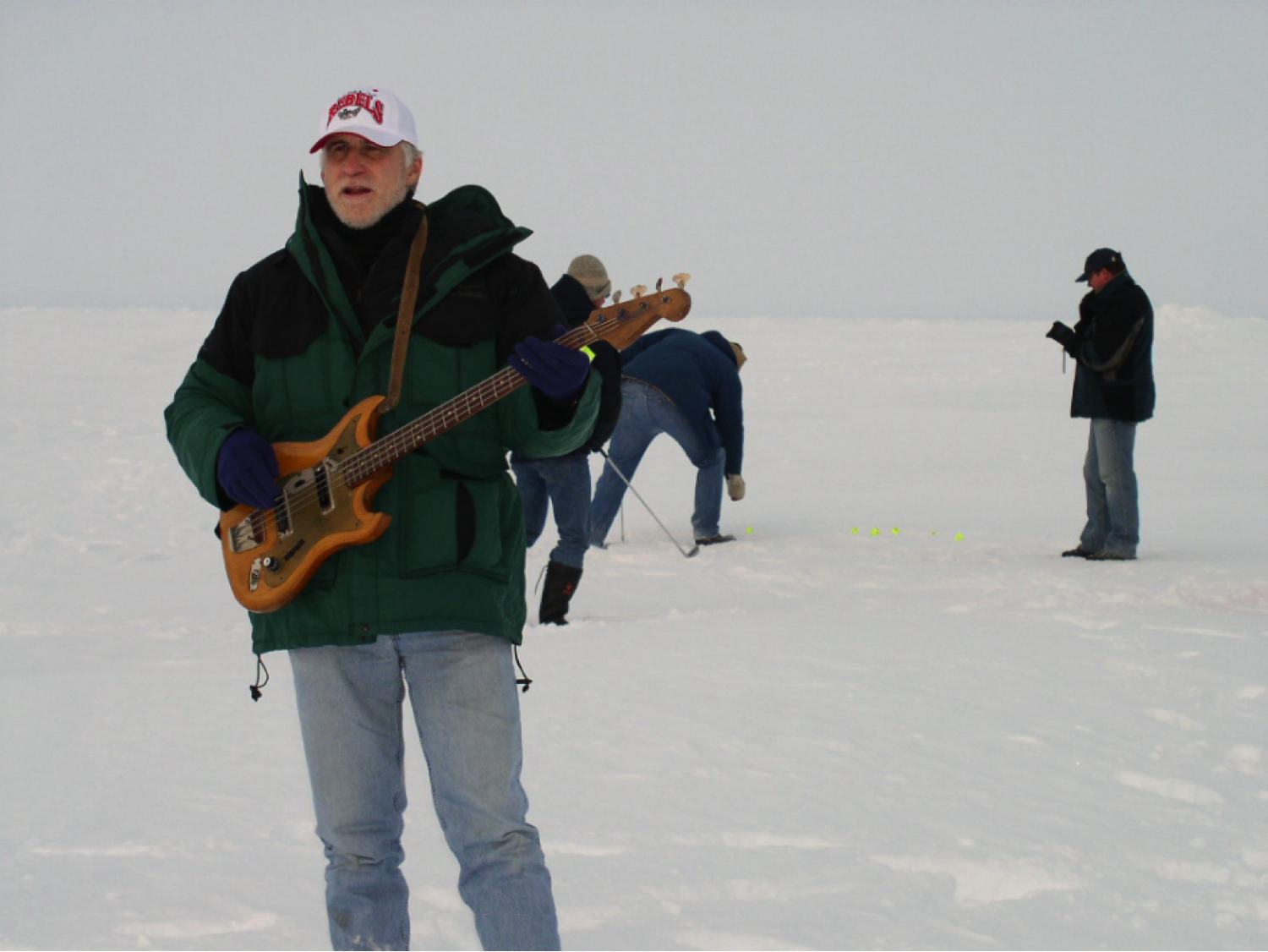 For the Sake of Sediment

In the summer of 2004 during an Arctic Coring Expedition, Tom Cronin, a geologist for the U.S. Geological Survey (USGS) took a break from drilling through ice at a spot just below the 90th parallel north. He strapped on his bass guitar and, in a moment that made history, Cronin brought a form of live rock to the North Pole.

On the same trip, Cronin also accidentally wound up in the reactor room of a nearby Russian nuclear icebreaker when his curiosity got the best of him. But despite these Arctic antics, Cronin was on a very serious mission: It was the first expedition led by the Integrated Ocean Drilling Program — an international group of scientists dedicated to study ocean floors — to take sediment cores from 450 meters beneath the bed of the Arctic Sea. These cores helped scientists understand how warming periods from 56 million years ago affected the world’s polar oceans.

That was Cronin’s first trip to the North Pole, but he’s been back six times since, most recently in the summer of 2014. Cronin, now 54, studies how climatic events in the past affected the world’s oceans today. By looking at sediment samples from warm periods millions of years ago, his work provides clues about how oceans will change in the future, including shifts in biodiversity and rises in sea levels.

At 6 foot 4 inches, with an athletic build, a full head of white hair, and a constant scowl and furrowed brow, Cronin looks a bit like the stormy Arctic Sea. He constantly connects issues between fields, said colleague Jerry Dickens, a geochemist at Rice University in Houston, Texas, and has a “crusty” personality that can be quite intimidating.

Debra Willard, a climate researcher at the USGS, called Cronin one of the top geologists in the field. Over the past 30 years, his research has given him expertise in numerous aspects of oceanography. Although Cronin takes his science seriously, he doesn’t take himself that way. Despite his dark demeanor, he’s light-hearted and even silly at times. It’s because he’s genuinely happy to have found a career he loves and sees as his duty, he said. He’s extremely grateful that he had the right people to introduce him to science while he was in college. So when he’s not answering the U.S. government’s questions about ancient climactic events, he’s paying his fortune forward by inspiring other young adults to become scientists.

The son of a U.S. Marine, Tom was the second of seven children in an Irish-Italian family. He was born in the Bronx, but grew up in Connecticut. Now, he lives in Reston, Virginia, within a mile of his work, gym, three sons and four grandchildren.

Cronin never thought he’d be conducting research on Arctic icebreakers, or even studying geology at all. He sometimes seems surprised at his own success, and describes his teenaged self as “clueless” as to where he’d wind up as an adult.

Cronin said a series of coincidences led him to his career. When he was 14, a basketball coach noticed his height and suggested he try out for the team. Three years later, he was playing at the varsity level and being recruited by colleges in the area. With the encouragement of his high school coach, he chose Colgate University in Hamilton, New York, where he became one of the university’s top ten rebounders of all time. At Colgate, he took an evolutionary biology class where he met his mentor, Robert Linsley. A paleontologist, Linsley convinced Cronin that he should pursue graduate studies in geology, and in 1972 Cronin matriculated at Harvard University.

According to Cronin, after that everything just fell into place.  “I never had a catharsis or awakening,” he said. “I just went along with what felt right at the moment.”

Cronin’s mentors may have pushed him in the right direction, but there seems no doubt that his own intelligence and perseverance took him to where he is today. The USGS’s Willard speculates he has a photographic memory because of his ability to retrieve facts from a variety of disciplines. He’s authored close to 160 papers and two books on paleoclimatology.

Research is anything but work for Cronin: It’s a combination of public service and obsessive hobby, he insisted. He joked that he needs a break from holiday time off to get back to work.

Cronin hopes to provide the same inspiration his mentors gave him and perhaps induce others to take up geology. To that end, he has taught at six different universities, and is currently an adjunct professor at Georgetown University in Washington, D.C. “I like the students because they’re interested and interesting,” he said. He’s brought in dozens of interns and students to work for the USGS, Willard said, and many go on to obtain various types of graduate degrees.

Cronin takes a personal interest in each of his mentees. In 2005, Morikai Yasuhara relocated to the United States to begin his post-doctorate work with the USGS under Cronin’s supervision. When he did, Cronin picked him and his wife up from the airport, offered them a home until he found an apartment and even helped them purchase a car. They’ve written 10 papers together since. Even now that Yasuhara is a paleobiologist at the University of Hong Kong, he still remembers Cronin’s distinct personality: He called him “impatient, but cheerful and talkative.”

Cronin himself claims he’s a simple man.  According to him, “if you find something you like to do, and you’re good at doing, then you should do it, right?” It’s this attitude that gets him out of bed every morning, whether it’s to take ancient sediment samples or jam with his guitar at the North Pole.