The story of MERS gets murkier

How scientists are tracing a virus back in time 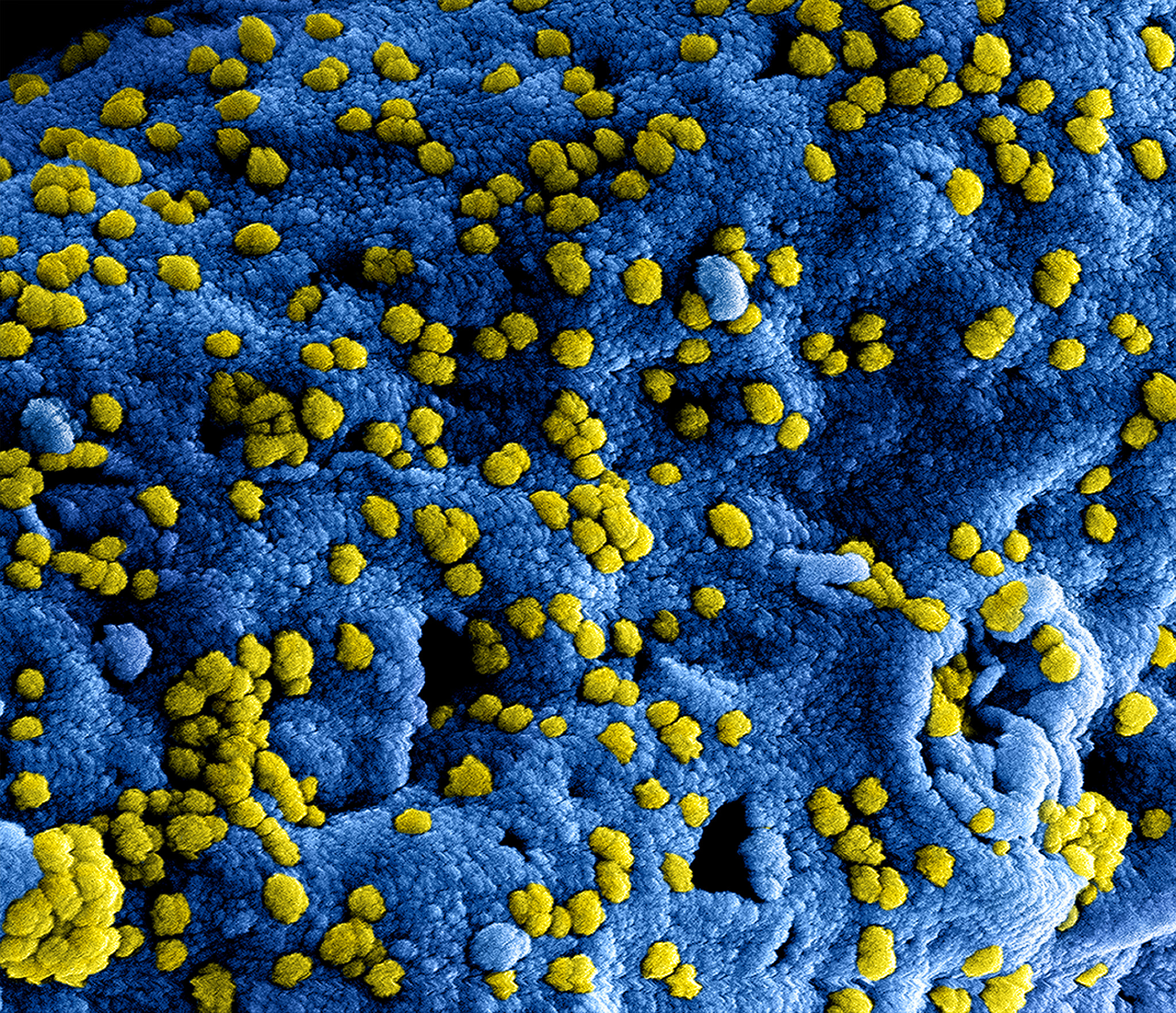 Particles of the Middle Eastern Respiratory Syndrome (MERS) virus, a pathogen with a past. [Image Credit: NIAID via Flickr, CC BY 2.0]

Why salmonella is so hard to beat

Researchers thought they had MERS more or less figured out. The consensus view was that the potentially lethal virus, known formally as Middle Eastern Respiratory Syndrome, had arisen in bats, which passed it to camels, which passed it to humans. Since MERS first emerged in Saudi Arabia in 2012, more than 1,600 people in 26 countries have been infected.

But further research is casting doubt on that origin story.

The MERS virus may have actually spread directly to humans from bats without going through camels first, says Daniel Janies, a bioinformatics professor at the University of North Carolina, Charlotte. He presented his unpublished analysis of the viral DNA sequences at a symposium hosted by the Smithsonian National Museum of Natural History in September 2015.

His work also shows humans may have given MERS to camels, after which the two species passed the virus back and forth. That humans may be an intermediary for MERS reaching camels instead of the virus’ final destination goes against how we think of ourselves, Janies says.

“People intuitively want to think that humans are clean,” he says. “We are letting the data tell the story and not putting in a bias.”

MERS, which has killed over a third of those infected, is a difficult virus to eliminate because it continues circulating in camels even after human cases dwindle, so outbreaks can recur. The disease’s early symptoms sound like just a common virus — fever, cough and shortness of breath — but infection can progress to affect the lungs so severely that a patient needs to be on a breathing machine to live.

Camels are still key players in the continuing spread of MERS, says Michael Osterholm, director of the Center for Infectious Disease Research and Policy at the University of Minnesota. MERS cases in 2015 followed two patterns, according to a World Health Organization report: People tended to catch the virus either from camels or from previously infected people in health care settings.

“If we could stop transmission from camels to humans, we could really clean this up and deal with it,” Osterholm says. However the virus got to camels and humans originally, he says public health efforts should remain focused on preventing camels with MERS from infecting humans.

For his analysis of MERS’ origin, Janies analyzed the DNA sequences from over 300 MERS samples collected from bats, camels and humans. Then he made a phylogenetic tree, a sort of viral genealogy showing how closely related the various versions of the virus were. Since DNA mutates over time, the more similar DNA sequences from two different viruses are, the more closely related they are.

Janies could see that viruses from humans were very closely related to viruses from bats, not just to those from camels. He could even see exactly which mutations were associated with the virus crossing between species.

“We can put the events and data points in order and read them like chapters in a book,” Janies says.

His analysis conflicts with a phylogenetic tree published in 2014 in the Journal of Virology, which indicated the virus moved through camels before reaching humans. Janies came up with his new result because he used more genetic data, he says. His analysis included DNA sequences from 340 MERS viruses, while the previous phylogenetic tree used genetic data from only 26 viruses.

Independent experts say it’s too early to be sure which theory is correct. There are a number of potential scenarios for how MERS spreads biologically, explains Elodie Ghedin, a biologist at New York University. It’s possible that camels always carry the MERS virus and sometimes infect humans, or that some camels are infected by bats and then pass MERS to us, or that the virus lives in bats and is passed on to both camels and humans that come into contact with bat droppings. “It’s not clear at this point,” Ghedin says.

It’ll take scientists more time and research to know for sure where MERS came from, says Ziad Memish, who was Saudi Arabia’s deputy minister of health in the early days of the MERS outbreak.

At this time, “nobody can deny camels are part of the package,” Memish says, “but I don’t think they’re the full package.”