Shaking up the blood supply

Freeze-dried plasma has helped trauma patients for decades. Why is it still out of reach for the American military? 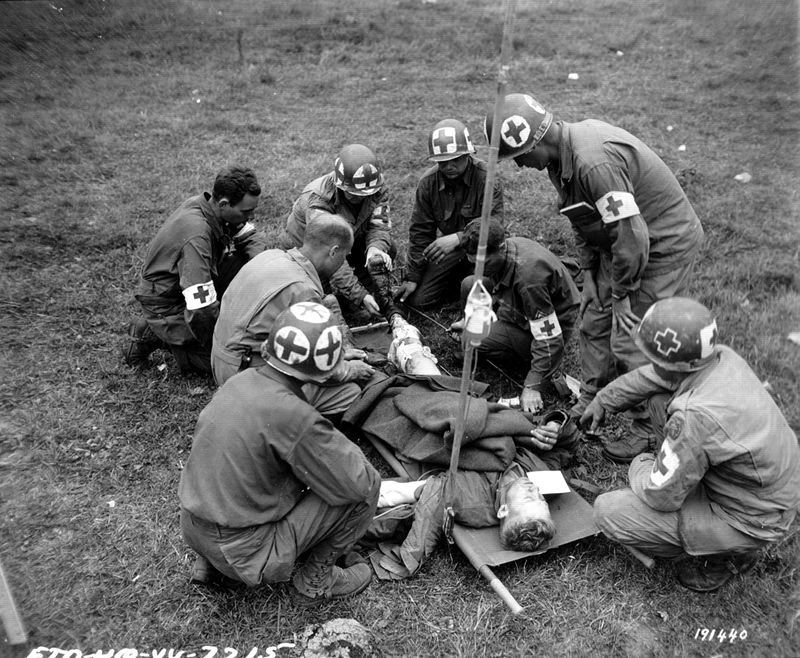 When soldiers are injured on the battlefield, time and resources are in short supply. One resource that’s particularly problematic: plasma.

On the battlefield, there’s often a shortage of blood to resuscitate trauma patients, since storage conditions and shelf life can prevent the team from maintaining an adequate supply. In those cases, running out of blood can mean the difference between life and death for a soldier, prisoner of war, or civilian.

Freeze-dried plasma is one solution for military blood shortages. It provides a host of logistical advantages and is used by France, Germany and other NATO allies. However, it’s not yet approved by the U. S. Food and Drug Administration, which prevents it from reaching the majority of the American military. The army has been working to get FDA approval for years and researchers recently launched a clinical trial for a new freeze-dried plasma product. If all goes well, it will move out of the lab and onto the battlefield.

“Once it’s fully approved in the U.S. that’s just going to be a huge advance for being able to do good damage control resuscitation,” says Col. Matthew Martin, trauma medical director of Madigan Army Medical Center and associate professor of surgery at Uniformed Services University of the Health Sciences.

Plasma is one component of blood, in addition to platelets, white blood cells, and red blood cells. It’s a liquid that ferries proteins throughout the body, like clotting factors, which thicken and solidify to stop a person from bleeding. This is crucial because without clotting factors, a person can die from blood loss before doctors can treat the underlying problem.

Currently, medical centers in the U.S. use fresh frozen plasma, which is plasma that has been removed and frozen for storage. Freeze-dried plasma, on the other hand, is created by sending plasma into a special chamber that suctions moisture out to create a powder. Freeze-dried plasma offers key logistical benefits—especially in an austere environment like the battlefield, says Dr. Harvey Klein, chief of the department of transfusion medicine at the National Institutes of Health.

With freeze-dried plasma, a doctor reconstitutes the powder with intravenous solution and it’s ready for use. Simplistically put, just add water! This means freeze-dried plasma can be deployed at a moment’s notice, while fresh frozen plasma takes 30 to 45 minutes to thaw. Freeze-dried plasma can also be stored at ambient temperatures, which eliminates the burden of carrying a freezer. The light powder is also easier to ship and carry. And it has a long shelf life, which is vital for military supply chains strained by time and resources.

“[Freeze-dried plasma] is a product that we can push farther forward on the battlefield, closer to the point of injury, to potentially save lives while simultaneously reducing the logistical footprint,” says Andrew Atkinson, product manager at the U.S. Army Medical Material Development Activity (USAMMDA).

Despite the futuristic image of powder morphing into blood, freeze-dried plasma has actually been used since World War II. Although other countries have continued to use it, freeze-dried plasma lost favor in the U.S. in the 1970s amid fears of hepatitis and HIV. (Screening technologies and single donor plasma have since resolved those concerns.)

Standard U.S. forces generally do not use products without FDA approval, Martin says, so pushing freeze-dried plasma through the FDA is key. The USAMMDA began funding the freeze-dried product HemCon in 2009, but the process screeched to a halt when the company declared bankruptcy.

This time around, freeze-dried plasma appears to be moving through the FDA pipeline more smoothly. The USAMMDA is collaborating with Teleflex Incorporated to create a product called RePlas. The army submitted an investigational new drug application and partnered with the University of Cincinnati’s Hoxworth Blood Center to begin clinical trials. After receiving FDA permission, the Cincinnati research team began to recruit patients for a phase one clinical trial. The researchers expect to have results in the middle of 2018.

“We’re very excited about everything we’ve seen so far in preclinical development,” says Phil Nalbone, vice president of corporate development at the Vascular Solutions division of Teleflex. “We know that this is a very important product to produce not only for the armed forces but longer term for the civilian trauma market and we are very committed to its success.”

The first clinical trial will establish the safety and efficacy of RePlas. The 24 participants will be treated with their own plasma, both frozen and freeze-dried, to serve as their own control condition. The scientists will administer three increasing doses, in order to assess how different amounts of freeze-dried plasma function in the body.

“We think that the plasma will probably be safe and efficacious,” says Dr. Jose Cancelas, deputy director of the Hoxworth Blood Center and the study’s principle investigator. “I’m very optimistic … But of course you never know, that’s why there are trials.”

If all goes well, RePlas will be approved in 2019 or 2020 and Teleflex will begin commercializing it immediately after, Nalbone says. Nalbone did not disclose the exact price, but said that RePlas will be sold at a higher cost than fresh frozen plasma, to incorporate the cost of the freeze-drying process.

While the military pushes research on freeze-dried plasma forward, the technology’s impact will likely reach far beyond the military. The U.S. Department of State inquired about stocking American embassies with the product as well, Nalbone says. And urban trauma centers have expressed interest in RePlas, too.

Dr. Hasan Alam, chief of general surgery at the University of Michigan, says rural communities and medical centers without ample storage space could also benefit from the technology, especially because acute injuries, like car accidents or gunshots, are so prevalent.

Alam, who conducts research on freeze-dried plasma, adds that injuries are the third leading cause of death in the U.S. “If you look at young people, more people die from injuries than all other diseases combined,” Alam says. “This is what kills Americans day in and day out. It’s not just in a battlefield setting—it’s in the civilian setting.”

Freeze-dried plasma isn’t the only solution for the blood supply. Scientists are also experimenting with “blood pharming”—using stem cells to create blood from scratch. Another strategy is “suspended animation,” dramatically lowering the body’s temperature so that tissues require less oxygenated blood.

“These technologies are moving at light speed in the lab,” says Army doctor Martin. But as freeze-dried plasma illustrates, it may be decades before those cutting edge technologies permeate the medical field. The FDA takes the safety of blood products very seriously, Martin says, as the tight regulation of those products demonstrates.

“Freeze-dried plasma is a practical, easy solution for a perplexing problem that we have,” Alam says. “Other European countries are using it, and our injured people, both civilians and military people, deserve the same care that our counterparts get in Europe.”