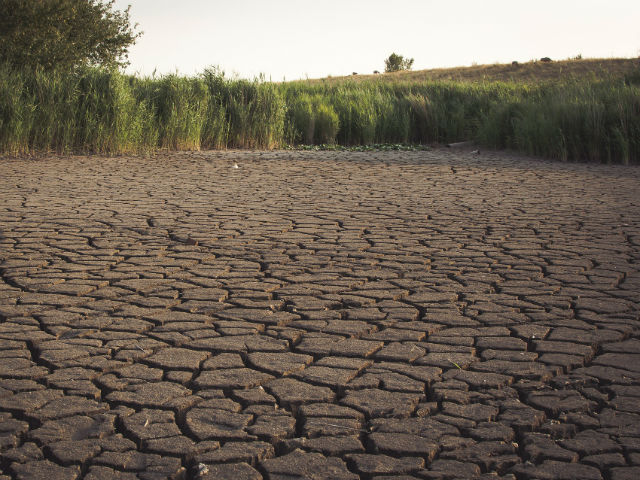 The U.N. concluded that by 2030 water scarcity, aggravated by climate change, will displace between 24 million and 700 million people worldwide. / Credit: Pixabay

Water crises are no longer science fiction. Guyra, a small town in Australia, is 400 days away from a water shortage. And last year, Cape Town became the first major city to narrowly escape the threat of a “day zero,” when water would stop running through its pipes. Yet public water managers around the world ignore a key element when calculating where shortages are likely to appear, new research suggests.

The environmental researchers argue, using a mathematical model, that scarcity is in part determined by how a region uses their water — not just the total volume of water available. Researchers say their model is the first to take this key variable into account. The model reveals that 35 percent of the world’s population lives in the 10 percent most stressed river basins, in terms of how water is used in those areas.Furthermore, 35 percent of the world’s calories from crops are produced in these regions. The results were published in June in Nature Sustainability.

“This type of analysis hasn’t been done before at a global scale,” says Yue Qin, a sustainable development researcher at Ohio State University and lead author of the research.

In 2016, the U.N. concluded that by 2030 water scarcity, aggravated by climate change, will displace between 24 million and 700 million people worldwide. But this estimate is based on very limited data.

“Turns out that at a global scale we have pretty terrible data about water,” says Kate Brauman, lead scientist of the Global Water Initiative at the University of Minnesota and who wasn’t involved in the study. For her, even if the U.N. reports are valuable, this research “is very important because it gives us clues on how to manage water without all the information.”

For the new work, Yue and her colleagues developed a water availability model that introduced a concept of flexible and inflexible uses of water. In short, if the water of a river is destined for inflexible uses, such as the irrigation of perennial crops like most fruits and spices, power generation or human and animal consumption, that river basin is at a greater risk of a water shortage than one with more flexible uses, such as irrigating annual crops like rice, maize or wheat. Halting water supplies for inflexible uses has an extremely high economic and social cost, Yue explains.

The new model estimated water flexibility in 400 river basins worldwide, as well as variation in these rivers’ volumes over the past four decades. Yue’s team also attempted to forecast the future.  Focusing on six river basins from North and South America, Asia, Europe, Australia and Africa, they brainstormed ways to make regional water use more flexible. For example, in the Tigris and Euphrates basin in Western Asia, they suggested limiting the expansion of crops that require a lot of water, like rice, herbs, and certain fruits. In the Nile basin, researchers suggested installing shading for dams to limit water evaporation — a major issue in the region.

This type of global scale analysis, says Brian Ritcher, a researcher in water science that has worked as an advisor for the United Nations who was not involved in the study,  “provides some very interesting patterns and insights”.

However, Richter points out that even if certain uses are more flexible than others, any effort to change water uses is a herculean task. “Sometimes you can’t physically move water to another use, maybe you have laws that forbid the change from one use to another one,” he says,  “A lot of those details are very difficult – if not impossible– to address at a scale of a global study.”

Another limitation is that a study of this magnitude can’t take into account how water use varies throughout the length of a major river basin, says Kate Brauman of the University of Minnesota’s Global Water Initiative. Brauman was not involved in the study. For example, the study analyzed the Mississippi River basin as a single unit, but “there’s a lot of differences within the Mississippi watershed,” Brauman says. So, the fact that this river is not in the group at greater risk of water shortages might be true for some parts of the basin but not others.

Yue is aware of these limitations and is excited to see how other scientists will use this new index on a local scale, and how it may contribute to new water management policies.

This research is just the beginning, says Yue. She thinks that adding new variables to the model will be the key to a more precise understanding of threats to regional water supplies . “Climate change will affect our energy and agriculture security because it is going to change all our natural environment –including rivers,” she says.

Before arriving in New York, Maria Paula worked as a full-time staff reporter for El Espectador, one of Colombia’s leading newspapers. She has traveled on helicopters, boats and canoes looking for stories about water resources and deforestation.