Past tree-planting pushes have had unintended ecological consequences 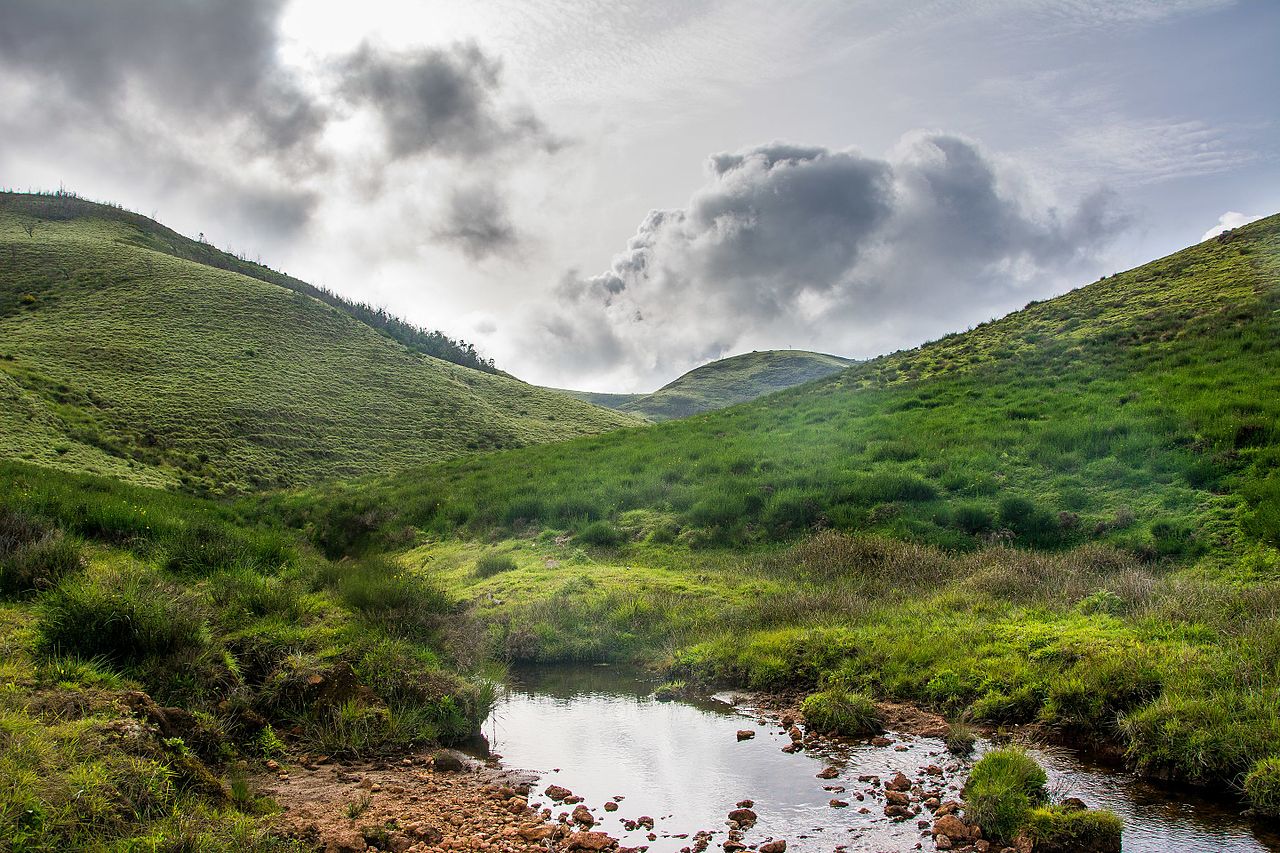 Everyone from renowned primate scientist Jane Goodall to former President Donald Trump and U.S. House Republicans have endorsed the One Trillion Trees campaign. This international effort to plant and protect 1 trillion trees, organized by the World Economic Forum, comes in response to the climate and biodiversity crises.

But forests aren’t the only ecosystems worth conserving. Grasslands — from the African savanna to the North American prairie — are the neglected stepchildren of conservation. In fact, grasslands are some of the world’s most threatened ecosystems, according to experts. Several are considered “biodiversity hotspots,” a label ecologists at Conservation International have given to 36 threatened regions that each contain thousands of unique plant species and collectively support nearly half of the world’s plant, bird, mammal, reptile and amphibian species as endemic, or species found nowhere else.

The biggest threats to grasslands are agriculture and mining, according to the International Union for the Conservation of Nature. And some scientists worry that, if done wrong, campaigns like the One Trillion Trees can have unintended consequences for grasslands.

“Almost all of the attention and the focus and the resources are flowing to tree-planting,” says Leighton Reid, an ecologist at Virginia Tech. “Native grasslands are being somewhat ignored in that push. And worse, I think the grasslands are being destroyed, or at risk of being destroyed.” To an untrained observer, grassland can look like a good target for tree planting, he says. 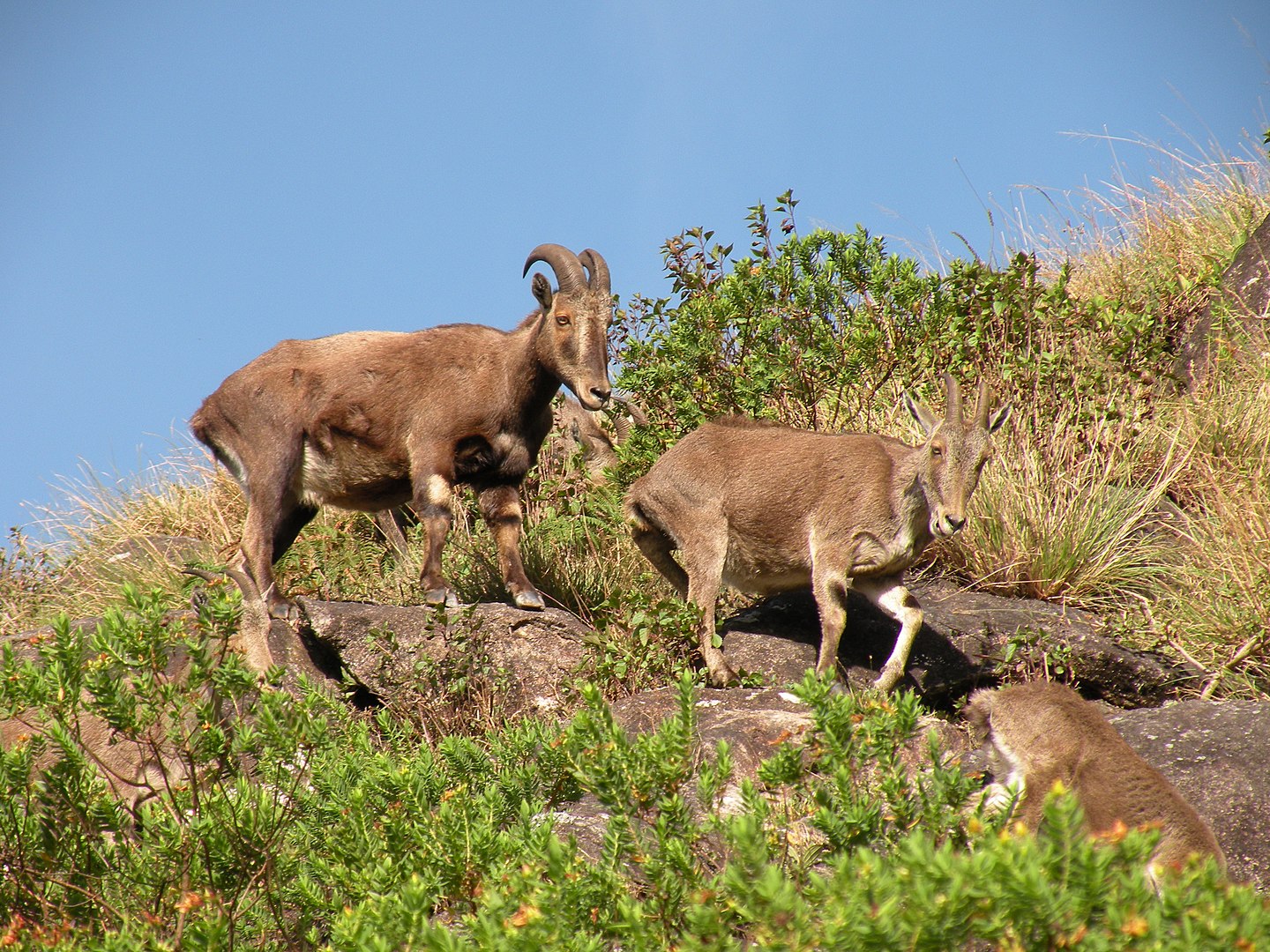 People have made this mistake before. India’s mountainous Western Ghats region, along the country’s west coast, is one of the 36 biodiversity hotspots. “This is a classic example of an ecosystem that got completely misread by the colonial powers,” says ecologist Jayashree Ratnam, at the National Centre for Biological Sciences in India.

In the 1800s, British foresters came to the region and thought local people had burned mountaintop forests to create pasture for cattle. In fact, alternating forests and grasslands naturally form a mosaic on the landscape, with hardy grass growing at high elevations where frost and freezing temperatures would kill most native tree seedlings. Ancient pollen buried in the soil shows this landscape is at least 14,000 years old, Ratnam says.

The Western Ghats overall are home to more than 30% of the country’s plant, fish, bird and mammal species. And the high grassland areas have their own unique plants and animals, including an endangered mountain goat called the Nilgiri tahr found nowhere else. But tree plantations have replaced more than half of the mountaintop mosaic ecosystem’s area, says Ratnam. In a mistaken attempt to “reforest” the landscape, British officials introduced acacia and eucalyptus trees from Australia, replacing native plants and shrinking resident animals’ habitats.

This colonial mistake may soon be rectified, at least in part. More than 62,000 acres of the Western Ghats could be suitable for grassland restoration, according to researchers from the Indian Institute of Science Education and Research, and the Ashoka Trust for Research in Ecology and the Environment. They published their findings this past December in the Journal of Environmental Management.

Restoring grasslands can take significant resources — people have to trek to remote locations, uproot invasive trees and sometimes actively replant native grasses. So the Indian researchers used high-resolution satellite images to identify places where invasive trees hadn’t completely overtaken the grass, and where young or sparse trees would be easier to remove.

The duality of fire 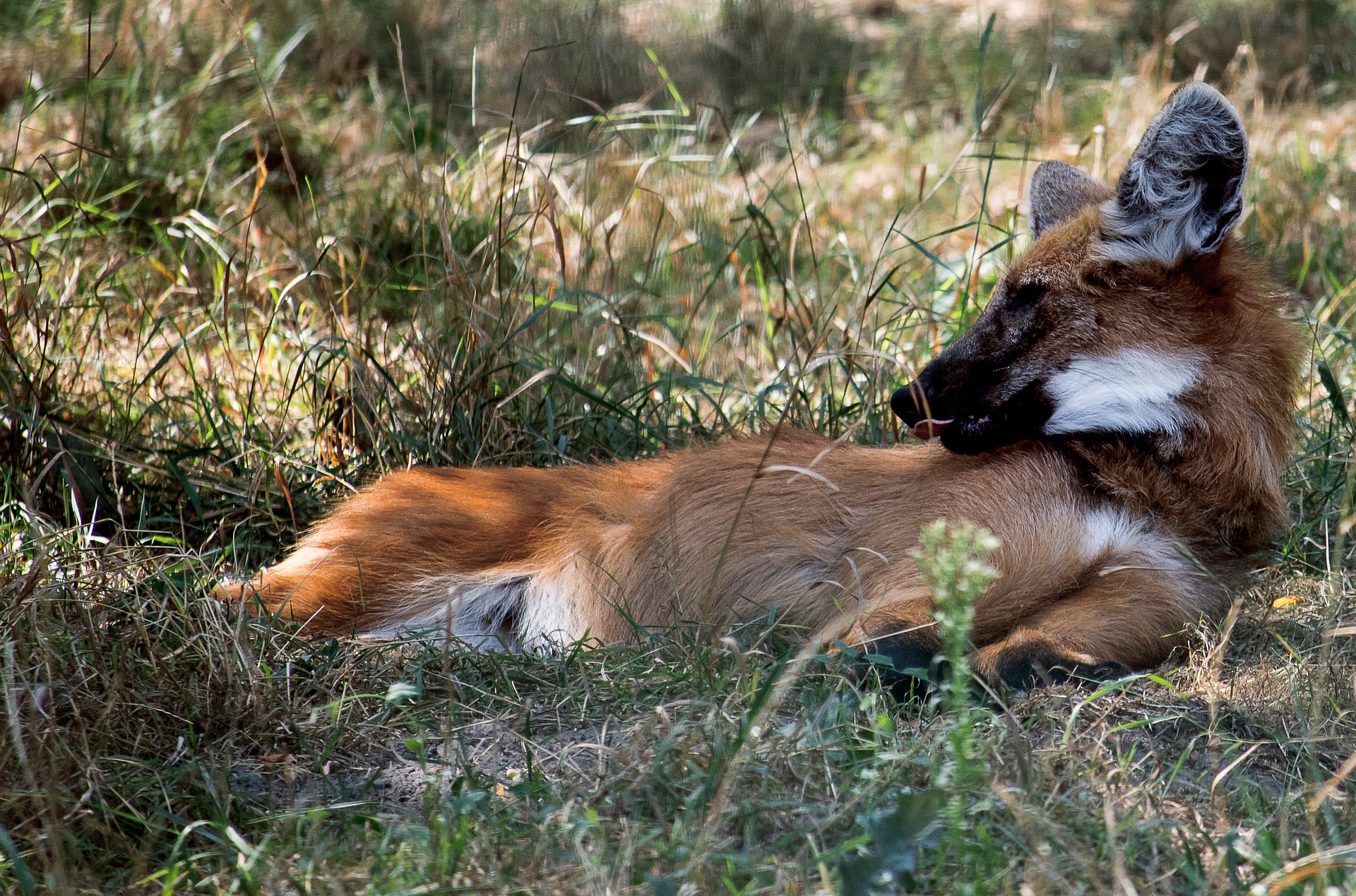 South America’s Cerrado grasslands, home to maned wolves and many other species, are adapted to fire [Credit: minka2507 | Pixabay license]

For the Brazilian Cerrado — a vast grassland that’s home to giant armadillos, maned wolves and more than 800 bee species — expanding agriculture is the biggest threat. But a single-minded focus on forest conservation may be endangering the grassland in subtle ways.

The Cerrado adapted to withstand periodic wildfires, and some plants even depend on fire to reproduce. Many grasslands have adapted to fire, says Giselda Durigan, an ecologist at Brazil’s Instituto Florestal. But in response to deforestation in the Amazon rainforest, she says, Brazil’s conservation policy has been to suppress fire nationwide. In addition to fighting wildfires in the rainforest, the government has sometimes issued blanket bans on fire that extend to prescribed burns meant to help conserve grasslands.

Wildfires only occur naturally in tropical rainforests every 100 or 200 years, according to Durigan. Rainforest trees are not adapted to fire, and manmade fires to clear land for farming cause clear devastation in the Amazon. Grasslands, however, might burn naturally every year during the dry season. In the absence of fire, trees expand from small, isolated patches to other areas in the Cerrado region. They quite literally overshadow shorter grasses and shrubs, outcompeting them for sunlight.

“Sometimes fire is good and sometimes fire is really bad,” explains Durigan. “If it’s difficult for scientists, can you imagine how difficult it is for decision-makers and for the society as a whole to understand?”

As in India’s Western Ghats, restoring the Cerrado will take effort, but Brazilians are trying. Durigan and other scientists are experimenting with prescribed burns, with some recent support from the government. In the past few years, a group called Restaura Cerrado has also built a network of 40 local families in the Cerrado region who can grow and supply native grass seeds to restoration projects.

Hope for both grasslands and forests

Regions where people do understand grasslands better include the iconic African savannas, grassland ecosystems that cross the continent in two distinct bands just north and south of the equator.

“I think Africa deserves a lot of credit for what they’ve done with small budgets,” says William Bond, a biologist at the University of Cape Town.

In South Africa, for example, the government values grasslands and actively conserves them, Bond says, by allowing savannas to burn periodically and protecting elephants and other large herbivores on vast nature reserves like Kruger National Park. Fires and herbivores both limit how much trees grow on the savanna, allowing grasses to thrive in their stead.

For their part, the people leading the Trillion Trees push are aware of concerns about grasslands. The initiative itself doesn’t plant trees, but rather connects local organizations with funders and supporters around the world, explains Justin Adams, director of the World Economic Forum’s Tropical Forest Alliance. And the Trillion Trees initiative is about more than just planting trees, he says. It aims to inspire conversations about reforesting the right places.

At the same time, efforts to protect and restore grasslands internationally are catching on. Recently, Kew and Botanic Gardens Conservation International published a list of 10 rules to guide responsible reforestation. Trees shouldn’t be planted over wetlands and grasslands, they say, pointing out that these ecosystems also store carbon.

In fact, grasslands are a particularly secure, resilient form of carbon storage, says Reid, the Virginia Tech ecologist. The droughts and fires that climate change exacerbates are conditions grasslands evolved to withstand, he explains. Grasslands store most of their carbon underground in extensive root systems and soil, safe from wildfires, and quickly grow back after such disturbances. The Cerrado alone is estimated to store about 13.7 billion metric tons of carbon, roughly equivalent to a year’s emissions from more than 12,000 coal-fired power plants.

And on June 5, the United Nations will kick off its 2021-2030 Decade on Ecosystem Restoration, which encompasses both grasslands and forests as well as other ecosystems. Ahead of this global campaign, Durigan and Bond published a paper together with several co-authors, outlining what research needs to be done to restore grasslands effectively.

Given the climate’s perilous state, trees are a powerful symbol to connect people with nature and offer hope for tackling the planet’s massive problems, Adams says. Now grasses, less charismatic but no less natural or important, are starting to get their due as well. Campaigns like both the One Trillion Trees initiative and the Decade on Ecosystem Restoration, he adds, are a “restoration of hope in addition to a restoration of landscapes.”