Seafaring scientist is catching up on whale culture 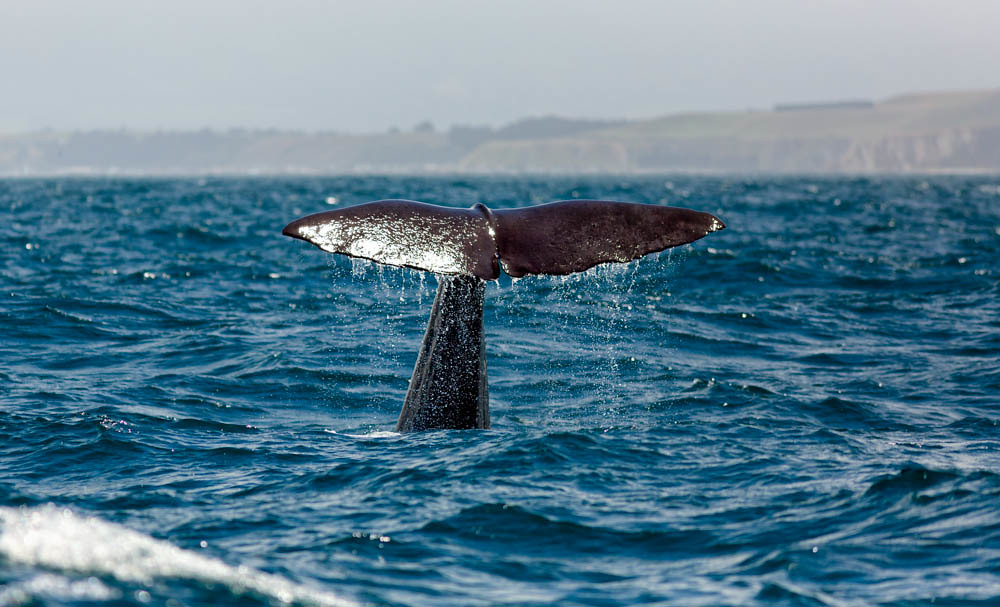 Whitehead has taught the world “so much about what it means to be a sperm whale,” says biologist Peter Corkeron. [Credit: Stewart Baird, Creative Commons; CC BY-NC-ND 2.0]

All winter, Hal Whitehead couldn’t wait to get back on the water. When the COVID-19 pandemic arrived, the marine biologist and sea captain was working in the Caribbean and had to take an emergency flight home to Canada. For months on end, he whiled away his time at home while his ship was stranded in a foreign sea.

“I got into this as a sailor, someone who loved the ocean,” he said when we talked in April. The whales were a pleasant bonus. He met with students over Zoom and talked to reporters about his work, but his heart was out on the waves, where he made his reputation as a global authority on whale culture.

And yes, whales do have culture. “It includes things like the songs they sing, the movements they make, the way they find food, the way they defend themselves from predators, the way they play,” says Whitehead, a biologist at Dalhousie University in Nova Scotia.

Like some other mammals, whales pass on what they’ve learned to others. Over time, separate groups of whales, or clans, can even develop unique patterns of behavior. “It’s a way individuals get to be like each other,” Whitehead says.

Whitehead’s focus is the sperm whale, the prize of the 19th-century whale oil industry. Mariners since the time of Moby-Dick have been fascinated with the inner life of whales, and Whitehead has taken these observations a step further by documenting the songs, social interactions and hunting strategies of different sperm whale clans.

He aims to uncover how these behaviors spread between whales, how culture varies from clan to clan, and what it means for a whale to be a member of a culture. It’s a crucial task. Whales have to continue to learn from each other and pass on their accumulated knowledge if they’re going to thrive, not just survive on a planet dominated by humans. “We need to think not only about genes,” says Whitehead, but also about “the relationships between animals and protecting them.”

Before Whitehead started studying whale culture, many of his biologist peers weren’t convinced it existed. “It certainly wasn’t scientifically respectable to talk about animal culture 30 or 40 years ago,” says Peter Corkeron, a whale biologist at the New England Aquarium. “Hal’s one of the people who’s allowed that mindset of ours to change.” 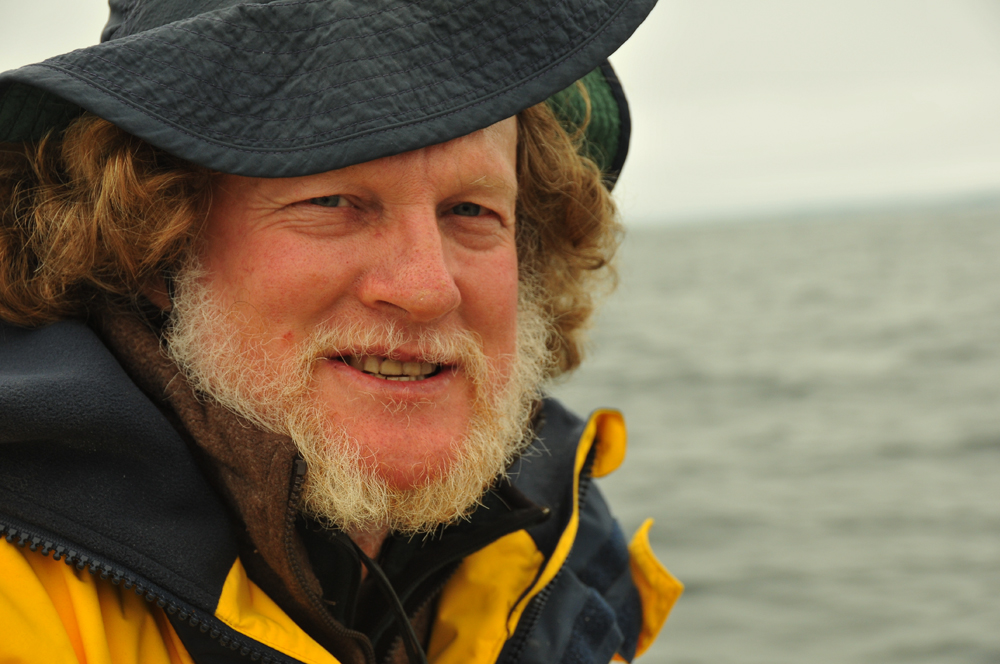 Hal Whitehead, a lifelong sailor, was landlocked during the pandemic. [Courtesy of Hal Whitehead]

Whitehead grew up in England but spent summers sailing in Maine with his extended family. After graduating from college with a degree in mathematics, he felt the call of the sea and moved to New England, where he bought a small boat and started sailing up the coast to Canada. In exchange for expensive nautical charts, he began keeping track of whales for an older scientist.

The experience sparked a lifelong interest. Sperm whales, which feed on squid in the black depths thousands of feet below the surface, were the perfect subject for someone who wanted to probe the deepest mysteries of the sea. “They spend a lot of time way down there where we can’t go,” he says.

These days, he follows the whales on long voyages aboard his ship Balaena, named after a Scottish whaling song. In an earlier era, Whitehead — bearded and affable — might have been at the helm of such a ship, chasing a fortune in whale oil. But in the modern world, his job is to stand back and observe, to understand an animal that previous generations hunted to the brink.

Whales descended from furry, four-legged land mammals, and they retain a certain mammalian sensibility even after more than 50 million years in the sea. When the Norwegian explorer Thor Heyerdahl encountered a whale on one of his rafting voyages, he felt an immediate kinship with the creature. “Instead of the cold, toadlike whale shark … here we had a visit from something which recalled a well-fed jovial hippopotamus in a zoological gardens and which actually breathed.”

Whitehead has discovered that whales, like humans, also have rich and varied cultures — behaviors and stores of knowledge that are passed between members of a species. These are sometimes important for survival, but not always. Whitehead recalls a short-lived vogue among a group of killer whales that had the pod pushing around dead salmon, apparently for fun. “A few months later, it wasn’t cool anymore,” he says.

Early research into animal culture was largely limited to observing the animal in its natural habitat. “It was all a bit anecdotal,” says Andrew Whiten, a neuroscientist at the University of St. Andrews who studies social learning in chimpanzees. In the late 1990s, Whiten convinced other chimpanzee researchers to nail down a list of specific behaviors, like tool usage and courting rituals, that they could use to formally distinguish different chimpanzee cultures.

“Jane Goodall was quite crucial, obviously,” says Whiten. “When she was on board, everyone else piled in.” The group published a landmark paper describing chimpanzee culture in 1999, and as the field has grown, things have been getting more hands-on. In one experiment, Whiten taught two female chimpanzees to get food from a dispenser in one of two different ways, either by poking or lifting the device. The apes — respected members of their communities — taught their friends how to work the machine, resulting in separate poking and lifting cultures, at least until one enterprising ape figured out how to do both.

Whitehead, who had been wondering about culture in whales for decades, was quick to add his voice to that early fray, along with his protégé and longtime collaborator Luke Rendell. If there was going to be a debate about culture in nonhumans, they decided, “then we want to be part of it,” recalls Rendell, now a biologist at the University of St. Andrews in Scotland. The two co-authored a book on whale culture in 2014, after Whitehead sketched out the proposal on a whim while waiting to go through customs in the Sea of Cortez. “He’s a sort of restless person,” says Rendell.

Whiten, the chimpanzee researcher, has since collaborated with Whitehead and considers him and Rendell to be pioneers. “Not that it’s easy to do these kinds of experiments with chimpanzees, but it’s damn more difficult to do them with whales.”

The boundless ocean is the furthest thing from a controlled laboratory space, so whale researchers like Whitehead have to watch from the sidelines, sometimes for years. In the Galápagos Islands, Whitehead and Rendell discovered through painstaking observation that clans of sperm whales had different strategies for finding food. One group, for example, followed a winding path along the shoreline in shallow water, while another preferred to travel in straight rows further out to sea.

By tracking the amount of whale feces floating behind each clan, the two scientists were even able to figure out which group was eating better. Surprisingly, one clan found more food during an El Niño year, when the water is abnormally warm, while the other fared better after the climate cooled down two years later. The study illustrates how inherited knowledge and behaviors — cultural traditions — can be a matter of survival.

Whitehead’s research delves back into history, too. In a recent paper, Whitehead and Rendell, along with biologist and historian Tim Smith, showed that sperm whales in the 19th century learned to avoid whaling ships and passed that knowledge on to other whales. The first lesson, says Whitehead, was to stop fighting back. In the wild, an aggressive response is a great way to fend off enemies like the killer whale. “But that’s entirely the wrong thing to do with Captain Ahab,” he says. 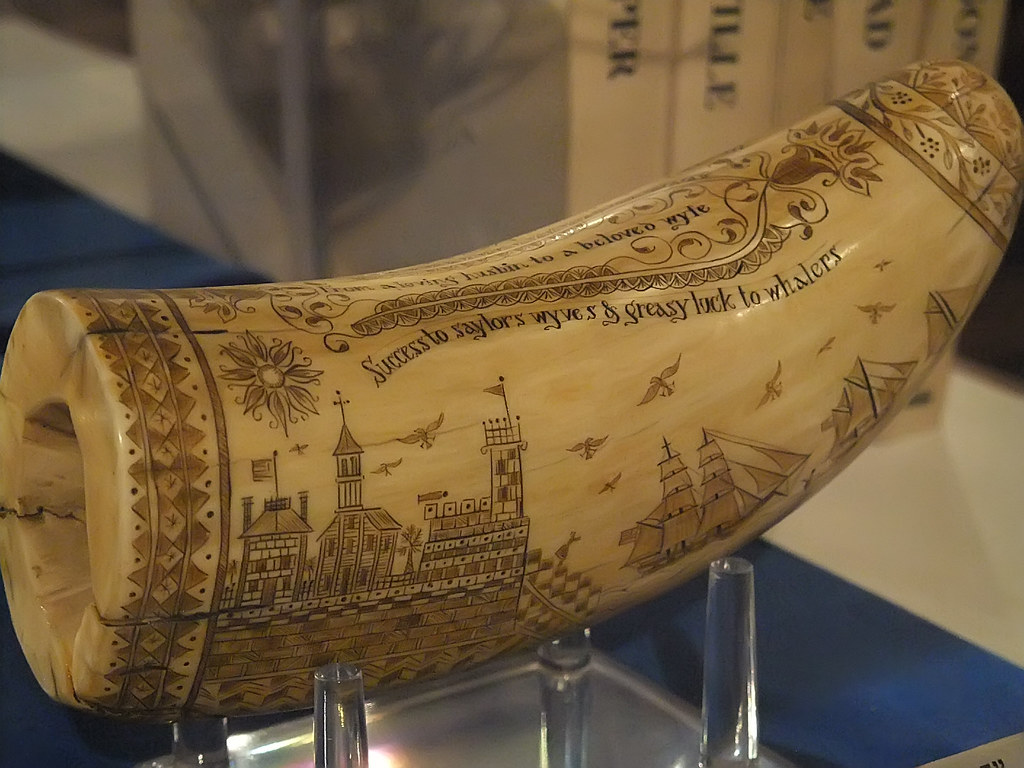 Today, whales contend with an increasingly deadly array of threats from humans. Industrial whaling ships from countries like Japan and Norway operate at an efficiency that 19th-century whalers couldn’t have imagined. Whales sometimes become entangled in fishing gear and collide with freighters that can weigh tens of thousands of tons. And, Whitehead says, whales often share the location of food supplies like plankton and fish, which are shifting due to global warming. In light of these threats, their ability to learn and transmit knowledge may become especially important.

The United Nations recently recognized the importance of animal culture for conservation efforts — with good reason, since considering culture opens up a whole new set of difficult questions for conservationists. For instance, environmental law currently focuses on protecting species as a whole, but Whitehead’s work raises a trickier question: do different cultural groups or clans within a species deserve special protection, too? And if a species’ culture has been decimated, can humans re-teach animals what they need to know to thrive in an altered planet?

For some species, the situation is already so dire that these questions may have to wait. “If we get to the point where all we have to worry about is culture, I’ll be prepared to just kick back,” says the New England Aquarium’s Corkeron, who studies the critically endangered North Atlantic right whale. There are fewer than 400 on the east coast of the United States.

But when right whales are brought back from the brink, culture might become a major concern as they return to their ancestral territories. The Southern right whale, a sister species of the North Atlantic right whale, has begun to recover from the age of whaling, but it seems to have forgotten some of its old haunts along the coast of New Zealand, says Corkeron. It’s possible that whalers killed off the whales who held the memory of that ancient breeding ground. The whales will have to find their own way back, says Corkeron. The best thing humans can do is get out of the way.

Scientists are only just beginning to understand how whale culture works, and the more they find, the more complicated it gets. Whitehead is now working to answer some new questions, like whether whales have a way of signaling their clan status to other whales. “Is this a part of their identity?” he asks.

But there’s another prospect that’s perhaps more exciting for a lifelong sailor. In May, Luke Rendell and Whitehead’s son brought Balaena back to her harbor at home, and Whitehead has headed back to sea.