Why Men Are Like Dogs (but not in a bad way)

Men raise or lower the pitch of their voice based on how they view the dominance of another man. 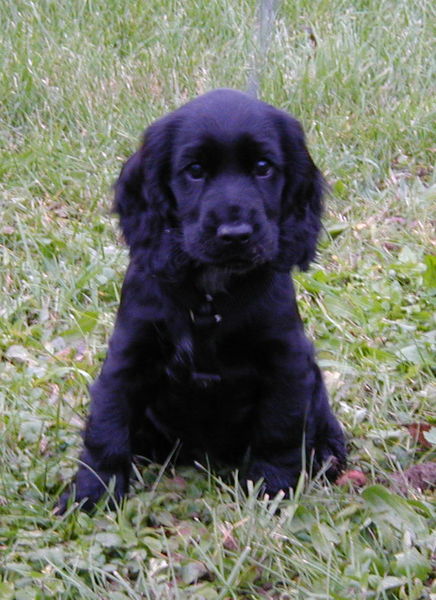 This pup means business. Or at least he thinks so. CREDIT: KESSA LIGERRO

My little Cocker Spaniel always thought he was a bigger dog than he was. Whenever another dog sniffed his way down the street, Finnegan (that’s my dog’s name—don’t laugh) would dash madly to the sliding glass door that faced the street. He’d growl and bark, a low bark—much lower than the one he used out of frustration when his tennis ball got stuck under couch. Rather, he was showing his dominance. Not that the other dog could hear him through the thick glass and across the patchy lawn, but I guess it made Finns feel like a real big dog.

A new study, reported at LiveScience.com, says that men are like dogs (just as many women have always suspected). Men, says the article published in the July issue of Evolution and Human Behavior, lower or raise the pitch of their voice based on how they interpret the physical dominance of the man with whom they are speaking.

Acting like Finns and going for the fight that you can’t win could get you into trouble. But some girls like a bad boy.

I like these shorter blog entries. It’s a little taste of the science and a link if you’re interested in more depth. Kind of like holding our hands and showing us a little piece of the wide world of science. Also, I’m lazy and like a short read now and then.