A New York scientist uses his knowledge of bugs to solve crimes. 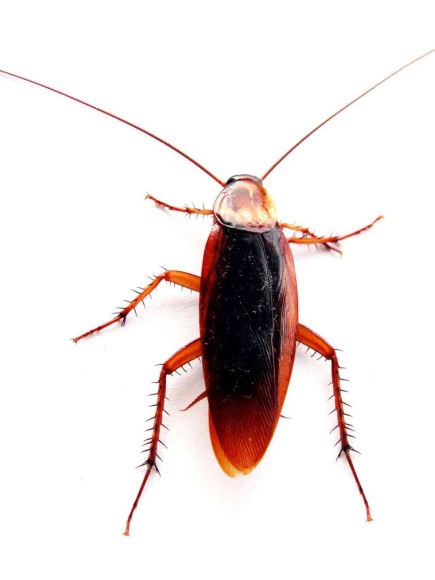 A dead body lay on the blood-soaked floor of a Manhattan apartment. There was blood everywhere—on the ground near the victim and splattered on the wall. And there were cockroaches. Lots of cockroaches.

The police detectives were puzzled. The spray of blood looked like it could have come from gunshots, but as far as they could tell there were no guns involved in the murder. So investigators called the Medical Examiner’s office for a complete reconstruction of the crime scene. Samples of everything were taken, even the roaches. To help them on the case, the Medical Examiner’s office called in New York’s own forensic bug specialist, a spider scientist named Louis Sorkin.

Sorkin—like his Hollywood counterpart, Gil Grissom on the hit TV series CSI: Crime Scene Investigation—is a forensic entomologist. That’s the trade name for people who scientifically study insects for criminal or legal investigations. Unlike Hollywood’s portrayal, collecting insects from dead bodies—a particularly unusual hobby—is something most professional entomologists only do in their spare time, according to the American Board of Forensic Entomology. But, strange as it is, forensic entomology often plays an important role in solving crimes.

As a senior scientific assistant for the American Museum of Natural History, Sorkin only encounters homicides a few times per year. When he was asked to consult about the strange splatter in the Manhattan apartment, he assembled cockroaches and investigated their feeding patterns. He tried feeding the cockroaches cow blood to see if the bugs would feed on it.

“They liked it,” Sorkin says. Much to his surprise, when the insects defecated on pieces of cardboard placed upright in their cages, it “looked just like blood splatter,” he says. The Medical Examiner’s office repeated the experiment with donated human blood, just to be sure the cockroaches would drink that, too—and they did. Apparently the spray on the wall in the victim’s apartment wasn’t from the victim at all—at least not directly. The horde of cockroaches had apparently fed on victim’s blood and then defecated on the walls, leaving a pattern that looked a lot like a spray of blood. Investigators could put the mystery of the “gunshot splatter” to rest.

Sorkin’s day job, as one of the curators for the spider and myriapod (a group that includes many-legged insects like centipedes) collection, brings him in contact with spiders from around the world. His office is off of a corridor lined with cages of live tarantulas. Neatly stacked on top of the tarantula tanks are smaller cages of scorpions and cockroaches—served as the occasional dinner platter to the hairy spiders.

His office itself is a veritable warehouse of small cardboard boxes packed with glass specimen vials filled with hundreds of preserved spiders. A framed relief of a spider-web rests against a far windowsill collecting dust, and a few boxes of insect-shaped candy sit atop a filing cabinet. Every inch of desk space is completely covered with either specimen vials or live pets, with a few computers and microscopes squeezed in between.

Sorkin says the most common use of insects is to determine the time of death. In general, however, bugs have been useful to investigators for centuries, starting with Sung Tz’u, a Chinese forensic investigator who wrote about his cases in 1235 A.D. An exhibit on forensic entomology at the New York Hall of Science in Queens, which ran between June 24th and September 10th, described the work of Sung Tz’u and demonstrated several cases where insects provided the clues he needed to solve homicides. Certain species of insect, for example, only colonize a dead body in the sunlight, so a body found in the shade may have been moved after death.

According to the exhibit, an insect’s progression from egg to larva to adult follows a fairly predictable time course. And there is an ecological progression that occurs as well. The first species of insect to arrive at a dead body are usually flies, followed by the predator insects that eat the fly eggs and maggots. Then come the omnivorous species like wasps, ants and beetles. The particular species present on a corpse and the insects’ stage of development (as well as factors like temperature, sunlight, and presence of drugs) can be used to help determine time of death.

Samples of insects collected from a dead body can be grown in a lab to confirm the time it takes to complete their life cycle. Sorkin often gets samples sent to him from cases in New York and New Jersey, but he’s also collected samples from crime scenes himself. “It’s a little smelly,” he says. “You have to remember to bring spoons and things you can collect in.” He’s had to collect insects from cases where “not everything is there”—just the random parts of a body.

But there’s more to forensic entomology than homicides. Sorkin is also called to testify as an expert witness on cases involving artwork or damaged property. He was consulted on cases during the early years of New York City’s ongoing bed bug scourge—a resurgence which has hit many cities across the United States in recent years. In order to testify about the insect, he had to learn its life cycle and habits. His work on this case is over, but he kept the bed bugs in his menagerie, and they now live in his office in a small plastic container with wire meshing at the top. “In order to feed them you invert it on your arm,” says Sorkin. “They just poke their little beaks through the holes” and start taking blood. His arm has several silver-dollar sized welts from previous feeds, much scarier looking than the miniscule bites New Yorkers occasionally wake up with.

Forensic entomology is a relatively new field, which explains why there are still only about 62 scientists worldwide who are capable of these kinds of analyses. To the kids who were inspired by the New York Hall of Science exhibit, be warned: becoming as weirdly cool as Gil Grissom on television—or Sorkin in real life—is no piece of cake. Being recognized as a certified American Board of Forensic Entomology expert takes many years of insect study—a Ph.D. in entomology—before you can get to the fun stuff.

I feel like a bug woman sometimes. There are so many spiders living in our apartment. It’s good to know that if I die an untimely and mysterious death, they will be able to provide clues to solve the mystery! Thank YOU my insect friends.

Lou sorkin is quite a good friend of mine, for many years. In fact I have volunteered with him in Entomology on a regular basis for over ten years.I continue to marvel at his expertise with spiders and other invertebrates, that the public brings in for identiication.

Lovely article!!! Makes me want to be a foresnic entomologist. I wonder if Holmes solved any of his cases using bugs.

It is a good article, is rewarding that this field of investigation spreads between people