Aquaculture in the urban environment. 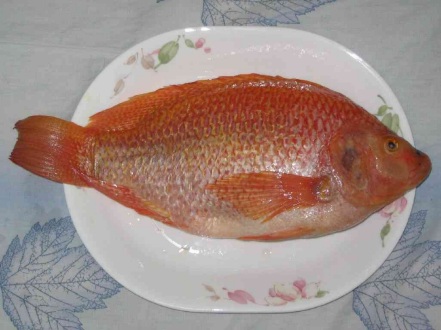 Deep in the belly of Brooklyn (the last stop on the 2 train, to be exact) you’ll find New York City’s very own fish-farm. A warehouse-sized room in Brooklyn College houses several large fish tanks, roughly the size of suburban swimming pools, for studying aquaculture—the fancy word for fish-farming. As Martin Schreibman, the founding director of the Aquatic Research and Environmental Assessment Center, steps up to one of the larger tilapia tanks, the water churns with the thrashing of hungry fish. Schreibman buys tilapia as babies and raises them on fish food until they are big enough to sell. It’s the only indoor aquaculture operation in New York City, and Schreibman hopes it will become a model for investors. He’d like to see New York City become “the tilapia capital of the world.”

According to Schreibman’s vision, aquaculture could cure some of the ills of the city, from feeding the homeless to providing new jobs. He likes to think of urban aquaculture as a “blue revolution.” “It’s not my term,” he says, “but it’s a great term.”

Aquaculture has become a huge international industry, and it is growing more rapidly than any other food producing sector, according to the Food and Agriculture Organization of the United Nations. Farmed fish make up as much as 30 percent of all seafood consumed worldwide, according to a 2004 study co-authored by Schreibman.

New York could see considerable revenue from initiating its own “blue revolution.” But New York City hasn’t caught the fish fever yet. Schreibman has been asked to give lectures and advice about aquaculture all over the world, but “not one person [calls] from New York City,” he says.

Part of the reason is that New York City isn’t an easy place to raise fish the traditional way. The most common and inexpensive aquaculture system is a cage or pen set up in open water. Aside from worries about the water quality in New York harbors, this method is also problematic because of its impact on the environment. In an open water system, waves or river currents flush fish waste and uneaten food from the pens. When these nutrients are released into the environment, they act like super-fertilizer, disrupting natural cycles and creating algal blooms which deplete oxygen in the water and lead to the destruction of entire populations of local fish.

Schreibman uses a different, more environmentally friendly system. The recirculation aquaculture system, or RAS, is more self-contained than traditional aquaculture. “You could do this in your basement” says Schreibman. The fish remain in the tanks from the time they are delivered as babies to the time they reach market size. Their wastewater is recirculated through a series of filters, which screen out solid waste and use bacteria to remove excess nutrients.

Given the right preparation, Schriebman says that RASs could be even be used to breed the baby fish. “We crank up the light, we crank up the heat, play some Frank Sinatra, and these fish will mate like crazy.”

But even though RASs are smaller than traditional cages or pens, making them a better fit in the city, the systems are costly to operate. The electricity bills alone are enough to break the bank. David Harvey, an economist with the USDA who prepares a yearly Aquaculture Outlook, says it would be difficult to make these systems work in a city because of the high cost of urban rent and electricity. According to Harvey, fish would have to be sold at premium prices in order for RASs like Schreibman’s to be economically feasible. That would mean selling to high-end restaurants rather than feeding the homeless.

Of course, New York City is the right place to be if you want to sell fresh fish to fancy restaurants. And fish from New York could be shipped up to 10 hours outside of the city, thereby including Connecticut, Boston, and Philadelphia as potential markets, writes Schreibman in a report on urban Aquaculture. While that alone may be enough to make it worthwhile, a large-scale, low-impact aquaculture system could be successful in the city for another reason: the lucrative organic food market.

Currently there are no organic standards for fish. But Joe Smillie, Senior Vice President of the organic certification organization Quality Assurance International, says that could soon change. He is part of the aquaculture working group that is preparing organic fish farming recommendations for USDA review. If everything goes swimmingly, the USDA could have the guidelines approved within a year or two, says Smillie.

The major roadblock to organic status for fish is their feed. Aquaculture fish feed would also have to be certified organic, which is a challenge logistically and environmentally. Not only would the soybean or corn meal in commercial fish food have to be organically grown, but the wild fish that are caught and incorporated into the feed would also need to be certified organic. And the process could potentially harm the environment: It can take as much as three to five pounds of wild fish to feed every pound of aquaculture raised fish, which depletes wild fish stocks. USDA standards would have to address these issues before any farmed fish could be labeled organic.

“I think we can connect the lines between the promises of sustainable aquaculture … and urban aquaculture,” says Schreibman. Based on the aquaculture working group’s preliminary recommendations, RASs like Shreibman’s are a good candidate for organic approval because of their low-environmental impact. But fish farmers will still have to devise a way to feed their fish with nutritional food that’s also environmentally friendly. If RASs are able to meet future organic guidelines, fish farming in New York City could become more attractive to investors, bringing Schreibman’s dream of a blue revolution that much closer to reality.

Is it just a coincidence that Seed published a similar article *today* on Schreibman’s tilapia farm from their September issue?

Weird… it IS a coincidence, and a strange one at that! Our story has been in the works since June. And Scienceline’s only connection to Seed had nothing to do with this piece — she didn’t even know what it was about until we published it Thursday.

The fish produced should be sold for poor people. That way this would be a good humanitarian project.

i am a goldfish. bubble bubble goldfish noise. quak

well bubble bubble to u too, well hi my name is tamara and im a gold fish with chicken legs so bubble bubble, my blonde hair helps me fly like really really fast like, and im able to catch tuna with my gaint chicken legs. and like i wonna gro up and be a smarty fish not a gold fish. like the ones in those adds that get eaten by bears