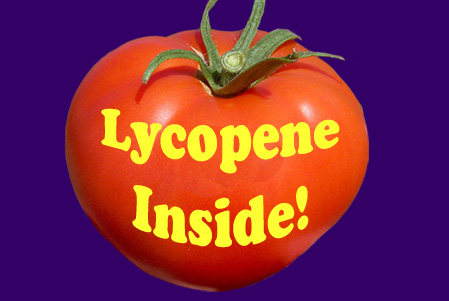 Are those extra antioxidants good for you? [Credit: Photo by Daniel Sanbec. Compiled by Karina Hamalainen]

“Now with Lycopene!” “Full of cancer-fighting antioxidants!” “Pomegranate juice?!” These are all thoughts that might have crossed your mind the last time you went grocery shopping. It seems like every food product, especially those considered bad for you, is being advertised as packed with antioxidants. But are antioxidants a miracle cure that ensures a diet of gin, chocolate and coffee will keep you free of cancer? Unfortunately, these dietary antioxidants aren’t all they’re cracked up to be.

All plant and animal cells naturally produce antioxidants to mitigate the danger of free radical oxygen molecules. These molecules are highly chemically reactive and cut through DNA like a chainsaw through marshmallow. Once that DNA is damaged, a cell can die or start down the road toward cancer.

To prevent DNA damage, cells produce antioxidants, chemicals that bond to oxygen before it has a chance to cause any trouble. Thus, the reasoning went, if our natural antioxidants could be bolstered by antioxidants from food, even more oxygen could be captured and our risk for cancer should be reduced even further.

In the late 1970s, researchers began to look for ways to supplement the antioxidants naturally produced by the body through a diet heavy in plant antioxidants. Immediately, newspapers began to report that these foods could prevent cancer.

The discrepancy results from the differing methodology of the tests. The test tube studies just involve submitting a chemical or food product to the “oxygen radical absorbance capacity,” the Food and Drug Administration standard for testing the antioxidant property of a chemical. The test involves measuring fluorescent dye decay after the target food or chemical has been exposed to oxygen.

By contrast, the live experiments have been case studies. These tests involve feeding subjects the antioxidants, monitoring them over a long period of time and comparing the results to a group that had been given a placebo.

The optimism over the potential for dietary antioxidants to prevent cancer or aging results from the test tube studies failing to consider how antioxidants are metabolized or how they act within a cell. Conversely, the live studies test all of the variables.

The test tube studies are overrepresented in antioxidant news coverage. That is because they make up the bulk of antioxidant research (as it is far cheaper and easier to conduct an experiment on a chemical than on a human) and are often well suited to mass media coverage. By presenting claims that desirable but formerly maligned foods like chocolate, wine, coffee and even martinis might be healthy, these studies tend to garner a lot of attention.

As a result of the failure of any live study to show any health benefits from antioxidant supplements, neither the National Cancer Institute nor the American Heart Association endorse antioxidant dietary supplements as an inhibitor of heart disease or cancer.

So, despite what the label might tell you, there’s still no evidence that fancy juices, fattening sweets or any kind of booze will prevent cancer. However, eating chocolate and drinking bourbon will, in my experience, cure sadness.

Could you please tell what the back ground or credentials of Stuart Fox are? I’m interested in his article about antioxidants but I don’t know if he’s a scientist or what. Also, there were no foot notes. Where does his information come from?

The notion that “your body already make all the antioxidants it needs” is absurd and scientifically false. If it were true, there would be no requirement for vitamin C, which is not manufactured in the body, and which, when not provided in the human diet, results in death.

A search on the term “antioxidant” today in the National Library of Medicine’s public database yields over 256,000 results. (For comparison, a search for “cholesterol” finds 167,651.) It is impossible for a clear-thinking person to dismiss this volume of research as unimportant, or some “media-created” phenomenon.

Mr. Fox’s assertion of “the failure of any live study to show any health benefits from antioxidant supplements” is a dangerous lie. I have to wonder if this blatant misrepresentation of scientific fact can be dismissed as mere delusion. It is irresponsible of Mr. Fox to mislead his readers on a subject so critical to their health and well-being. It is irresponsible of scienceonline.org to give such rubbish an aura of scientific respectability by its publication.

There isn’t room here to quote a hundred scientists, medical doctors, professors and biochemists on their opinions on the value of antioxidants. Here are only a few:

“We’re learning that antioxidants should be consumed with every meal. If you routinely skip antioxidants in your diet, over time, the excess number of free radicals being produced may begin damaging cellular components, ultimately leading to atherosclerosis, cancer, and other diseases.” – Ronald Prior, Ph.D., chemist at USDA’s Arkansas Children’s Nutrition Center

“When you study the medical literature, you understand, without a doubt, that patients who take a complete balance of optimal levels of high-quality nutritional supplements have a health benefit over those who don’t.” – Ray D. Strand, M.D

“There is overwhelming scientific evidence demonstrating that those of us who eat a diet rich in antioxidants and take antioxidant supplements will live longer, healthier lives.” –Lester Packer, Ph.D.

If your antioxidants don’t work, Mr. Fox, you’re taking the wrong ones.

The confusion and data inconsistencies of the results of the antioxidant studies is due to the fact that they are based on the disproven free radical theory of Harman. The free radical theory repeatedly fails the scientific method due to its lack of predictability. Prooxidants are essential for pathogen and neoplasia protection and are of low toxicity, since they are present in all aerobic cells in steady state levels. Please see details at http://www.thepundit.com or http://www.medi.philica.com. Antioxidants may serve as co-oxidants and are useful in that regard but randomized, controlled, blinded studies have shown the ineffectiveness of antioxidant supplementation and their potential to do harm by causing a prooxidant deficiency state. Randolph M. Howes M.D., Ph.D.

I appreciate hearing both sides of the arguments from the author and the commentary from the readers.

I don’t see how a multitude of studies on antioxidants proves that they work in decreasing a risk of cancer. Science is prone to bandwagons. Take 10 years ago when if you could not get money for research unless it had to do with curing cancer. Are antioxidants good for you? Yes, I’m sure they are. However, I will agree that they are being overpublicized and eating antioxidants at every meal may be overdoing it. If you sit through and read peer-reviewed studies about antioxidants you will find, much like the author stated, that most of the studies in favor of antioxidants have been conducted in vitro. You will also find that many of the studies that show antioxidants prevent or halt cancer have not been conducted on normal human cells. They are usually conducted on HeLa cells. I recommend checking out pubmed.com .

Dark chocolate is also an antioxidant and does have cancer-fighting ingredients. Can I share an article about a scientist who created the perfect chocolate at a molecular level? May be of interest. http://cbt20.wordpress.com/2010/07/22/better-science-through-chocolate/

The idea that antioxidants aren’t beneficial is too ludicrous to argue about. Who would argue that a diet consisting primarily of fresh, unprocessed fruits and vegetables isn’t healthy? These foods are full of antioxidants! Can you possible get too much?

Singular antioxidants extracted from fruits and vegetables (supplements) fail to have the same biochemical effects as when they are incorporated in the entire fruit and vegetable biochemical matrix. My new book, Death In Small Doses? Antioxidant Vitamins A, C and E in the 21st Century: A Health Impact Statement, presents 181 of the world’s best randomized, controlled scientific trials which show that the antioxidant vitamins have marginal or no effects different from placebo or dummy pills. Sixty of these studies show the harmful potential of these antioxidant vitamins. They can increase the risk of cancer, heart disease, stroke and over all mortality. Denial of the facts is unacceptable and ignorance is no excuse. Be informed and be safe. Check it out for yourself or visit http://www.iwillfindthecure.org.
Randolph M. Howes MD, PhD