“Can rainfall trigger autism?” asked a headline on the Seattle Post-Intelligencer website. MSNBC’s online title answered, “Autism linked with rainfall in study,” while The Palm Beach Post of West Palm […] 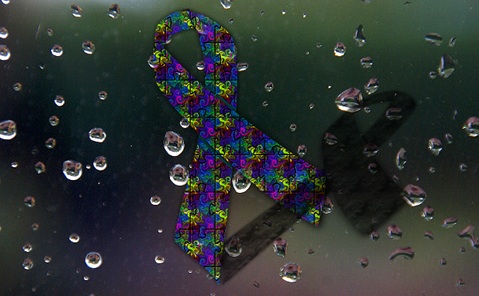 “Can rainfall trigger autism?” asked a headline on the Seattle Post-Intelligencer website. MSNBC’s online title answered, “Autism linked with rainfall in study,” while The Palm Beach Post of West Palm Beach, Florida boldly stated: “Autism: Blame it on the rain.”

In November 2008, media outlets around the world reported on new research presenting a possible association between precipitation and the prevalence of autism — a behavioral disorder characterized by impaired communication and social skills. But is this relationship real? Could autism really be caused by rain?

According to the study led by Michael Waldman, an economist at Cornell University in Ithaca, New York, children born in the rainiest counties of California, Oregon and Washington State had the greatest risk of developing autism. But rather than directly advising parents to keep their kids inside on rainy days, Waldman thinks rainfall represents an indirect environmental cause that may actually call for the opposite advice. He and his colleagues contend that taking shelter from rain leads to increased TV-watching, contact with household chemicals and low levels of vitamin D from less sunlight exposure — all of which they hypothesize may be triggers for autism. Although less likely than the indoor risks, they also believe rainfall could carry harmful, autism-causing pollutants down from the atmosphere.

Recent studies continue to identify genes linked with autism. Not all children with these genetic markers, however, develop the disorder. Even though the list of genes involved is far from complete, scientists believe that it is more than genetics that determines the incidence of disease. People may be born with an inherited predisposition for autism, but until something in the body – or the environment – exploits that vulnerability, they may never develop symptoms.

Despite the statistically significant findings, a careful reading of Waldman’s article published in the November issue of Archives of Pediatrics and Adolescent Medicine results in more questions than answers.

Could the rain-autism correlation be an artifact of another relationship? Traveling through Oregon or Washington, for example, a distinct trend emerges: the further east, the more rural and dry. It may be that urbanized counties do a better job of reporting autism cases, and that these simply happen to be the same counties with more rainfall.

Waldman’s team also looked at the prevalence of autism within each county over time, which inherently avoids this issue. As Noel Weiss, an epidemiologist at the University of Washington in Seattle who was not involved in the study, explains, however, the variability in precipitation within a county is far less than between counties – severely limiting this analysis.

Teasing out other causes, like ruralness, is difficult in an ecological study. This is one reason why Waldman’s research design is the “weakest type of epidemiological study,” according to Irva Hertz-Picciotto, an environmental epidemiologist at the University of California, Davis, also uninvolved with the study. Rather than examining exposures of individuals, ecological studies compare whole groups, which means information that could help decipher the true cause-effect relationship is lost.

Further, the grouped data in Waldman’s study came from a combination of sources — from state agencies to regional health centers — leading Hertz-Picciotto to suspect the numbers are not comparable within or between states. “Often the [agency or center] will put the children into the categories that they know they can provide services for,” Hertz-Picciotto says, “even though the categories may not be the best description of the child’s diagnosis.”

In spite of the study’s problems, both epidemiologists interviewed for this story do concur with Waldman that environmental factors are likely to play a role in autism, alongside the more established genetic risks. They agree that indoor chemicals and vitamin D levels, in particular, need further investigation. And this response is exactly what Waldman wanted. Although he acknowledges that his study is limited, Waldman says his primary intention for publishing was to stimulate scientific interest in autism’s environmental triggers. “If you go back in the autism literature 15 years,” he says, “everyone basically thought [the cause] was purely genetics.” Studies of autism’s genetic links still far outnumber those investigating environmental factors.

Rousing both the different fields of autism research and the media coverage has been autism’s mysteriously steep rise in recent decades — from an estimated one in 2,500 in the 1970’s to about one in 150 children today. For good or ill, the media follows this pursuit of a cause every step of the way. But should all purported findings be shared with the public, regardless of their scientific strength or importance? This question came up after the media’s heavy coverage of research suggesting childhood vaccines could lead to autism. The public’s resulting fears have produced new worries over lower immunization rates.

The rainfall-autism study has revived this issue of non-discriminatory reporting.

“[Waldman’s study] was a leading local story in Seattle,” says the University of Washington’s Weiss, who was asked to write an accompanying editorial in the journal where the study was published. “That couldn’t be more opposite of what the merit of this study deserved.”

While most coverage of the research did accurately identify the relationship as indirect and tentative, it was not until well into each article that this was clearly relayed. “Many people would simply see the headline and figure that science has found something out,” says Weiss. And that “something” could then influence the future decisions those people make, like keeping their kids inside on a rainy day. If this action actually offers no precautionary benefits, it would be especially unfortunate for Seattle-area kids that see only 58 clear days a year.

As a result, not only is the rainfall study unlikely to lead to any novel findings, says Weiss, but it could also hinder the public’s acceptance of future studies that do: “When the next article appears and says that precipitation is not related, [readers will] say, ‘Oh well, another false alarm. Medical science can’t be trusted.’”

Lynne Peeples is a freelance journalist focusing on health and the environment. She graduated from NYU’s Science, Health and Environmental Reporting Program, where she was the editor-in-chief of Scienceline. She has also written for Scientific American online, Audubon Magazine, The Harvard Gazette and Amstat News. Before NYU, Lynne worked at Harvard University crunching numbers for HIV clinical trials and environmental health studies, while teaching an introductory biostatistics course. She also holds an M.S. in Biostatistics from Harvard and a B.A. in Mathematics from St. Olaf College. Her resume and clips can be found at: http://www.lynnepeeples.com

Nice job on this, Lynne. As you point out, several news outlets covered this story as straight news without really analyzing the quality of the study. I’m glad Scienceline was one of the ones that got it right (in my opinion, anyway).

I have long thought that the current paranoia about skin cancer and sun exposure is bound to have profound biological effects, since we and all other mammals evolved in full sunlight. Sunlight, for most of our evolutionary history, has been a critical source for vitamin D and other critical factors. I have also noticed that the recent rise in autism rates also coincides almost perfectly with a huge change in our societal attitude about sunlight.

When we essentially remove something as basic as sunlight from our lives, through changes in our lifestyles and in fear of skin cancer, we are likely altering many other subtle chemical and metabolic processes we really don’t understand. Often the ‘same’ thing in pill (or in this case, fortified milk) form lacks many associated cofactors and effects of the natural source.

I think this research indicates more study is needed on –

(2) the levels during the same period of time of other nutrients, such as calcium, that depend on vitamin D for proper absorption. Since calcium is a critical cofactor in many enzymatic reactions, the effect of changing the level of calcium even slightly may be profound, especially when assembling a fetal brain

(3) the levels of other sunlight-related molecules, such as melatonin and melanin, at the same time in the mothers

(4) the relationship between vitamin D levels (and/or sunlight) and biological resistance to the effects of environmental and agricultural chemicals. I think this is particularly important, since there may be an indirect effect of vitamin D – that is, vitamin D may not itself be ‘causing’ or ‘preventing’ autism, but may alter the damage caused by other factors that have a more direct effect.

On a more philosophical level, I firmly believe that the ‘experts’ in our society seem to have forgotten that moderation in all things is important, including sun exposure.

It seems that this work many indicate that LACK of sun exposure may cause serious health issues also – and I would suspect we will eventually realize that autism may be just one of many.

Could it be that our mothers and grandmothers weren’t wrong, when they sent us out into the sun to play?