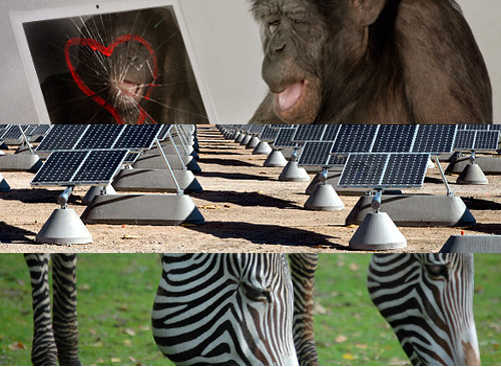 Under the lab coat

For all New Yorkers, perhaps the best bit of science news this week came in the form of an interactive map that allowed us all to indulge in our love of creeping. The map shows how much energy is used by every building in New York, and not only does it give you a good way to compare your energy use to that of your neighbors and friends, it also points out the sickening fact that midtown Manhattan consumes more energy than the entire country of Kenya. Obscene, yes. Surprising, no.

Ars Technica has a great story explaining the rise of online dating. The most poignant point? Remember that when a successful couple is formed, the dating site loses two customers…what really are their intentions anyway?

And to round out the week by coming back to a story with an odd New-York angle, National Geographic informed us that a chunk of ice the size of the city is about to break off of Antarctica. Yes, this includes the boroughs. Yes, global warming is a thing. Yes, we should be at least vaguely concerned.

Anyone following the Russian drilling efforts at Lake Vostok would have been holding their breath. Dramatically, just as scientists were about to make contact with a pristine body of water that had not seen light for millions of years, there was silence. Since then, of course, first contact has been made and the news reports  followed. I was pleased to find an old BBC documentary to dig into the background behind this unfolding story.

Is industrial-scale solar development toxic to the desert? A story in the LA Times about solar farms in the Mojave certainly believes it is. The article points out that over the past decade more public property has gone to such projects than to gas and oil exploration. Some pause for thought.

This week’s PNAS has some intriguing entries, ranging from psychedelia found in magic mushrooms  to the “components of sexual behaviour” in promiscuous fruit flies.

Who would have thunk it? The zebra’s stripes evolved for a reason. Researchers now think their coats look the way they do to keep blood sucking flies away from their tasty zebra hemoglobin. Apparently flies just aren’t into stripes.

Scientifically sound? Maybe not. Interesting? You’d bet your life-loving butt it is. Björk is now on tour with her newest album about her love for all things biology, and let me tell you, it’s an interesting look at the world of science. I highly suggest checking out the iPad app that accompanies her album. It’ll blow your mind, but maybe not in a good way.

And speaking of… let the iPad 3 speculations begin. With a reveal set for March, might I be the first to start the rumor that it will be smarter than the average 3 year old and able to read minds?