Researchers look down a different path for new antidepressants 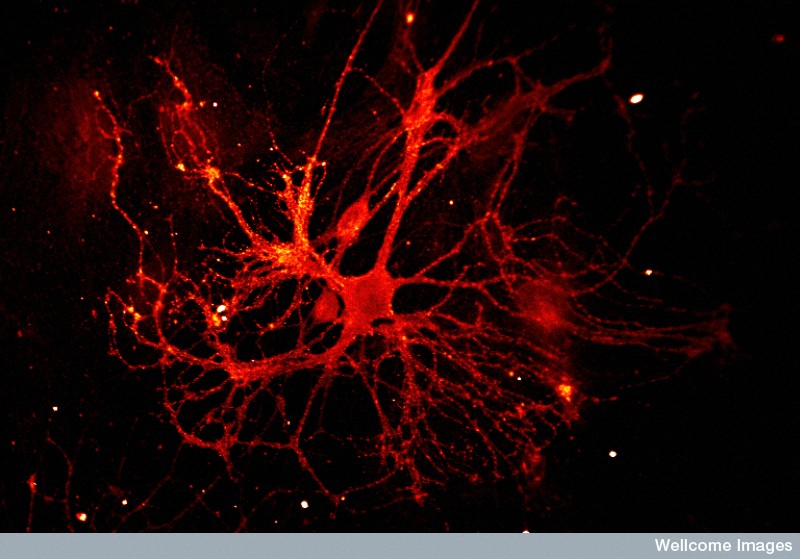 Researchers are working on antidepressants that grow and protect new neurons like these [Image credit: AJ Irving, Wellcome Collection]

Internet-based Cognitive Behavioral Therapy is a New Option for Depression

As a teenager growing up in New Mexico, Zach Weinberg had the same thing for breakfast every day of high school. Next to his tortilla and cream cheese, which he insists is delicious, was a small, round, yellow pill – an antidepressant called Lexapro. By his senior year, the only thing different was the color of his pill, now a shiny white. This one was Wellbutrin. He’d traded one antidepressant for another. If the pills work, they certainly don’t work for long. Now, at age 23, he’s frustrated at still having to play around with different drug combinations and doses.

The odds are that you know someone in the same situation. According to the National Institutes of Health, approximately one in 10 men and one in four women in the U.S. will suffer from depression at some point in their lives. Clinical depression can come at any time, lasting anywhere from months to years, and is characterized by low self-esteem and a loss of interest in things that were once enjoyable.

Along with various forms of therapy, antidepressant drugs are the most effective treatment. But even when they work, they come with side effects – such as weight gain and trouble sleeping – that can make the symptoms of depression worse. So for people like Weinberg, choosing between one kind of antidepressant and another isn’t really much of a choice.

But that may be changing. New insights into how traditional antidepressants – including the wildly popular SSRIs, or selective serotonin reuptake inhibitor, drugs like Prozac, Paxil and Lexapro – work inside the brain are stimulating the development of a new generation of medications that may work faster and more effectively.

Contrary to what their developers originally thought, many antidepressants have a surprising, indirect way of altering brain chemistry: by stimulating the growth of new neurons and protecting those neurons from dying. “The SSRI hypothesis is really falling apart,” says Paul Currie, a neuroscientist at Reed College in Portland, Ore. He explains that these new ideas have researchers trying something a little different to treat depression.

SSRIs work by manipulating serotonin, one of the most important chemical messengers in the brain. Serotonin is at least partly responsible for everything from eating disorders to the pretty colors and patterns people see while on psychedelic drugs.

When serotonin is released from one neuron and picked up by another in the course of transmitting a message between them, some is taken back up into the original neuron. By blocking this mechanism, SSRIs force more serotonin to circulate in the system, supposedly reducing feelings of depression.

Similar drugs use the same reuptake-blocking technique with other neurotransmitters, usually dopamine and norepinephrine. The success of drugs that target this system provides the basis of the monoamine hypothesis of depression – the idea that depression is a result of a chemical imbalance. That’s why decades of research have been aimed at balancing out our monoamine neurotransmitters, including serotonin.

But it takes a week or two for antidepressants to have any noticeable effect, suggesting that it’s not that immediate boost in serotonin that’s making people feel better. Recently, studies have suggested a different explanation: using antidepressants seems to correlate with having more new neurons in the hippocampus, an area of the brain responsible for many memory processes. Those suffering from depression tend to lose neurons in their hippocampi, so researchers have started to think that the effectiveness of monoamine drugs actually comes from their repairing of damaged brain areas.

Rene Hen is one of those curious researchers. A neuroscientist at Columbia University, Hen used radiation to block neurogenesis – the process of growing, repairing, and protecting new neurons – in mice. Later, when given antidepressants, these mice still showed signs of anxiety and depression, unlike the mice that were generating new neurons. This suggested that neurogenesis is actually essential for antidepressants to have any effect. Instead of waiting for the slower, indirect effect on neurogenesis patients get from SSRIs, researchers are now experimenting with drugs that take more direct routes to stimulate neuron growth.

“If you don’t have to do it through the back door, then absolutely that’s the way to go,” says Reed’s Currie. The aim now is to nail down the indirect effect that Hen identified and make it as direct as possible.

And the first drugs specifically targeting neurogenesis for all sorts of disorders, including depression, are starting to appear. In 2010, Andrew Pieper, a psychiatrist at the University of Iowa, ran a massive screening test on 1,000 small molecules. He discovered eight that had positive effects on neurogenesis in the hippocampus. He picked one, called P7C3, and ran with it. When given to mice that lacked a gene necessary for neurogenesis, P7C3 helped them create new neurons and keep them alive.

“There’s a huge unmet need for treatments that block cell death,” Pieper says. And the hope is that treatments for depression derived from P7C3 will work faster, better, and with fewer side effects than SSRIs. Although Peiper and his team have only tested P7C3 on mice, he’s optimistic about its effects in humans and is on the hunt for a commercial partner to develop it.

Neuralstem Inc., a Maryland-based pharmaceutical company, has just announced that their first round of human clinical testing on a similar drug was successful. Their drug, NSI-189, targets neurogenesis in the hippocampus by actually creating new neurons and has been successful in animal models, but these are the first tests in humans.

Despite the early success of these treatments, other scientists are concerned that a drug targeting neurogenesis might be meddling with that system prematurely. “I’m a little worried that, again, we have an oversimplified model,” Currie says. It’s like stirring up a bowl of soup, he continues, “without any thought as to what makes it taste good.”

Brian Luikart at Dartmouth College’s Geisel School of Medicine agrees. “One possibility,” he says, “is that there are global changes in the brain that enhance neurogenesis in the hippocampus.” If that’s true, then more neurogenesis could just be one of many effects of SSRIs without being the key to their success. Although the links between neurogenesis and antidepressants are well established, there is still no evidence to suggest that solely enhancing neurogenesis can help fight depression in humans. “Increasing neurogenesis does not increase happiness,” he says.

Luikart also worries that, while a neurogenesis drug may have fewer side effects, the ones it does have could be even more damaging – especially for cancer patients. A drug that keeps neurons alive could potentially do the same to tumor cells.

But Pieper says he hasn’t seen any negative effects. Neuralstem also says there haven’t been any health concerns in their trials. And even if there are side effects like those Luikart is worried about, it might be worth the risk for those with severe depression.

Neurogenesis drugs are still years from being commercially available, however. Pieper’s is still in pre-clinical testing, and Neuralstem’s, while farther along, is still years away from patients. Until then, Zach Weinberg and the rest of us are just going to have to stick with our reuptake inhibitors and cream cheese tortillas.