An appetite for controversy 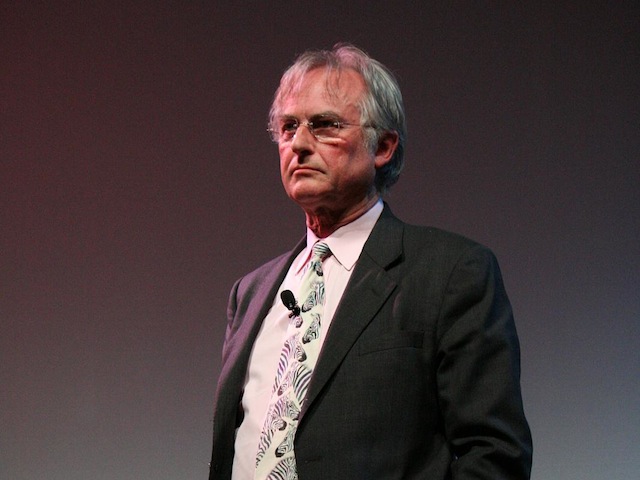 Note to Science: Philosophy is Your Friend

Is there a limit to what the human mind can do? The world’s most outspoken atheist doesn’t think so.

Controversial for his acerbic comments about religion, Richard Dawkins brought a surprisingly upbeat message about human potential to his recent appearance in New York, where he was promoting his new autobiography, “An Appetite for Wonder.”

The English evolutionary biologist said we have gone so far beyond our ancestors that he can’t see us reaching our limit any time soon. “Who could’ve predicted that we’d have a brain like Einstein’s?” Dawkins asked.

In a wide-ranging conversation with fellow best-selling author astrophysicist Brian Greene Sept. 24 at the 92nd Street Y, Dawkins touched on God, evolution, and the expansiveness of the human brain.

Although Dawkins has made headlines in recent years for his harsh criticisms of organized religion, among which include his remarks that teaching children religion is child abuse and his tweet admonishing Muslims for producing so few Nobel Laureates, he was generally restrained in his comments in front of the sold-out crowd.

But Dawkins held firm when prodded on whether there were any circumstances under which he would pray:

“Not even if your airplane was plummeting to the ground in a death spiral?” Greene asked.

“I might use the word God,” Dawkins said, but not even then.

Dawkins first gained widespread fame after his first book, “The Selfish Gene,” was published in 1976. The book introduced the idea of genes as the fundamental units of natural selection rather than organisms. Instead, Dawkins said organisms should be seen as “survival machines” for replicating genes.

Like a computer, as long as we have the machinery we can do all sorts of tasks that we weren’t originally programmed to do, Dawkins said.  Our genes didn’t design us to paint or play golf, but they equipped us with the ability to do so.  We can add software to the original hardware.

These ideas, derived from the work of biologist George C. Williams, have generally stood the test of time, according to evolutionary behaviorist Michael McCullough, at the University of Miami.

“There was very little of Dawkins that he’s had to take back in the past 40 years,” said McCullough. “Matter of fact, ‘The Selfish Gene’ has been cited more in the scholarly literature than Darwin’s ‘On the Origin of Species.’”

In the past decade, Dawkins has become more famous for his views on religion than for his science.  It’s demeaning to tell children about frog princes and werewolves, said Dawkins, because “reality has a better magic anyway.”

As for the reality of limited brain cells, Dawkins speculated that we could end up like the humans in “The Black Cloud,” a 1957 novel by the British astronomer Fred Hoyle, who die when they learn the answers to the greatest questions of the Universe because their brains aren’t adequately evolved to process such complexity. But Dawkins thought it unlikely that we would reach our limit, citing how far we’ve come in so little time.

We’re essentially great apes from Africa, he said, so who would have thought that eventually we’d be able to do things like “compose a symphony or do physics?”