A more intimate relationship with your health 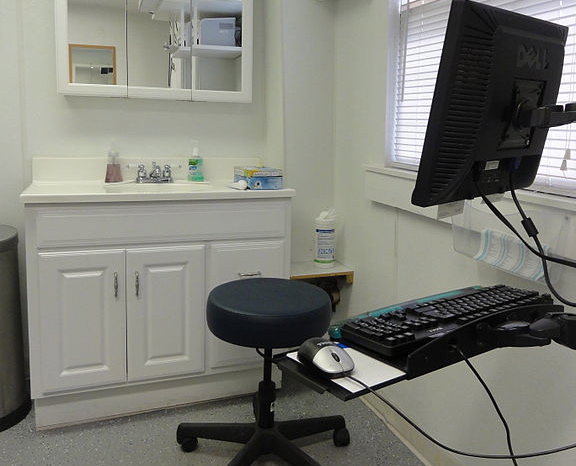 Is Dementia Screening Worth It?

An aggressive approach with no guarantees

Dr. Josh Umbehr wants to bring patients closer to their doctors. At his Kansas-based clinic, Atlas MD, Umbehr charges his adult patients $50 a month for unlimited clinic visits, house calls and the opportunity to text or tweet him 24 hours a day. Umbehr’s philosophy is simple: “If you give a family doctor a better way to communicate, you get better outcomes.”

Atlas MD is one of a growing number of direct primary care (DPC) clinics cropping up across the United States. Patients who join DPC clinics pay a set monthly fee – often between $40 and $80 a month – for basic medical care, while using private insurance or their own savings for emergencies and specialty care. The monthly fee also includes biopsies, ultrasounds and minor surgical procedures. It’s a model that claims to increase communication between patients and physicians, by promising specialized, personal and 24-hour care. The model also bypasses what Umbehr calls the “red tape” of insurance guidelines, aiming to give people friction-free, affordable access to medicine and services, whether or not they have insurance. At MedLion, another DPC clinic based in Las Vegas, founder Dr. Samir Qamar watches patients from all economic strata sit side by side in his waiting room. “It’s beautiful,” says Qamar.

But health policy researchers question whether the DPC model truly improves health care compared to the standard insurance model. The root problem of DPC is that it doesn’t cover emergency illnesses or specialty care, says Shana Lavarreda, a director of health insurance studies at the UCLA Fielding School of Public Health.

“What people need on an ongoing basis is a coordination of basic primary care with chronic condition services for serious illnesses,” Lavarreda explains. “Direct primary care creates a barrier where what we need is a connectedness. I don’t see it as providing any extra benefits for consumers.” Uninsured DPC patients would have to pay out of pocket to see a specialist or go to the emergency room, while insured patients would pay both their DPC and their insurance premiums and copays. If you’re healthy and wealthy, DPCs may make sense, according to Lavarreda. If not, she warns, it could double what you pay for health care.

Operators of DPC clinics freely acknowledge that they’re not set up to provide highly specialized care, but say the care they do provide is a great deal for most consumers. People should think about DPC the way they think about insuring their cars, where they only pay for what they need, explains Gabe Fine, who manages a number of direct primary care clinics for HealthAccess RI. “Car insurance helps you out when you have an accident, but it doesn’t cover oil changes. Traditional health insurance covers oil changes, break pad tune-ups, radiator checks – and as a result, we pay the most for health insurance,” says Fine. “With DPC, you’re paying for much less, so you’re making the whole product much cheaper.”

DPC advocates also say their patients rarely need to see specialists or go to the emergency room. Umbehr says his clinic can handle 90 percent of what he’s seen in the emergency room. “It’s mostly family medicine after hours,” says Umbehr, who worked in the ER full time before founding Atlas MD. “It’s coughs and colds, fevers and headaches, and bug bites and rashes. I can’t remember the last laceration I had to send to a surgeon because there’s so much I can do myself.”

When DPC patients do need a specialty clinic or a drug, their physician can usually refer them to a provider that can provide it at below-market cost, Umbehr says. Umbehr spent one afternoon calling around to get a patient a lower wholesale price on medicine. “With a couple of phone calls to my pharmacy buddy, I figured out how to help my patients save 90 percent on their meds,” says Umbehr.

Outside experts are not so optimistic. Lavarreda calls DPC a “stripped-down insurance plan” since patients still pay for basic services they might not use. And Nadereh Pourat, who also researches disparities in health access at UCLA Fielding, believes these basic services still don’t cover all that patients really need. “Nobody should think that by getting this they have circumvented the need to get comprehensive coverage,” says Pourat. “All it takes is one condition that requires you to get some tests, and those tests drive the cost up and you’re paying out of pocket.”

Indeed, Gabe Fine strongly advises DPC patients to buy insurance to protect them in case of serious illness, in addition to the monthly fee. Fine says most of his colleagues at DPCs would advise the same, just in case of an emergency situation.

Whether the monthly-fee model really delivers care that is a good or better than conventional insurance systems is an open question. UCLA’s Pourat says reliable comparative data is hard to find. The agreements between patients and doctors at DPC are not regulated, and there’s no oversight of the care they provide. “Since these are private arrangements, I don’t know if we’ll have any reliable estimates,” says Pourat. “Who is enrolling, and what are their experiences? DPC providers don’t have to answer to anyone or provide any data on what they’re doing to anybody. It’s hard to know if it’s a great thing or not.”

DPC operators argue that quality of care is higher at their clinics because doctors are paid by a monthly fee, and have little incentive to cram as many billable examinations as they can into each hour. “If you incentivize doctors for outcomes and penalize them for poor outcomes, they will optimize care,” says Chris DeNoia, vice president of Amplify Health, where he develops digital tools for physicians to track their patient’s health. DeNoia says DPC would offer incentives for outcomes because patients would stop paying and go elsewhere if they didn’t like the service quality they received, whereas happy customers would stay loyal to the clinic.

Despite the criticism from researchers, Umbehr says the number of people interested in DPC is growing. A website called iwantdirectcare.com displays a map that shows a large cluster of patients – represented by red markers – who signed a petition demanding more primary care clinics. But Pourat is wary of such surveys. “It’s a hypothetical question,” she explains. “It’s like predicting elections beforehand as opposed to predicting from exit polls. People say one thing and do another.”

Both Lavarreda and Pourat remain skeptical about DPC’s popularity, especially among lower-income individuals and families. “I don’t see many articles and reputable journals on this topic,” says Pourat. “Most of the information about DPC is speculative and commentary rather than actual data. It’s too new.”

Even if reliable numbers are hard to come by, there is some anecdotal evidence that DPC is growing. And at a time of widespread confusion and controversy over the implementation of the Affordable Care Act – known colloquially as ‘Obamacare’ – the simplicity of DPC and its promise of more personalized care may seem increasingly attractive to many Americans. “It’s not difficult to imagine a country where patients have a great relationship with their physicians, and see them as a primary point of care,” says Fine of HealthAccess RI.

But Pourat believes the benefits of choosing Direct Primary Care will depend on a patient’s own individual health and financial situation: “For people who can afford DPC, it’s a matter of convenience and personal preference,” she says. “For low-income people, it doesn’t cover the big-risk items.” She urges people to ask themselves two questions before choosing DPC: “What is the value to you as an individual? What do you want to get out of that relationship with the provider that you’re not already getting? That, I think, is a personal question.”

thank you very much for the article and we are excited to help move healthcare forward in a positive direction for our patients.

we are happy to answer any questions your readers might have.