A new element created from destruction 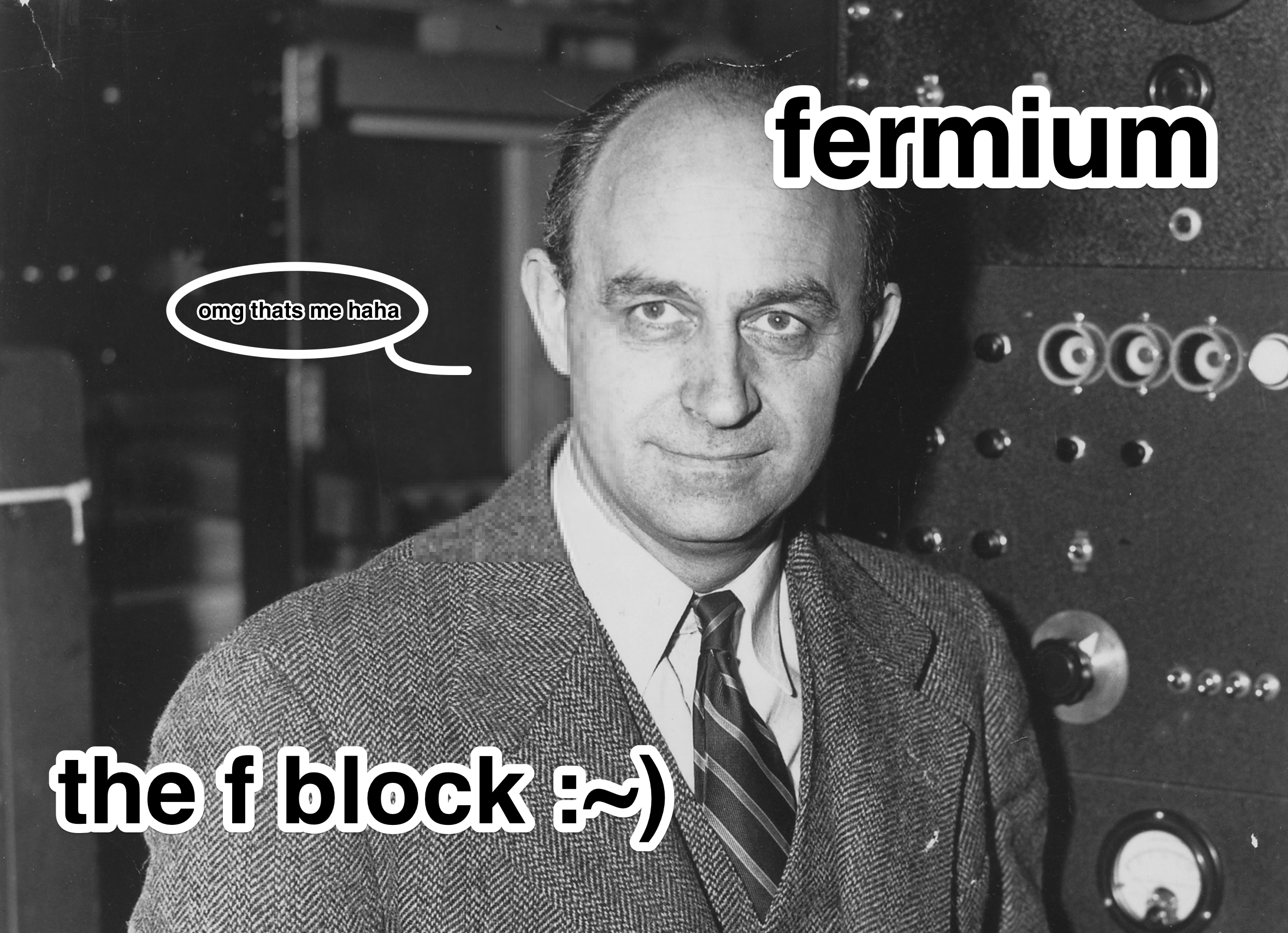 Imagine: It’s 1952 and you’re the United States, minding your own business dropping nukes on uninhabited islands in the Pacific Ocean. But one day, someone brings in some coral from the test site — and there are atoms from never-before-seen elements on it.

That actually happened, and one of those elements was fermium.

Scientists can only make fermium by shooting neutrons at smaller elements that suck up the particles and change identities through radioactive decay. This process is called neutron capture and is normally done in a lab, but Cold War-era hydrogen bomb tests were the first experiments to accidentally create trace amounts of fermium. 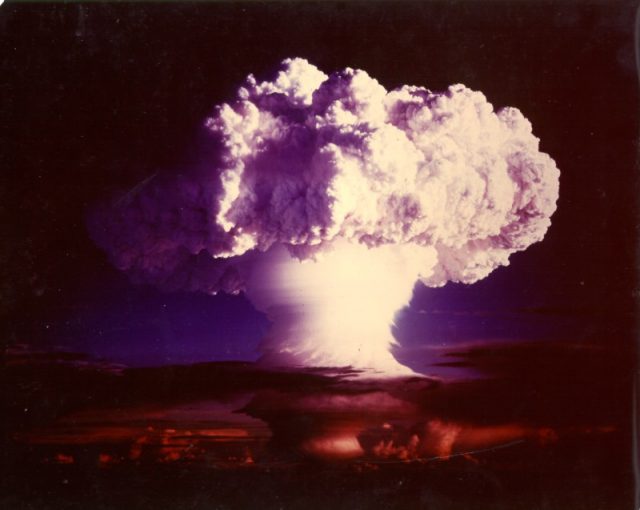 The mushroom cloud from the Ivy Mike hydrogen bomb test, which created a few atoms of fermium. [Image via US Department of Energy | Public Domain]

It was only in the Atomic Era that scientists started discovering more atoms like fermium that are larger than element number 94 (plutonium) — and aren’t found naturally on Earth.

Protons at the crunchy center of the atom determine the element’s identity. But the neutrons and protons added together count toward the atoms’ weight. And if you hit atoms with even more neutrons, the nucleus might suck one up through neutron capture. The atom will then become unstable and either split like uranium does in fission reactions, or go through beta decay, which results in new elements like fermium.

Through beta decay, atoms try to achieve a more stable ratio of the two particles in the nucleus by turning some neutrons into protons; the changing neutron creates and spits out an electron in the process. The atom’s weight doesn’t change, since electrons are much lighter than neutrons or protons, which weigh about the same. But now there’s one more proton than before. The atom has a brand-new identity — for every new proton, the atomic number goes up by one. Think of it this way: if you have both euros (neutrons) and dollars (protons), you might lose a few cents (electrons) when you exchange the currency. Since you have more money you can actually use, you can buy more stuff and feel like a whole new person.

Today, researchers might start with curium (element 96) and hit it with neutrons, creating lots of element 97, some element 98 and 99, and a few nanograms of element 100, fermium. But fermium atoms are too big to undergo further beta decay; instead, the element loses two protons and two neutrons, which produces more of element 98, californium. 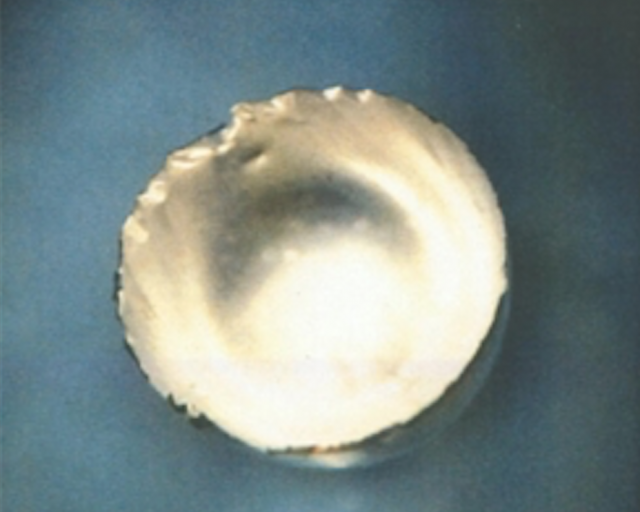 Scientists have to make fermium in a lab and haven’t made macroscopic quantities of it yet. This sample is an alloy, meaning multiple metals mixed together, of mostly ytterbium and a tiny amount of fermium. [Image credit: Ben E Lews | Public Domain]

Neutron capture doesn’t have to happen in a lab, though. When the U.S. dropped the first successful hydrogen bomb in the Pacific Ocean in 1952, the “Mike” device contained five tons of uranium. Lots of that uranium sucked up a single neutron or at most two and split. Some uranium, however, gobbled up enough neutrons that eight went through beta decay, forming atoms of fermium.

The U.S. government told scientists to keep their discovery a secret until 1955, since stating otherwise would imply that they’d set off a hydrogen bomb during the Cold War.

Once the secret was out, though, scientists decided to honor Enrico Fermi, one of the fathers of modern atomic physics, by naming the element after him. Fermi pioneered the neutron capture technique, which led to the discovery of fission and the invention of the atomic bomb. But more importantly, it also led to the creation of fermium, the element bearing his name.

Today, scientists have made 24 new elements through neutron capture and other methods we’ll discuss later. But fermium shows us that Fermi’s atomic theories could do more than destroy — they could create atoms anew.