A bridge to nowhere?

Natural gas may be delaying the arrival of clean energy 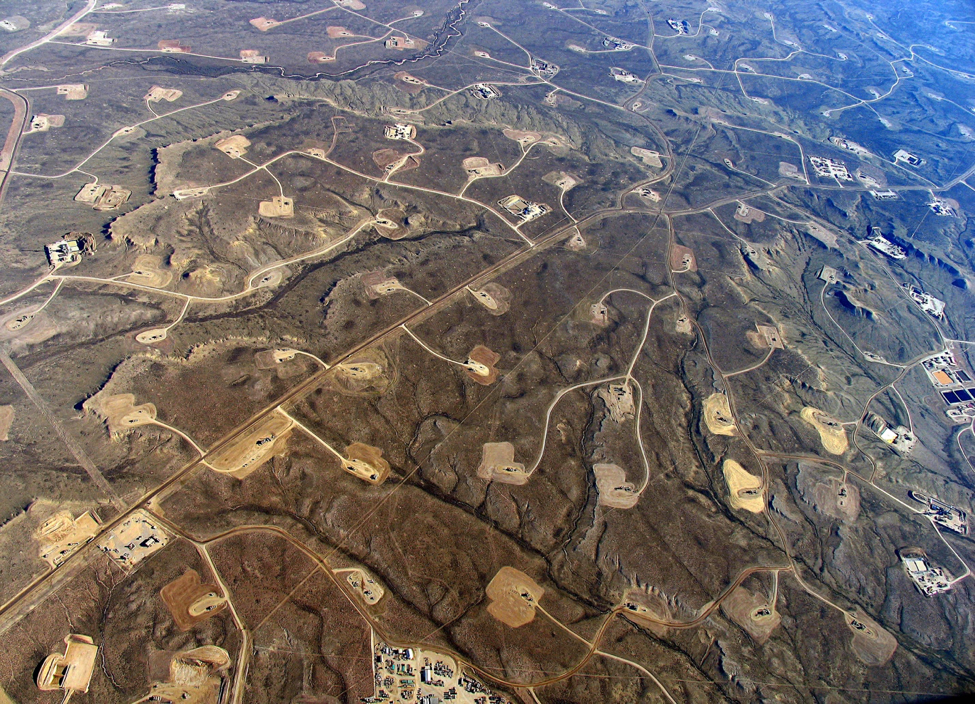 VIDEO: New York State: To frack or not to frack?

“We’re wrapping an extra blanket around our planet that it doesn’t need,” climate scientist Katharine Hayhoe said on Twitter. Hayhoe’s remark refers to the devastating effects of global warming and paints this crisis in terms even children can understand, which is helpful because global climate change will shape their lives. The earth is on a steady road to a hotter future, and most people agree that changing the way people generate and use energy could help ease the burden of future impacts on our children.

Scientists and policy makers constantly push the development of renewable energy technologies such as wind, solar and hydroelectric. But in the meantime, our society demands energy –– and lots of it. Since the 1990s, experts have touted natural gas as a viable alternative to coal for fueling power plants. The argument is that natural gas power plants produce 50 to 60 percent less carbon dioxide than coal power plants and can be created relatively easily by updating coal power plants.

President Obama has publicly supported this idea, and news outlets have featured stories of “Shaleionaires,” a word used to describe landowners on the Marcellus Shale who have gotten rich by selling their mineral rights. Supporters cite a shift toward natural gas as an essential step in reducing U.S. dependence on foreign oil.

Much of this public discussion positions natural gas as a so-called bridge fuel, which means that it will serve as a temporary solution while we invest in developing renewable energy technologies. But some critics argue that investing in natural gas just ensures more natural gas. So maybe it is not a bridge to cleaner energy as much as it is a bridge to nowhere. Whether natural gas will bridge the gap while we develop renewables or is here for the long run, it is already part of our strategy to combat climate change. While a way forward is constantly evolving, experts who have devoted much time and energy to this question can help us gain a better understanding of what is at stake.

If we want natural gas to just be a bridge fuel, a chief obstacle to overcome is the sheer momentum of our dependence on fossil fuels, which continues because politicians and corporations aren’t looking far enough down the road. With such a well-established dependence, how can we expect to make massive shifts in current energy systems given the time scale of global warming?

Nobody alive today was around when the Industrial Revolution of the 1800s laid the groundwork for massive burning of fossil fuels, which has led to the current levels of carbon dioxide warming our atmosphere. And while the global average temperature has risen and erratic weather patterns have become the norm, it seems likely that nobody alive today will be around to see the worst effects of global climate change.

Solutions we implement today may not yield results in our lifetime. But most scientists agree that we must do something. “I completely understand that nothing can be done today. Nothing can be done tomorrow. Nothing can be fixed next year,” says Cornell University’s Anthony Ingraffea, an expert on complex fracturing technologies –– better known as fracking.

But if we wait to find solutions, he says, successfully slowing the effects of global warming becomes increasingly difficult. And while scientists agree that human-induced global warming is a serious, looming problem, the solutions are not clear-cut.

That is why there has been so much talk about natural gas as a bridge fuel. Natural gas serves as a cleaner replacement for coal and oil –– cleaner because it produces less carbon dioxide –– while we develop renewable alternative energy sources that would render fossil fuels unnecessary.

Ingraffea, who holds a PhD in civil engineering, strongly objects to the bridge analogy. “A bridge is a spatial object that gets you from where you are to where you want to get without falling into what you don’t want to fall into,” he says. He recognizes that in the 1980s or ’90s, before we knew about the urgency of climate change, the bridge fuel argument might have had more relevance. At that point, people thought global warming was going to be a slow process and that solutions could therefore be implemented carefully and methodically.

But now we know that the pace of global climate change is quicker than previously estimated, with global mean temperature rising by nearly half a degree Celsius since the 1980s. “We’ve already crossed the bridge,” says Ingraffea. “The bridge was supposed to be a few years or a few decades while we’re ramping up renewables [when] we would be using something a little bit less deadly than coal or oil.”

In terms of carbon dioxide emissions, natural gas is a great alternative to coal and oil. Besides, it is making poor farmers rich and creating jobs stateside. But natural gas production releases lots of methane into the atmosphere through leakage in the harvesting process, and Ingraffea says methane is a much more harmful greenhouse gas than carbon dioxide. “Yes, carbon dioxide is the number one greenhouse gas [in terms of global warming potential] but methane is number two, and it’s a close second,” says Ingraffea.

While Ingraffea thinks fracking for natural gas is a short-sighted solution, not everyone agrees with him. In fact, Raymond Pierrehumbert, professor of physics at the University of Oxford, dismisses Ingraffea’s criticism out of hand. “One argument that should be ignored is that natural gas is worse than coal because of natural gas leakage,” he says. “It’s a zombie argument.” And by that, he means it keeps being resurrected when in fact it should just die.

Pierrehumbert sees investment in natural gas technologies, coupled with capturing and storing the carbon they produce, as an important part of a clean energy future. He does, however, agree that focusing too many resources on natural gas would be a mistake. “The real problem with natural gas as a bridge fuel,” he says, “is it makes renewables less economically attractive.”

This argument is more compelling than Ingraffea’s, which leaves few viable options in the short term. But regarding how investing in natural gas hurts the market for renewables, Pierrehumbert is optimistic that this hurdle can be overcome by using the extraction fees charged by large gas-producing states like Texas to invest in clean energy technologies: This allows us to rely on natural gas in the short-term, but does not create a scenario in which natural becomes a bridge fuel to nowhere.

It also acknowledges the realities of the fossil fuel industry: If we stop using oil and gas, a lot of people would lose their jobs. Technological revolution does not happen in a vacuum, and these social aspects must be considered. After all, these changes won’t occur overnight and people need to earn a living. And even if changes could occur overnight, our problems would not just go away.

That’s not to say that carbon dioxide is not an important consideration. To combat global warming we should be focusing on clean energy technologies that decrease our dependence on fossil fuels of any kind. There are obvious advantages to reducing both carbon dioxide and methane, so any viable solution is clearly going to require global reductions in both gases. “It’s not one or the other. It’s both,” says Ingraffea. “And we should do everything we can to decrease both. And that means not buying this bullshit about a bridge fuel.”

Ingraffea’s skepticism may position him as a realist, but Pierrehumbert’s optimism about finding balance in creative solutions to climate change is more attractive. “It’s a technological challenge, but it’s well within our capabilities,” he says. Successfully addressing global warming “doesn’t mean shivering in the dark.”

barriers may sometimes be meaningless