The Cheat Mountain salamander is one of two protected salamander species whose habitats would be impacted by the Atlantic Coast Pipeline. [Image Credit: Hagerty Ryan, U.S. Fish and Wildlife Service | Public Domain]

A tiny salamander in the Appalachian Mountains just won a major victory over a proposed natural gas pipeline, with the help of the U.S. Forest Service. But it will take more than a finger-length amphibian to take down the $5 billion project, which will bring fracked natural gas from Pennsylvania to power plants in Virginia and North Carolina that now rely on dirtier coal.

In January, the Forest Service rejected the Atlantic Coast Pipeline’s proposed route through 40 or so miles of the Monongahela and George Washington National Forests in West Virginia and Virginia, citing a threat to sensitive Cheat Mountain salamander habitats. The pipeline’s backers answered with a new route, which still passes through 18 miles of national forest. While some industry experts think the pipeline’s construction is inevitable, groups of conservationists and private landowners still hope to nix the entire project as part of a broader campaign to stifle further development of the Marcellus gas formation in Pennsylvania. Pipelines for fracked natural gas are beginning to emanate from that region like legs from a spider and stopping pipelines could prevent other regions from relying on Marcellus gas. The Forest Service’s decision, though limited in scope, has pipeline opponents feeling more optimistic. 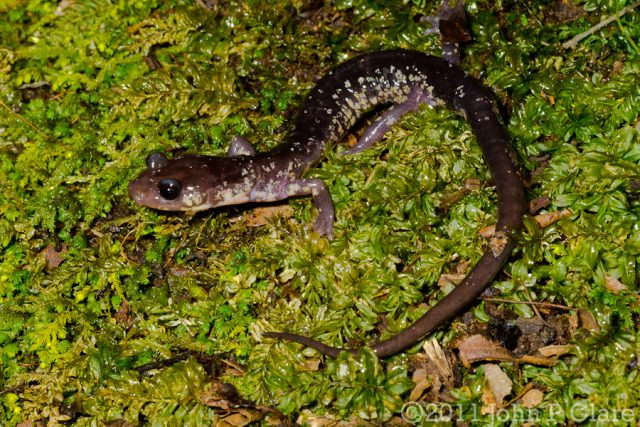 “The Forest Service has really shown it has some backbone,” said Ben Luckett, attorney for the Appalachian Mountain Advocates, an organization devoted to fighting fossil fuel development in the region. “We’re very happy they’re sticking to their guns.”

President Obama’s decision to reject the Keystone Pipeline last year reinvigorated activists to take on other pipelines, said Chris Smith, managing editor of the Oil and Gas Journal, an industry publication. “I think folks have realized that the pipeline is a more easily targeted surrogate for protests against the energy industry as a whole,” said Smith. “But at the moment there’s no safer alternative to pipelines to transport natural gas.”

The Forest Service’s rejection of the proposal almost certainly isn’t the last we’ll hear of the Atlantic Coast Pipeline. The Federal Energy Regulatory Commission makes the final call and rarely turns down a proposal, said Cesar de Leon, a former U.S. Department of Transportation official who now runs a company that consults on pipeline safety.

But pipeline advocates have won plenty of fights recently, too; companies like Transcontinental Gas Pipeline, Texas Eastern Transmission and others have expanded their Marcellus pipeline networks. With so much economic power arrayed against them, some environmentalists see campaigning against the pipelines as a monumental task. “It feels like we’re looking at a brick wall,” said Kirk Bowers, pipelines program manager for the Virginia chapter of the Sierra Club. “But we have to keep hammering it any way we can.”

Environmental groups argue that the Atlantic Coast Pipeline will have significant impacts on Appalachian forests. It would require the permanent removal of a 50- to 100-foot swath of trees along its entire 550-mile length so maintenance workers can access the pipeline. This could damage the habitats of threatened Cow Knob and Cheat Mountain salamanders, said Luckett. He also said the proposed route will pass through porous earth, meaning that gas leaks could seep into the region’s groundwater. University of Nebraska scientists Wayne Woldt and Jim Goeke made similar comments about the effect of the Keystone Pipeline on groundwater in 2011.

Dominion Resources, the pipeline’s Richmond, Virginia-based chief investor, says they are trying to take the Forest Service’s concerns into account, but are trying to balance those concerns with the concerns of landowners. Still, “minimizing environmental impacts is always a priority,” said Aaron Ruby, a Dominion spokesperson.

The pipeline backers’ core environmental argument, however, is that pipelines would help the region step away from relying on coal, which generates more pollution than natural gas. “That’s going to significantly lower carbon emissions in the region,” said Ruby.

While environmentalists generally agree that natural gas is better than coal, many argue that utilities companies should focus on renewable energy sources like solar and wind, rather than locking themselves into using fossil fuels for decades with pipelines. “If we’re making any investments, we should be making them in renewable energy projects,” said Luckett.

Adding gas to the fire are what pipeline opponents see as cozy relationships between government officials and pipeline investors. Virginia politicians, led by Governor Terry McAuliffe, are lobbying the Federal Energy Regulatory Commission to approve the project, and some key Dominion employees have close ties to the state government. Ann Loomis, Dominion’s Director of Federal Government Relations, was former Virginia Senator John Warren’s chief of staff, for example. Many other pipeline industry employees once held positions in the government as well.

While Dominion has proposed a new route based on the Forest Service’s concerns, the route still passes through 18 miles of national forest property. Now the Forest Service must again assess how the route will impact salamanders and the other sensitive species. 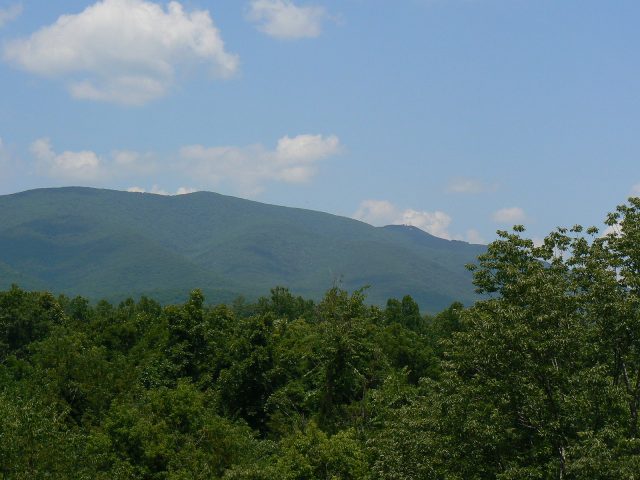 The latest route appears to address the issues raised by crossing sensitive habitats and other concerns that caused the Forest Service to reject the first proposal, said Kate Goodrich-Arling, public affairs officer for the Monongahela National Forest in West Virginia. But determining whether the pipeline has other issues will require more data from the pipeline company, according to Goodrich-Arling.

In the meantime, environmental activists plan to continue lobbying lawmakers to oppose the pipeline, hoping other passionate citizens will join them.

“People are very angry, they’re outraged, they’re mad as hell,” said the Sierra Club’s Bowers. “I came out of retirement to fight these pipelines because I was so concerned.”

It is simply untrue that environmentalists agree that natural gas is more environmentally friendly than coal. Natural gas emissions throughout the supply chain, from extraction to transmission to end use, greatly increases methane and ethane in the atmosphere. NG has both short-term impacts on human health as well as long-term impacts on climate change.

“While methane doesn’t linger as long in the atmosphere as carbon dioxide, it is initially far more devastating to the climate because of how effectively it absorbs heat. In the first two decades after its release, methane is 84 times more potent than carbon dioxide. Both types of emissions must be addressed if we want to effectively reduce the impact of climate change.” https://www.edf.org/methane-other-important-greenhouse-gas

“Emissions result from leaks and routine venting during the production, processing and transportation of natural gas, which is predominantly composed of methane. There are numerous individual components used throughout natural gas systems that are prone to leaks, including compressors, valves, pumps, flanges, gauges and pipe connectors, among others. In addition to unintentional leaks, a number of sources intentionally vent gas. One example is pneumatic valves, used throughout natural gas systems, which operate on pressurized natural gas and bleed small quantities of natural gas by design during normal operation. Additionally, gas is often vented from storage tanks, dehydrators, depressurizing equipment before maintenance and wells after hydraulic fracturing or when liquids are removed.” https://www.edf.org/sites/default/files/methaneLeakageFactsheet.pdf