One physicist’s view on what we need to do. 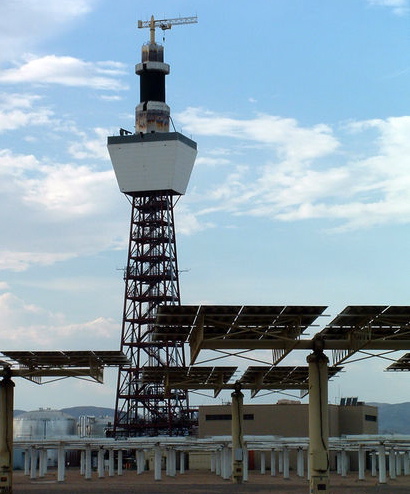 Martin Hoffert’s reddening face reflected either excitement or frustration – or perhaps both – as he explained why the United States desperately needs new sources of energy to avoid economic collapse and stave off the worst effects of global warming.

“We need to try everything!” Hoffert said in an interview at New York University, where he is an emeritus professor of physics. He described the issue of sustainability as a problem for humankind that requires broad technological solutions for both energy security and climate change.

While some of Hoffert’s proposals sound like science fiction – satellites that would collect solar energy and beam it down to Earth, for instance – publications like Scientific American and Nature have turned to him as a climate science and energy expert.

Hoffert also testified before the House Committee on Government Reform in a September hearing on climate change technology. In his testimony, he argued for a government-led program to find new energy sources that would be the modern-day equivalent of the “Manhattan Project,” which built the first atomic bomb, or the Apollo program that sent Americans to the moon during the 1960s.

“Government has a role in funding until entrepreneurs take over,” Hoffert said, referring to what he calls the “Valley of Death” period when a technology is too risky to attract private investment. He has repeatedly called for the government to spend $10-20 billion annually to develop new sustainable energy sources, and believes that current technologies are inadequate for coping with future energy shortages and global warming.

Other scientists, however, say that the government should emphasize using current technologies to reduce carbon dioxide emissions associated with the global warming trend.

“The best way to get a revolution in energy is to start with carbon mitigation,” said Stephen Pacala, the director of the Princeton Environmental Institute, referring to projects that capture carbon dioxide or offset its production. Pacala and Hoffert disagree on how quickly carbon dioxide emissions will rise, with Hoffert predicting a rise that will happen too fast for current carbon mitigation technologies to handle.

“I’m a geek, I love that stuff,” he said. At 68, Hoffert has recently taken up the hobby of flying radio-controlled airplanes, something he wanted to do since age 13.

Hoffert began his career as an aerospace engineer, but soon found himself attracted to environmental issues. Working first at the NASA Goddard Institute for Space Science and later at NYU in the 1970s, Hoffert became convinced that fossil fuel shortages and global warming, two crises just taking shape, could be a “stimulus for alternative energy.”

“Energy and the environment are two sides of the same problem,” Hoffert said. His determination to pursue that problem has led him to cross disciplinary boundaries between physics, engineering, climatology, and eventually to enter the political arena arguing for new energy policies.

“The average scientist says what is, and Marty says what ought to be,” said Ken Caldeira of the Carnegie Institution’s Department of Global Ecology.

Caldeira, a climate expert who regards Hoffert as a scientific and personal mentor, speculated that the political difficulty of creating massive programs has lead other scientists to endorse more modest measures like curbing greenhouse gas emissions with expansions of existing technology. But he said that Hoffert sees the consequences of climate change as disastrous and difficult to prevent without sweeping changes.

The Bush administration has embraced Hoffert’s argument for future technological solutions, but primarily as an excuse to avoid carbon mitigation. Hoffert, Caldeira and Pacala all disagree with the administration’s current lack of action.

Pacala explained that while he and Hoffert emphasize different energy technologies, they both encourage a combination of immediate action and research on future energy solutions.

Hoffert sees the challenge of preventing climate change as a continuing opportunity both to further technologies like solar power and to overhaul the nation’s electrical grid for improved efficiency and reduced vulnerability.

“When I was a kid, I wanted others to listen to me because I thought I had all the right answers,” Hoffert confided. He’s still talking to anyone who will listen.