Despite the health benefits of exercise, college athletes still struggle with depression. 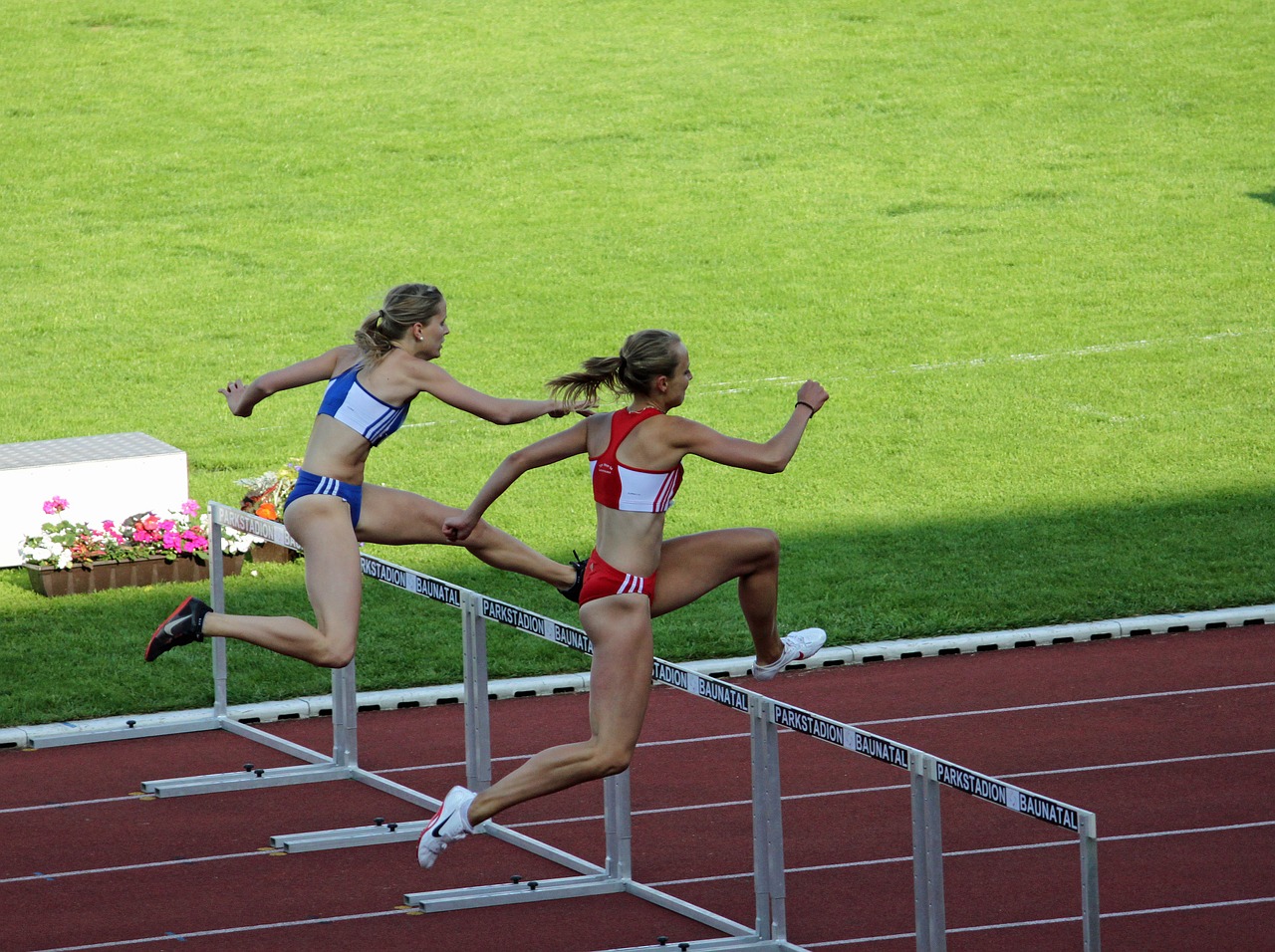 Healthy body, healthy mind — it is a mantra touted by doctors, psychologists, and athletes alike. As every avid gym-goer will affirm, regular exercise and group activity can do wonders to stave off depression. As college athletes prepare to start a new term this coming August, they’ll likely appear in better shape — both physically and mentally — than many of their peers. Yet these students, who by their very definition get copious amounts of both exercise and social activity, have just as high a risk for depression as their less athletic counterparts.

Even more surprisingly, female athletes are even more likely to suffer from depression than males, according to a study published in the British Journal of Sports Medicine. The researchers, who discovered that college athletes have an equal or even higher risk of developing depressive symptoms than non-athletes, also found that female track and field athletes have the highest risk of all.

“There is a perception among the public that athletes have a lower risk for mental health issues,” says study author Eugene Hong, a sports medicine physician and Chief of the Division of Sports Medicine at Drexel University. “But there has been next to no research looking at this. We felt this is a real problem that needs attention.” The study, he says, is among the first to evaluate depressive symptoms in National Collegiate Athletic Association (NCAA) Division I college athletes over several years and the first to compare different sports.

The study evaluated over 450 student athletes from a Division I school over the course of three years. Division I schools compete at the highest level of intercollegiate athletics, and have access to larger budgets, student populations and scholarships than other divisions.  In the investigation, the researchers did not diagnose the participants with depression since a clinical diagnosis requires an in-person evaluation with an expert. Instead, students completed the Center for Epidemiologic Studies Depression Scale (CES-D), which measures symptoms like loss of pleasure in previously enjoyable activities, and low energy and appetite.  Many mental health experts use this scale as a screening test to identify patients at risk for depression. Hong and his fellow researchers found that nearly a quarter of the athletes experienced depressive symptoms, a value nearly identical to the general college population.

“Our findings are almost paradoxical,” he says. “We know from medical literature that exercise is good for both mental and physical health. So what’s going here?”

This issue looms much larger than a simple, if confusing, enigma. More than ever, college students grapple with anxiety and depression. And student athletes, who have a reputation for stalwart mental health, struggle with the same issues. In January 2014, Madison Holleran, a University of Pennsylvania student and varsity track star, committed suicide. That December, Ohio State football player Kosta Karageorge did the same, sparking new discussion on student athlete mental health. Yet these students continue to struggle.

Time management may play a large role, Hong suggests. “College student athletes might spend up to 40 hours a week in practice on top of regular schoolwork. That’s a lot of time devoted to sports,” he says. That leaves little time for classwork, socializing and even sleep.

Hong also argues that students might struggle with pressures unique to athletics, such as failing to meet the expectations of their coaches, teammates, families, and spectators, not to mention their own standards.

“College athletics have very high stakes if you’re leading your team,” says one Division I track and rowing athlete, who requested that her name, school and class be omitted due to the sensitive and personal nature of the discussion. “If you’ve been amazing all your life and haven’t developed resilience skills, they can be really mentally taxing,” she says. Notably, the student holds a high-ranking position in her college’s student-run mental health organization.

“I see athletes with mental health issues all the time, but it’s not something we like to talk about,” she continues. “Sometimes it’s downplayed because you don’t want to show weakness or bring down the team.”

Other research further emphasizes the psychological cost of athletes’ own drive to succeed. A 2013 study published in the Clinical Journal of Sports Medicine identified an unusually high occurrence of clinically diagnosed depression in elite professional swimmers who reported failed performance. “Athletes are more affected by failure than we think,” says clinical sports psychologist and study author Thomas Hammond, who practices at the Australian Institute of Sport. “Rather than expecting people to move on and get ready for the next game right away, we need to do more to help them recover, as we would after a physical injury.”

Storch proposes several possible explanations. “Maybe females have more pressure on them to perform well academically and socially to meet a certain image or stereotype,” he suggests. “Maybe the males are more focused on the sport because of post-college recruitment to professional teams.”

Social support may also play a significant role in this discrepancy, according to Storch, whose study also found that female athletes reported less social support than their male counterparts. “It’s surprising — I watched my school’s women’s soccer team play last night and was struck by how team-oriented it seemed. But the data are what they are.”

The track and rowing athlete’s own experiences seem to support this explanation. “I felt a lot more isolated in college,” she says. “We were all best friends on my high school team, we spent all day in class together and all day at practice together. In college, I felt like I was the outsider.”

Hong cautions that his study couldn’t discern whether more female students had depressive symptoms, or whether they instead felt more comfortable sharing this information. “We don’t know for sure,” he says. “The same phenomenon exists in concussions, where females report higher rates than males.”

His study’s final major finding revealed that signs of depression varied by sport — female track and field athletes had double the risk of symptoms than any other group. Considering running’s reputation for releasing “feel-good” chemicals that induce “runner’s high,” this may seem puzzling. “Track’s an individual sport,” Hong says. “In soccer, all 25 players on the team win or lose together. But in track, there can be 25 teammates but only one winner. This puts a tremendous amount of pressure on the athlete.”

Hong adds that injury might also contribute to track’s unusually high rates of depressive symptoms. “Many of these students link their athletic activity to their sense of self, so anything that interferes with athletics might interfere with their self identity, “ he says.  “Injury rates may differ among sports — I never met a committed runner who didn’t have some element of shin splits.”

The college track athlete, who sustained a running career-ending injury, agrees. “My identity was ‘a runner’ for the most developmental years of my life and when I lost that I had no idea who I was anymore,” she says. “The first time I got injured was devastating. My coping mechanism had been running and that was taken away when I needed it most. I had no idea how to deal with it.”

Fortunately, the athlete eventually learned to adapt. “When I realized I couldn’t run anymore, I cried for like 2 hours. It was truly a loss. It was the first time in my life that I grieved. But then I moved on and tried to figure out how to move forward.” On the advice of her track coach, she tried out for, and joined, the rowing team. “I had never rowed before in my life,” she says. “But I could still see myself as an athlete,” she says.

Although Hong’s research reveals new insight on mental health issues in college athletes, researchers acknowledge certain limitations. “The study relied on a self report form, which doesn’t look at the impact on individuals’ functioning,” says Hammond. “A clinical interview could evaluate this impact. But their study had a huge number of participants, which provided a nice snapshot of a large group of people over time.”

Hong admits that research in his field has far to go. “There is a lot overlap between anxiety and depression, and with eating disorders, which are a major issue for sports medicine physicians,” he says. “ We are very concerned about both of those issues, and we are just scraping the surface with this study.”

Despite the limitations, the study still highlights depression’s pervasiveness among college athletes. Hong and his fellow researchers assert the need for immediate action to help the students.

“For athletes, like with any students, you need to make mental health resources more accessible, reduce stigma by talking about it, and let athletes focus on life as well,” says Storch. “There may be a bigger stigma for mental health issues for athletes than non-athletes, especially with males. These issues aren’t seen as macho or cool.”

Hammond similarly suggests changing the way the public thinks about athletes. “There is a lot of expectation and judgments placed on athletes. If we take more of an acceptance-based, mindful approach, refocusing back on the here and now rather than dwelling what’s in the past, that might be helpful,” he says.

Hammond also encourages athletes to view mistakes as an opportunity to grow. “We should change the way we approach failure. Rather than seeing it as a negative experience, use it an opportunity to learn to get better.”

Thanks for sharing your tips.
I am an athlete, I do running. Once in a while I feel pain on my knee after practice run.
I should see my doctor soon.